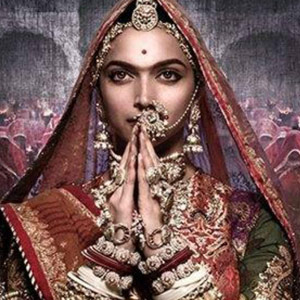 The passions surrounding the film Padmavati speak of the sad debacle of banning a movie through the bully pulpit, based entirely on conjecture. One can only imagine the exasperation of the filmmaker who has said that the very people who are rebel-rousing against the film on the grounds that it brings dishonor to the Rajput queen would likely cry in gratitude—if they would only watch the movie.

The tolerance and acceptance of difference, that once accompanied India’s remarkable diversity, are wearing thin these days.

Culture and history have become new battlegrounds in India. Debates over the Taj Mahal’s position as a symbol of multicultural India have yet to be settled, yet the nation is already being torn apart further by another cultural controversy—this time, over a film.

The film, Padmavati, tells the story of an eponymous Rajput queen believed to have died, together with 16,000 other women of the Rajput warrior caste, by self-immolation in 1301, in order to avoid being captured alive by the invading Delhi Sultan Alauddin Khilji. Despite not even having been released, Padmavati has already inspired countless front-page stories and debates on the evening news, hysterical threats of violence, and a ban in four states governed by India’s ruling Bharatiya Janata Party.

The historical accuracy of Padmavati’s story is dubious: no contemporary account of Khilji’s attack on Chittorgarh, including by historians accompanying his forces, mentions the queen. Yet Padmavati has been a figure of legend since 1540, when the Sufi mystic poet Malik Muhammad Jayasi devoted his lyrical epic “Padmavat” to her story.

It has been suggested that Jayasi did not intend his tale to be taken literally, and that his work, instead, represented the Persian mystical-poetic tradition of using romance to represent humanity’s search for the divine. By this interpretation, the poem is an allegory for the union of mind and soul, under attack from external forces. Jayasi chose Khilji’s attack on Chittorgarh as a setting for his epic, because its name includes the word chit (consciousness). 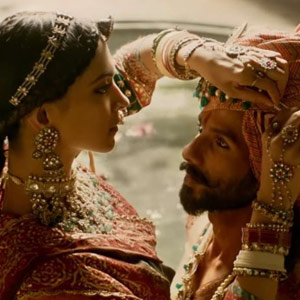 But literature, once published, acquires a life of its own. Jayasi’s tale was retold countless times, by Bengali bards, Rajasthani folktellers, and even the English Colonel Tod, who included Padmavati’s tale in his compilation Annals and Antiquities of Rajputana. Through those retellings, her self-immolation (jauhar) became a noble act of resistance against the lustful Muslim, making her an exemplar of unsullied Hindu womanhood.

Over time, Padmavati was effectively deified. The reputed site of her suicide became a tourist attraction. The head of a Rajput organization, the Karni Sena, claimed to be her direct descendent. (When confronted with the view that she was fictional, he replied, “I am 37th in her direct line of descent. Am I a ghost?”)

With so much riding on Padmavati’s image as a symbol of female honor and purity, Sanjay Leela Bhansali, the Bollywood filmmaker who set out to make a film of her story, unwittingly became a target of historical passions. The Karni Sena trashed the film’s set at Jaigarh Fort in Jaipur, and disrupted further shooting in a new (less “authentic”) location at Kolhapur, accusing Bhansali of filming a love scene between the Hindu queen and the Muslim invader. The Rajput community is also rumored to have delayed the release of the film on the grounds that it “distorted history,” though Bhansali has denied this.

The film’s detractors, including the four BJP chief ministers who instituted the preemptive bans, did not even see the film before condemning it. That is how defensive some Hindus in India have become over the version of history to which they subscribe—even when, as in Padmavati’s case, that history may well be nothing more than a figment of collective imagination.

No less an ardent secularist than India’s first prime minister, Jawaharlal Nehru, summed up the phenomenon seven decades ago: “Facts and fiction are so interwoven together as to be inseparable, and this amalgam becomes an imagined history, which may not tell us exactly what happened but does tell us something equally important—what people believed had taken place, what they thought their heroic ancestors were capable of, and what ideals inspired them.” This “imagined history”—“a mixture of fact and fiction, or sometimes only fiction”—becomes “symbolically true.”

This explains, in a nutshell, the opposition to Padmavati. For some Hindus, the difference between historical fact and cultural myth does not matter; what is remembered and believed is as important as what is verifiable. And in today’s climate, where “taking offense” is the name of the game and “hurting the sentiments of a community” is the name of the crime, that perspective is particularly relevant. The old Hindu boasts of expansive tolerance and acceptance of difference—the very tenets that underlie India’s remarkable diversity—are wearing thin these days.

But there is precedent for this response. Indeed, Bhansali should have taken heed of the backlash against another film a decade ago. That time, hairdressers objected to the film Billu Barber, arguing (absurdly) that the term “barber” is an insult to their profession. So they threatened to protest the film everywhere it was shown—threats that forced the Bollywood star and producer to drop the second word, renaming the film simply Billu.

It may not seem to matter much what some lumpen elements think of a Bollywood film. But such responses reflect the same narrow-mindedness that led to the notorious “pulping” of Sanskrit scholar Wendy Doniger’s erudite books on Hinduism. While it may seem alarmist to suggest that freedom of expression in India is in peril, the atmosphere of intimidation by inflamed mobs, to whom governments surrender all too willingly, is palpable. By permitting these intolerant bullies to get away with their lawless acts of intimidation, we are allowing them to do violence to something vital to India’s survival as a civilization.

A pluralist and democratic India must, by definition, tolerate diverse expressions of its many identities. To allow self-appointed arbiters of Indian culture to impose their hypocrisy and double standards on the rest of us is to permit them to define Indianness down until it ceases to be Indian.

Shashi Tharoor, a former UN under-secretary-general and former Indian Minister of State for Human Resource Development and Minister of State for External Affairs, is currently an MP for the Indian National Congress and Chairman of the Parliamentary Standing Committee on External Affairs. He is the author of Pax Indica: India and the World of the 21st Century. This article was first published in www.project-syndicate.org