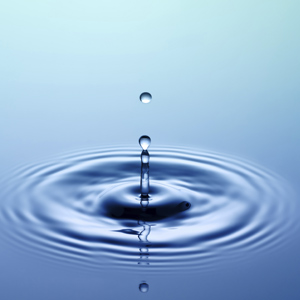 Raji was looking forward to a long relaxing bath. She even took the day off to really savor it. With the kids off at school, the house was empty and quiet. She mentally fixed the time at which she would take her bath; at noon she would fill the bath tub with nice warm water and put a few drops of her favorite lavender oil. The birdie from the clock popped out—it was 9 a.m. There was enough time to go to the gym and maybe even get some bath essentials. Raji tried to remember the last time she had filled her bathtub. Was it three months ago? Since the water rationing started, all she could afford was a quick five-minute shower. As she pulled up her yoga pants she considered the book she would take to the tub. Casual Vacancy was a disaster but she was not ready to give up on Rowling. She downloaded Cuckoo’s Nest on her kindle. She had heard good reviews about it.

Raji really wanted to use the restroom. “Flushing would waste 1.6 gallons of water, even with these water efficient toilets.” She decided to wait till she got to the gym.

She slipped into her neon orange sneakers and headed out. She started her Nissan Leaf and glided down the smooth road. As she checked her rear view mirror she wondered how the entire intelligentsia were so focused on finding a solution to the energy crisis that they completely missed another important resource crisis looming behind them. Her mind wandered to her childhood days in Chennai, the ones in which the city experienced severe water crisis. 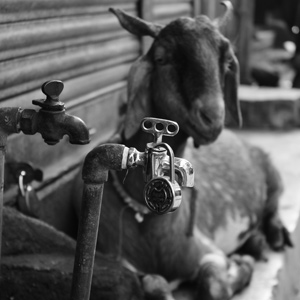 “Amma—thanni lorry,” the water lorry is here, she would scream. That would be a cue for her mom and older sister to rush out with buckets and pots in their hands.

After the city’s reservoirs dried up, the government decided to provide water to its residents using these water trucks. The water came from distant sources. Raji had heard adults talking about a portion of the water supply coming all the way from Andhra Pradesh, in goods trains.

The water tanker would stop at the intersection of the four streets. Before the driver turned off the ignition, a long line would form. The colorful plastic pots soon snaked all the way to the end of the street. Raji always thought of them as the lorry’s tail.

Whenever her grandmother recounted the story of Hanuman’s tail growing larger and larger at Ravana’s court—she imagined it to be similar to the line of pots expanding faster and faster within seconds.

The lorry driver was the king. He would get down and saunter around the vehicle. All eyes would be on him. He would lift the lower part of his lungi and tie it above his knees and leisurely light a beedi. Intense suspense would fill the air. Everyone waited for the moment the water would come gushing out of the green tube attached to the tanker. Jayanthi’s mom always got two extra buckets of water. Jayanthi told Raji that her mom secretly gave the driver a tiffin box full of mutton curry every other day.

The gym was fairly empty. Raji briskly walked towards the women’s room, put her stuff in a locker and used the restroom. While washing her hands she noticed that only two water faucets were functional. The rest of them had a bright yellow tape over them.

The water stopped in exactly 15 seconds. She would have to wait one whole minute before the water turned on again. Bubbles from the lather were popping on her hands. Frustrated, she quickly moved to the other faucet and rinsed them off in a hurry.

All the showers were locked. The gym must have been running close to its allowed water usage limit. She sighed! California—the land of milk, honey, gold, and high-tech had changed drastically after going through a six-year drought. Its residents had to humbly accept water rationing as a way of life. A family of four, like hers, was allocated only 150 gallons of water per day. If the family exceeded the limit the water supply turned off automatically for the day. If you did that three times in a row within the period of a month you got a hefty ticket. Smart meters—she fumed angrily. Rumors were afloat that the rationing was going to become even stingier. Her family would probably get only a hundred gallons a day. How does one run the dishwasher, laundry, and sprinklers within that small quota she wondered?

Raji told herself to think happy thoughts. After her workout she would soak herself in a wonderful bath. Her husband was travelling on business for the past four days, so she had this nice water usage credit built up. She would use every drop of it for a wonderful bath.

She pulled out her Beats headphones and started listening to Sudha Ragunathan’s rendition of “Jagadanadakaraka.” Her footsteps on the treadmill were in sync with the mridangam beats. Karnatik music filled her soul, but her thoughts drifted.

Little Raji was aghast when she saw people rushing with their buckets. It was only 2 p.m. On Saturdays the water lorry was not supposed to come until 5 p.m. Her mother had taken her sister to a store in Mount Road to buy Resnick and Halliday. Her sister was always the smarter one.

The line was getter longer by the minute. A very crowded bus stopped on the other side of the road. Raji looked at it hopefully.

Unfortunately, her mother and sister were not among the passengers alighting from the bus. Neighbors were all returning with pots full of water. Raji panicked. What would her mother do, without the tanker water? The well water was brown and muddy but her mother had a method to make the water passable for washing. Empty buckets were covered with her father’s old veshti, and well water would be poured through them for filtration. But her family relied on the tanker water for cooking and drinking. Raji was too intimidated to ask her neighbors for help. She decided that she would take matters into her own hand. She rushed in and took two buckets and ran outside. Her grandmother was still taking her afternoon nap. Not that she could help if she were awake—her grandma could barely walk by herself around the house.

The crowd had dwindled. There were only two people ahead of her. The first was a fat man wearing a white kurta, and next in line was an older lady. Raji recognized the lady. She was Jayanthi’s servant maid. The flow of water from the green tube was starting to thin out. Raji fervently prayed for the water to last until it was her turn.

The water lorry loudly belched and took off. Raji was standing in the middle of the road with two buckets of water. The road was deserted except for Jayanthi’s maid making her way slowly with a plastic pot on her hips and a bucket full of water on her other arm.

Raji lifted the two buckets. They were really heavy. She quickly devised a plan; she would just walk five steps then put the buckets down to rest her hands. Her house down the road seemed miles and miles away. She started walking—slowly at first. But in her hurry to get home, her pace quickened, her Hawaii slippers flipped, and she fell on the tar road. The water from the buckets spilled and flowed onto the dry parched street.

Raji started crying. She had never felt so humiliated and miserable in her life. The sorrow at the sight of wasted water grew as a huge lump in her throat. Ashamed, she sat on the ground with her shoulders slouched and her head hung between her knees. Her sister was right, Raji thought, “I am good for nothing.”

A shadow fell on her. Raji looked up. It was Jayanthi’s maid.

“Azuvatha papa,” (Don’t cry) the maid consoled. The maid put her own bucket and pot on the road and pulled Raji up, then in the ultimate act of kindness poured some water in both of Raji’s buckets. Raji was touched by the maid’s compassion. “What a huge heart she has,” Raji marveled. That benevolent act left an indelible imprint on her. Later in life Raji would replay this event again and again. In moments of despair she would recall this incident and conclude that there was a modicum of hope for humanity.

Raji’s cell-phone timer vibrated. Her time on the treadmill was over. She contemplated doing some weights and decided against it. Cool breeze hit her face as she walked out of the gym. She then walked into the store next-door and bought lavender oil and Epsom salt. She carefully placed the items in her trunk and drove home.

Raji stopped on her driveway. She was about to open the garage door when she saw someone from the corner of her eye.

It was Jamie, a Pleasant High School senior from next door. Raji liked her. Jamie was usually well dressed, though that day Jamie was wearing a baggy sports jersey and running shorts. Raji had hired her as a baby-sitter for her kids on several occasions. Jamie was polite, intelligent, and was always at the top of her class.

“Mrs. Raghavan, I have a late start today and just came back from my jog,” Jamie anxiously rattled off as she tried to wipe off her profusely sweaty forehead with her jersey.

“My sister must have used up more water than she should have,” Jamie said in the politest tone she could muster. Her furrowed eyebrows gave away her anger towards her sibling. “Now they have turned off the water.”

“Mrs. Raghavan, I have a college interviewer from Yale meeting me today. My mom is at work and is not picking up her phone.” Jamie was almost in tears. “Would it be terribly inconvenient if I took a quick shower at your place?”

She hesitated a bit.

“That is awful, Jamie! So sorry! Our water was turned off today, too! Rohan must have left some tap running in the morning. I, myself just went to the gym to see if there were any showers operational.”

Jamie thanked her and walked away.

Raji drove inside; she made sure she closed the garage door before picking up her bath essentials.

She filled the tub with water. When it was halfway full she splashed the water with the fingers and checked it to see that it was at the temperature she liked. She put ten drops of lavender oil and Epsom salt. She hopped in and comfortably stretched herself in lukewarm water and started browsing her kindle.

“Jamie is a smart girl. She will be fine. Yale is not going to turn her down just because she showed up to the interview without showering. ”

A little pang of guilt gnawed her stomach. She swept those thoughts away and focused on enjoying herself.

Sujatha Ramprasad is a computer engineer with great love for philosophy and literature.