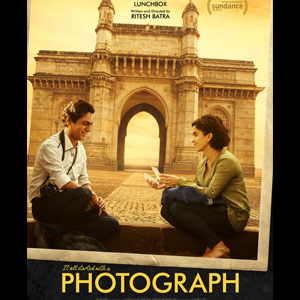 Photograph, says director Ritesh Batra, is “a story about two people finding love in the corners of their hearts they didn’t know existed.”

Ritesh Batra, of The Lunchbox (2013) fame, gives us Photograph, an unhurried love story in an age where Tinder trials are fast becoming the norm. He develops this heartwarming panorama of hearts entwined at a meditative pace that slows time down. The film, 38-year-old Batra’s four-year labor of love, is achingly beautiful as it trails—but never stalks—the protagonist, Rafi. Played by Nawazuddin Siddiqui, Rafi is a simple man (though not simpleminded—there is much depth to him) from the lower rungs of society. Rafi earns a living as a street photographer while Miloni, played by Dangal star Sanya Malhotra, is a young girl from the upper echelons coming into her own. As if to sharpen the divide between their pedigree and purse, Batra tosses in the divisive element of religion: Rafi is a Muslim, while Miloni is a Hindu. A chance meeting between the lensman and his newfound muse, the palpable beating of two hearts as affection takes root, a delightfully meddlesome Rafi’s grandmother with his marriage on her mind, and the gritty beauty of Mumbai as the backdrop—all are well developed elements meticulously composed in Photograph. 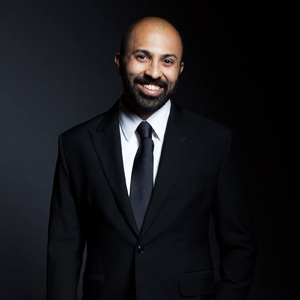 Director Ritesh Batra (left)  is an authentic filmmaker who doesn’t succumb to commercial calculations. Not surprisingly, Photograph is a rewarding film for those looking for subtle but compelling stories of human relationships.

Reflections on class, religion, and tradition are clearly visible through Batra’s unfiltered lens, but the focal point never strays far from the lead characters, and their world replete with dreams. When Miloni agrees to play along and pretends to be Rafi’s fiancée when his grandmother comes to Mumbai, one may wonder about the inner workings of her sharp mind to have willingly accepted that role. But it isn’t long before the viewer’s attention returns to the gradually unfolding magic between Rafi and Miloni who both appear to be searching for something they can’t quite grasp.

Siddiqui and Malhotra deliver carefully calibrated performances that create the blank spaces, like gaps between crocheted threads, to conjure the emotional veracity Batra is striving for. Their individual journeys are as relevant to the plot as is their evolving relationship. While The Lunchbox gave us an array of delectable fare, Photograph reminds us, ever so gently, to chew slowly and savor the flavors. There’s another parallel with Lunchbox: the theme of heartfelt connections forged in unlikely circumstances between two people no matchmaker or dating algorithm would couple. Is there a recurring motif here, of finding magic in the mundane? Batra agrees, saying, “Yes, the characters find love in unexpected places, in unexpected ways. It really is all about finding love and slowing life down to those moments.”

Speaking of slow, while Photograph has been acclaimed by critics, its leisurely pace hasn’t gone unnoticed either. Was the decision to maintain an unhurried cadence a deliberate one? Batra explains, “The pace of the film depends on the characters. It is their story of finding love in the hidden chambers of their heart and that is a process, a journey. So the pace of the story is driven by the people leading it. Life is fast, sure, but it slows down, too. Rafi and Miloni find love in those quiet, calm moments that unfold on screen.” 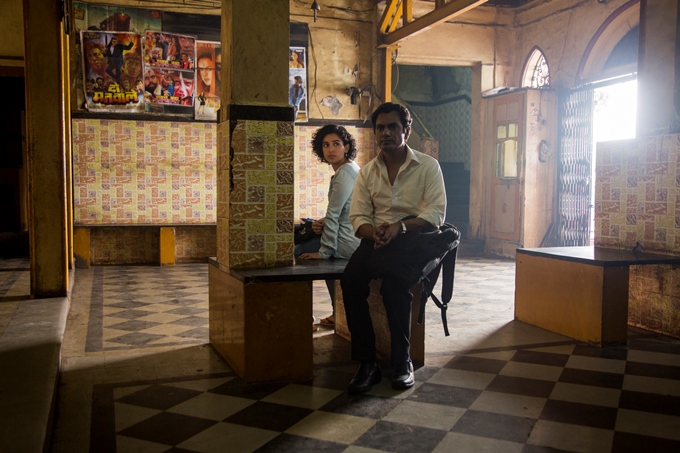 A still from the film Photograph.

As with Lunchbox, the cityscape plays an integral role in Photograph. Mumbai is bustling, cacophonous, while Rafi and Miloni are quite the opposite, soft-spoken and restrained in demeanor. Batra explains the presence of the city in his film, “I left Bombay 19 years ago, and there is a sense of nostalgia about the city. I miss it. The idea was to make the characters believable. They are both introverted, shy people living in that environment. It was important to develop the storyline to make that evident. Life is always busy, but things can slow down as well.”

In addition to the internationally successful Lunchbox, Batra is credited with directing The Sense of an Ending (2017) with Jim Broadbent, and Our Souls at Night (2017) with Robert Redford and Jane Fonda. During an interview with Kevin Smith at the Sundance Film Festival earlier this year, Batra described the Hollywood set like a well-oiled machine with hundreds of people working in sync, while in India, the number of curious onlookers was always more than the crew. In either setting, Batra seems equally comfortable and confident.

He is equally sanguine about working with venerated actors like Fonda and Redford on the one hand and rising stars like Sanya Malhotra. Says Batra, “Every actor is different. Some come with strong ideas. Some like to discover and explore. And so they need different things from the director. Even Redford and Fonda, for example, were very different in terms of what they needed from me. A director has to be exactly what an actor needs, and every actor is different whether they have decades of experience or they are just starting out.” 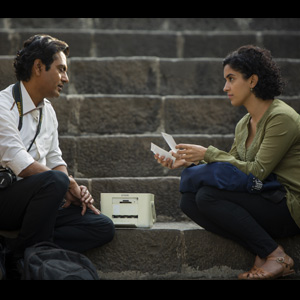 A still from the film Photograph.

Given these insights into the craft of filmmaking and his intuitive understanding of the simplest and most vital human emotions, it’s interesting to know that Batra is an economics graduate and once worked as a consultant at Deloitte before his passion for cinema became all-consuming. He enrolled for a course in filmmaking in New York University, but then left midway, preferring to just get going with his new profession. Commenting on this, he says, “Every person is different. I think some school is great. It made sense to me. It gives you the tools. But beyond that, it comes down to the individual, what works for them and what doesn’t. I’m not saying school is not good or don’t go to school. Not at all. Just do what is right for you. You have to see what will take you in the direction you want to go.”

What’s the ideal time to watch Photograph?
Maybe on a lazy summer afternoon when time is not of the essence!