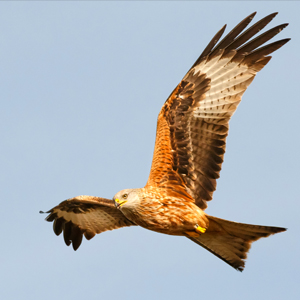 In the second story of our new column, readers travel to the sprawling city of Delhi to get glimpses of a woman’s life as a wife and daughter-in-law.

Stomach flesh stops her from touching her toes; she only reaches her knees. She goes red in the face as she straightens out. She kneads the flesh with tight fingers before a huge sigh escapes her pursed lips. It emerges in the form of a spent whistle. Her plump arms in a purple velvet kurta reach up to put stray hairs in place.

She is sweating. The effort is too much. The winter sun streams in through the window, illuminating her face. It is sharp-featured, and you can still see the beauty she once probably had. You need to ignore the sag of the cheek, the wilt of the spirit. Beauty needs, over age, a spirit to keep it alive.

She watches a kite circle overhead, and thinks, these kites will soon shift from Ghaziabad and the garbage dump to East Delhi; it will not be long. Her husband, Anant, likes to show off about the places he parties in, the homes he visits. He had wrinkled his nose once, though, sneering at a colleague’s home in Ghaziabad. The home overlooked the landmark dump. Someone mistakenly opened a window and the air rushed in, making everyone rush out.

“It is just a matter of time before the dump overtakes Delhi,” he had said to her and she had nodded, too tired to really give his statement much thought. The whole day his mother had whined in pain and Aakriti had spent her time caressing her brow and singing words of solace.

Aakriti cares for her mother-in-law. The lady has helped her survive this family she married into at the young age of eighteen. Her mother-in-law has been her ally and her ear, helping her sob through the nights Anant returned drunk, the days of pregnancy and the loss of the baby, the label of being a barren woman after that. Her mother-in-law knows Anant has not slept with her for years.

Twenty years into the marriage and at thirty-eight, Aakriti feels lifeless and spent. Her mother-in-law, at sixty-five, is asthmatic and diabetic and suffers from varied aches and pains no one has names for. The days go by with Aakriti attending to her in the morning. In the late evening, she gives the old lady a sleeping pill. She cooks dinner and prepares in advance for the morning meals. Anant returns to a quiet home, oblivious of what goes on during the day.

His Sundays are never at home; in fact, he is hardly at home. If he didn’t feel compelled to show the world he is a man who takes care of his mother and lives with her, he would have long flown away. Aakriti does not matter. She had not mattered even on the marriage day, for Anant had returned to the nuptial bed after a drinking party with his friends, and slept off. Sometime, somehow, the marriage had been consummated, and a child had been conceived. Aakriti had been happy at that time with a baby to look forward to, but this happiness had died in the womb.

She gazes out of the window, her mind wandering, watching the kite. The light of the sun is such that the tips of its wings shine a deep blue. It looks majestic as it circles in the sky. She is sure it has its prey below; all predators have something to drive them round and round to snap their beaks into eventually. She has watched Anant at the office parties (she attended some in the beginning). He is quite like the kite, zeroing in on some woman, his wings blue-tipped with desire.

Something rises within her and she thinks of Sikander, her neighbor in Rajouri, the boy who had always smiled at her as she crossed the street to her school. He would stand near a blue Vespa scooter and watch out for her and smile. Then someone would call, “Sikander!” and he would wave and run away. The last time she saw him, she had returned his smile. It seemed her smile had made him go away, for after that day she did not see him again, and she could not ask  anyone about him.

So she etched his memory in her heart.

He appears every now and then in her dreams, walking towards her, smiling at her, his hands reaching for the smoothness of her skin.

Her mobile rings, and she comes out of her reverie to hear Anant’s sharp voice sting her ear. “I will be late. Office party.” In the sky, the kite is no longer blue-tipped and majestic. It is black, ugly, and it swoops down on its prey.

She moves towards the dining room and picks up the japmala lying on the table. She moves her fingers over the beads and chants like her mother-in-law chants every day, but the words that flow from her lips are “Sikander, Sikander.” His name courses through her body and makes her fingers tingle with rushed blood. The beads are smooth and round to touch and she is overcome, tears falling on her cheeks.

She looks up to find the old lady staring at the ceiling, eyes and mouth open, and knows the only friend she has in the world is gone. Huge sobs escape her and she flings the string of beads in a corner of the room. She folds up into herself on the cold floor and rocks back and forth, back and forth, and whispers, “Sikander, Sikander,” as though reviving a cold, dead love.

She lays herself down next to her mother-in-law. She puts her arms around her and sleeps. There is a deathly quiet in the room.

Outside, a kite shrieks in triumph.

Abha Iyengar is an award-winning, internationally published poet and author. She is an editor and a British Council certified creative writing mentor. Iyengar has six published books to her credit, and has co-edited an anthology. She has been writing flash fiction since 2003.