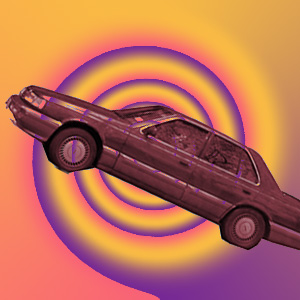 No sooner than he learned that I would be heading to Dayton, Ohio for my first work assignment abroad, my father wasted no time in procuring a world map pronto, in trying to zero in on this unbeknownst, unsung place in the Mideast of the American Midwest.

To his disappointment, Dayton was nowhere to be found; not even qualifying as the smallest of the small dots on the cartographer’s chart. But he tried reading out other cities in Ohio (Oh-Hy-Oh as he called it)—Columbus and Cleveland rolled off his tongue with nary a pause; Cincinatti stumped him. For someone like him—sounding out “cincin” wasn’t quite a cinch—it could have been Kinkinatti, Cinkinatti or Kincinatti. Those were the mid-90s, pre-WWW days; no handy Google Dictionary to sound out the word in American English. He barely concealed his dashed hopes of telling all and sundry of his darling daughter’s upcoming sojourn to a U.S. city of his dreams—a Chicago if not New York City or San Francisco. But Dayton?

It was in such information-de-saturated times that I landed in Dayton, on a balmy summer day. The first month after you land in the United States, your life is a compressed version of the first six years of a child’s existence—you must learn a whole bunch of new skills. You acquire fine and gross motor skills—driving in Dayton and Detroit; language skills—last-name mnemonics that become an incantation of sorts–‘P’ as in Paul, ‘A’ as in Adam, ‘D’ as in David and so on; superior cognitive skills like the pricing plans of all phone carriers on international calls.

The moment I exited the airport it dawned on me that I would need to equip myself with a four-wheeled personal companion to explore the endless prairie land all around me. So began the quest of acquiring a car. I did the most logical thing—quizzed everyone I knew about all they knew about buying a car. The curious thing about Indian expats is that the freshest off-the-boats (FOBs) have the most gyan (knowledge) to share with the just off-the-boats (JOBs). So I took the suggestion of a couple of my FOB friends and visited a bank to secure a car loan.

Opening a checking account at the bank with a princely sum of two hundred dollars was a very reassuring experience, for I was gifted an umbrella and a coffee mug in return. I was now a credit-worthy resident of the United States of America, or so I assumed.

The plan was to request a four thousand dollar loan so I could buy myself a used car that would serve me for the short term. I was told by the bank officer that for that kind of loan, I would need cosigners. One of my FOB friends readily agreed to cosign as he thought it was akin to signing as a witness at a marriage registration, no financial liability whatsoever. Little did we know that in addition to the injury of a rejected loan, the insult would be a permanent black mark tattooed on our credit histories.

Chastised by the loan faux pas, I consulted my cousin in Chicago who generously offered to loan me the necessary funds. Now the onus was on me to go find myself a car. Out I went one weekend on a used-car-dealer reconnaissance mission, with another FOB friend. We were to scout a few places before making the final decision. There was a car dealer not too far from where I lived. A middle-aged salesman greeted us with a wide toothy grin as soon as we entered the showroom—he must have smelt the prey from a mile away. In all my naiveté, I informed him that I had four thousand dollars to buy a car. His grin now wider, he asked us to follow him to the car lot.

He stopped in front of a car. It was a Mazda 929, 1988 model which cost five thousand but for me he was willing to come down to four grand, he explained. The maroon beauty stopped me in my tracks. I took one look and I fell in love, instantly, irrevocably. It had the most velvety maroon seats that had an incredible sheen when the evening sun cast its light. It was complete and utter infatuation—I wanted it then and there, all four wheels and six cylinders of it. It was a done deal. Poorer by four thousand dollars, I drove off in style and considered myself the happiest twenty-two year old in the whole world.

The next day, as I was leaving for work I tried lowering the power windows. They wouldn’t budge. I went to the navigator’s seat and tried lowering the window there—similar issue. Then I tried opening the trunk. With great difficulty it finally did. All said and done, the only feature that was “powered” which actually worked in that car was the seat warmer! The car had more problems than I could count.

The car and I became the butt of many a joke among my Indian friends during our weekly dinners. My ignorance of luxury vs. economy models, quoting the budget upfront, not bargaining at all, not getting an inspection, etc., were all analyzed threadbare, but the toughest criticism was reserved for not recognizing a snake-oil-salesman, especially coming from India.

My parents came to visit me a few months later and the first order of business was the only Indian thing to do—trade in my first love, my maroon Mazda and get myself a brand new Honda Civic!

Rajee Padmanabhan is a perennial wannabe—wannabe writer, wannabe musician, wannabe technologist. She lives with her iPad and iPod in Exton, PA, occasionally bumping into her husband and son while either of her i-Pals is out of charge. Source: India Currents.