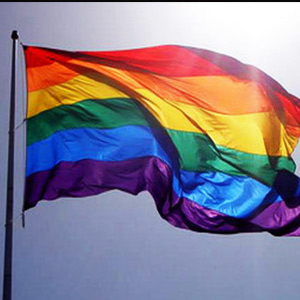 So what led to the change? Support organizations mushroomed in the last two decades, parades were defiantly held, and many brave activists refused to be shamed or shut down even though Indian society overwhelmingly refused to acknowledge the existence of homosexuality, notes TINAZ PAVRI.

As soon as I heard the news about India’s Supreme Court decision on overturning Article 377, I messaged my congratulations to my school friend and carpool buddy, Manvendra Singh Gohil. Manvendra has become famous over the years for being, variously, the world’s first openly-gay prince, appearing on the Oprah show and, most importantly, being a tireless activist for the LGBT community, toiling and waiting for this day to come. I did not expect a response until several hours later, of course, this being 3 a.m. in India. However, within minutes, I got his texted message of thanks. Perhaps he had been fielding so many such messages that he hadn’t made it to bed yet.

Only a few years ago, the landscape had been bleak for gay people in India. In 2013 the Supreme Court had inexplicably erased an earlier decision by the Delhi High Court to overturn the colonial-era law that criminalized homosexual sex under Article 377. This effectively re-criminalized gay Indians who engaged in same-sex relations. LGBT citizens and their supporters had to deal with the weight of not just the historical oppression of gays in India, often under the guise of Indian “traditional values,” but the added horror of potentially being arrested for their relationships. The verdict of 2013 opened the door for police and other vigilantes seeking to harm or blackmail gay Indians, giving them a fresh impetus to act on their prejudices even though the law itself had seldom been acted on through the centuries. With or without the force of law behind Article 377, post-independence India has been, for the most part, a difficult and dangerous place for gay people to be themselves.

Yet, a brave and persistent group of Indians, gay and straight, aligned to support gay rights. I argued, in this column and elsewhere, that India’s democracy since independence had matured procedurally, in terms of elections and voting, for instance, but in terms of civil society values and a true understanding of equality before the law, it still had far to go. And in the context of increasing Hindu fundamentalism and the coming to power of the BJP, India had actually seemed to regress in the last decade. Women faced harassment and rapes that had the country searching its national soul; religious minorities, Muslims in particular, were being baited. And gay Indians were subject to open hostility, ridicule, hatred, and a denial of the most basic rights of equality, expression, and privacy.

Now, the Supreme Court has righted a terrible wrong. The justices were direct and unequivocal in delivering the unanimous verdict. They (variously) said that the “LGBT community possesses rights like others;” they have “the right to live with dignity;” and that “history owes an apology to members of the community for the delay in ensuring their rights.” (The Indian Express)

Of course, India still has miles to go in this regard. The news stories and blogs announcing the verdict were filled with openly hateful comments. Homosexual slurs were freely used. It was chilling, and it tempered my happiness for this moment. Centuries of prejudice won’t be erased overnight, but my hope is that the millennial generation is open to gay rights in the same way that it is here in the U.S. When the U.S. Supreme Court ruled in favor of gay marriage, it was the pinnacle of decades of support, especially by young people. The very day after the decision, not having uniformly allowed gay marriage for so long suddenly seemed ancient and archaic. I hope the same will be true for India.

Last month, I wrote about Pakistan’s election of Imran Khan’s party Tehreek-e-Insaf, and of Khan himself, supported by Pakistan’s mullahs and fundamentalists (“fundas,” as Mohsin Hamid’s protagonist in the fabulous Moth Smoke derisively referred to them). Khan has vocalized his support for laws that discriminate against women and religious minorities in the name of Islam. There, being gay itself is punishable by death. I can’t help but think about the diverging paths that the two neighbors have taken, not just economically and politically, but now in the realm of true equality, modernity, and righting old wrongs. Despite immense challenges, moments like this make me very hopeful for India’s future.