Americana: Guns: The Battle over the Second Amendment 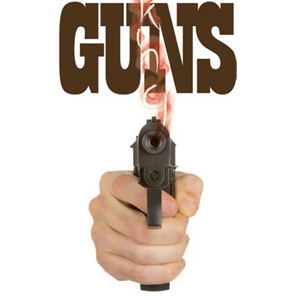 After a busy day of out-of-town work, I am sitting in Saluda’s, a pleasant restaurant located in the Five Points area of Columbia, South Carolina. On the evening of October 13, 2013, and just a few steps away from this restaurant, a life was changed.

Martha Childress, a freshman at Clemson University, was standing in line waiting to catch a taxi for the short ride to the University of South Carolina campus. She was talking with two of her friends—my best friend’s daughters in fact—when she suddenly crumpled to the ground. “Get up, get up,” her friends Ellison and Chandler tell her, not realizing what had happened. “I can’t,” Martha replies, “I don’t know why, but I can’t move my legs.” A pool of blood is spotted, an ambulance is called, and Martha is rushed to the hospital. She felt no pain that night because a stray bullet fired by a distant gunman at a different person had severely damaged her spinal cord. Martha will never walk again.

Twenty-seven elementary school kids are killed by a gunman in Sandy Hook, Connecticut. Barely a week after the tragedy, the National Rifle Association’s Executive Vice President Wayne LaPierre tells us, “The only thing that stops a bad guy with a gun is a good guy with a gun.” He then calls on Congress to act immediately “to put armed police officers in every school in this nation.” Oh, yes, the NRA was quick to report that within weeks of the Sandy Hook massacre, another 250,000 members joined their organization.

For months, I have delayed writing about our American gun culture because I was unsure of my footing, not confident that I could explain how in my lifetime our country has morphed from “just” being a violent country, to being violent, and gun-obsessed. In an effort to unravel the mystery, I read books, sifted through academic reports, even flipped the pages of gun magazines, but found no answers. I asked my friends and I asked perfect strangers. Finally, a month or so ago, I found the smoking gun.

We will begin our story in 1775. You and I are Boston shopkeepers. We hear talk of “revolution.” Like many, we are resentful of the British presence, so we agree to serve in the local militia. On June 16, we remove our shop aprons, grab our hunting rifles and join our neighbors to fight the well-equipped British army in “The Battle of Bunker Hill.” On June 17, the red-coated British approach in all their regal professionalism. We twitch, consider taking a long-range shot, but then hear a distant colonel shout the iconic words that still reverberate in American history: “Don’t fire until you see the whites of their eyes!” The British ultimately prevail, but not without suffering surprising losses in the skirmish. Word spreads throughout the colonies of how this local militia nearly defeated the world’s most powerful nation.

During the course of the Revolutionary War (1775-1783), local militias supported our nation’s “Continental Army,” led by General George Washington. Occasionally, as in the Battle of Bunker Hill, their contributions were significant. In other instances, as Washington notes in his private letters, he is appalled by the militia’s lack of discipline and blames them for battlefield losses. After the war, Washington and others made the case that the federal government should maintain the nation’s defenses, a position opposed by men who were skeptical of putting so much power and weaponry into so few hands. Opponents argued that state’s militias should take responsibility for our nation’s defenses. On December 15, 1791, the Second Amendment to the Constitution was ratified into law:

A well-regulated militia, being necessary to the security of a free state, the right of the people to keep and bear arms, shall not be infringed.

For most of our nation’s history, most legal scholars and American citizens understood that the Second Amendment gave militias, not “the people,” the right to bear arms. But today, nearly three-fourths of the American people believe the Second Amendment gives the people the right to bear arms. In a 2007 ruling, the United States Supreme Court protected the individual right to own a gun for private use—not only in connection with service in a militia. Why this great shift? According to the Cornell University Law School’s Legal Information Institute, we can assign responsibility to the National Rifle Association.

Before the 1970s, the NRA had been devoted mostly to non-political issues, like gun safety. But a coup d’état at the group’s annual convention in 1977 brought a group of committed political conservatives to power—as part of the leading edge of the new, more rightward-leaning Republican Party. The new group pushed for a novel interpretation of the Second Amendment, one that gave individuals, not just militias, the right to bear arms. It was an uphill struggle. At first, their views were widely scorned. Chief Justice Warren E. Burger, who was no liberal, mocked the individual-rights theory of the amendment as “a fraud.”

But the NRA kept pushing… Ronald Reagan’s election in 1980 brought a gun-rights enthusiast to the White House. At the same time, Orrin Hatch, the Utah Republican, became chairman of an important subcommittee of the Senate Judiciary Committee, and he commissioned a report that claimed to find “clear—and long lost proof that the Second Amendment to our Constitution was intended as an individual right of the American citizen to keep and carry arms in a peaceful manner, for protection of himself, his family, and his freedoms.” The NRA began commissioning academic studies aimed at proving the same conclusion… Eventually, through brute political force, the rights of the individual to own guns became conservative “conventional wisdom.”

Thanks to the Cornell University analysis, I found my smoking gun, the reason we have morphed from “just” being a violent country, to violent and gun-obsessed. I was old enough in the 1960s to remember the assassinations of President Kennedy, Senator Robert Kennedy, and Martin Luther King. Our nation came together in our grief, and there was a sense that our violence was out of control. Today, that is not the case. Mere days after the Sandy Hook massacre, the NRA leadership and its members take to the media, brag about their membership growth, tell us we need armed guards in our school. The angry debates begin.

In April, 2008, then South Carolina Governor Mark Sanford signed a bill that lowered the age that one could buy a gun from 21 years of age, to 18. His spokesperson, Joel Sawyer, indicated that the governor believed that, “People who are old enough to fight and die in the military should be able to purchase handguns, and the bill will put our laws more in line with those of other states.”

Lets’ see, I think I have this straight. If you are 18 years old, you can buy a gun, but not a glass of beer. Got it, governor! Sorry, I’m slow!

I sip the last of my coffee, pack my laptop, walk down a flight of stairs, and exit onto the quiet street. In just a few paces, I arrive at the place where Martha was shot.

A bullet is fired and a life is changed. The pro-gun factions say, oh wait, it was an illegally owned weapon and add that we need more security in Five Points. A few months after the shooting, Governor Haley says she will sign the bill that approves bringing concealed weapons in bars and restaurants. Her spokesperson, Doug Mayer, tells us, “Governor Haley has and will always be a supporter of open-carry laws, and will sign any bill that doesn’t restrict the rights of gun owners.” No one will mention that Georgia, Tennessee, and South Carolina rank in the top ten of gun-violent states in America; no one will ask, “What has happened to our culture?”