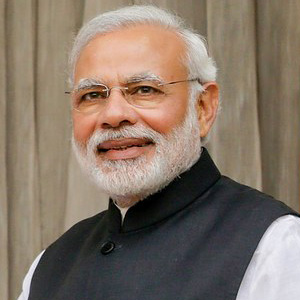 The only surprise of the election results was the scale of Modi’s victory. But in India and the diaspora, Indians reacted in much the same way Americans (and Indian-Americans) had after Trump won in 2016, notes TINAZ PAVRI.

India immediately was cleaved into the two camps that have formed since the last election. One camp was exultant and the other was thrown into the throes of despair. The only difference between India now and the U.S. in 2016 was that in India, one camp was far bigger than the other. Social media and newspaper articles in India reflected both camps, and the chasm was huge. Like the never-Trumpers, a never- Modi movement renewed itself overnight, indignant and shell-shocked that he had won and so resoundingly. As after the Trump election, those who wrote from their depths of despair mourned a country that had passed a point of no return, where long-cherished democratic ideals had withered, and secularism and multiculturalism had died.

When the postmortems were written, many salient points were made about the election and Modi’s win. Modi supporters pointed to the party’s superior planning and the P.M.’s charismatic pull; their cleverness in harnessing the votes that were missing the last time—the lower caste and the forgotten; the fact that there was no other alternative (Rajiv Gandhi, who had shown recent promise, failing dismally to deliver); a seemingly bright even if contested economy; and some tax relief to the middle class.

Modi detractors gave as explanation the P.M.’s polarizing and electrifying speeches that gave cover to latent bigotry and brought together those who felt that despite their own failings, at least they were not the “other.” Some despaired that the Indian majority always harbored this religious and misogynist animus, and now we were seeing it in its full and sanctioned display. They pointed to the fact that the number of Muslims in parliament had now fallen to 7 percent, as if the country’s largest minority had literally gone into hiding. Stories circulated of widespread election fraud and stolen seats by a party so fully in control, so undemocratic and so ruthless. Fresh and mournful social media shares of Nehru and Gandhi scattered across social media, and really, to re-read Nehru’s inspiring, poetic, and inclusive vision of India was shocking and tragic because the current reality seemed so far removed.

When the dust has settled, India has simply continued a trend that is now visibly global—nationalist, divisive, nativist parties and leaders who started to be elected in this decade. They are now being re-elected, indicating that this movement has not run its course. Erdogan, for instance, has consolidated his initial win and has started to do what many feared was only theoretically possible a decade ago: he has changed Turkey’s very nature, from the secular vision of Ataturk to a more openly flaunted, religiously inclined dictatorship that appeals to the majority. Turkey’s opposition has been subdued and vanquished. Putin is similarly the unquestionable leader, quashing freedoms to deliver a strong Russia for those who elected him. In Hungary, the nationalist Orbán has led a backlash against migrants and climbed in popularity with each measure. In Britain, however, Brexiters have run into a wall of liberal opposition, and their future is unknown.

Before this election, I was sanguine that Indian voters, who had suffered the indignities of demonetization, minority baiting, rural desperation, and setbacks to women’s freedoms under the BJP’s hubris, would deliver a verdict that was at least as complicated as the situation facing India—a coalition government, perhaps, in the absence of any realistic single opposition party. Instead, they seem to have flocked to deliver another chance to the charismatic leader.

I am never in doubt that India’s voters are sophisticated enough to vote what they believe is best for their needs and their country. After all, these are the voters that felled the once all-powerful Congress party in the aftermath of the Emergency and delivered a referendum on democracy. I believe that these same voters are serene in their belief that if this new political experiment fails, there is always the next election to make a change. But it seems too late for Turkey, and some fear that it may almost be too late for India. So much has changed already, and when the ethos and the institutions themselves have been transformed, the world’s largest democracy may be gasping for breath.