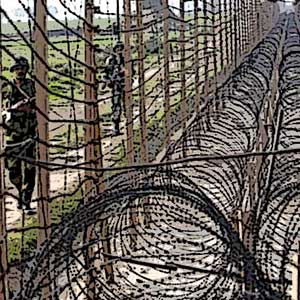 India’s recent “surgical strikes” at terrorist camps across the Line of Control in Pakistan-held Kashmir were in retaliation for attacks on Indian positions in Uri. It signaled a new phase in the (almost) seven-decades-long conflict between the two nations, says TINAZ PAVRI, showing India’s willingness to confront threats emanating from Pakistan. But will it lead to lasting change?

Since India’s independence from the British in 1947 and the creation of two sovereign countries, India and Pakistan, the two have been involved in an intractable conflict. Some of the crises between them escalated into war, as in 1947 and 1965 over Kashmir, 1971 over the creation of Bangladesh, and 1999 in Kargil, while other conflicts such as in 1990 over Kashmir were settled short of war. Research (including my own) has indicated that a number of variables determined whether conflicts escalated or were settled, including communications between the leadership of the two countries, media coverage, and domestic politics. However, while these variables changed, there was one constant through the decades of the fifties to the eighties, and that was the blanket of the Cold War within which the world was enveloped. The actions of India and Pakistan were watched and managed by their Cold War mentors, the Soviet Union and the United States, respectively.

The bipolar world started to crumble with the breaking apart of the Soviet Union in 1991. As the former Soviet Union struggled to attend to the problems of moving what was left of its fractured country forward, its former Cold War allies could not rely on its influence any more. The U.S., for a while the prevailing superpower on the world scene, used its sway on India and Pakistan to ensure that the now-nuclear neighbors understood the unacceptable costs of engaging in war. At the same time, Afghanistan started its descent into chaos, first with the rise of the Taliban and then the war with the U.S.

In the new millennium, India and Pakistan face yet another changed global scenario. Newly liberalized India has experienced transformative economic success, while Pakistan has stagnated and its governmental structures have weakened. The Afghan conflict has spilled over into Pakistan, threatening to create another failed state on India’s border. Pakistan’s radicalization has come both despite and because of its state and government: despite the state—because many elements of its legislature, bureaucracy, military, and judiciary still cling to the last vestiges of democracy and multiculturalism amid the regular bomb blasts that rock the country; because of the state—as the weakened government and state sometimes makes its bed with the fundamentalist elements within it.

India understands the bind that Pakistan is in. That is why, after the 26/11 attacks in Mumbai, the government reacted with great maturity and an abundance of caution despite the carnage. It understands that overreacting to Pakistani provocation might tip the delicate balance the Pakistani government is engaged in with the radicals within its borders, and push the nuclearized country into an Afghanistan-like situation. A political and security vacuum in Afghanistan is bad enough; one in Pakistan would threaten the entire South Asia region, not least because we have seen that ISIS has moved with rapidity to consolidate its power in chaotic and failed states like Syria, Libya, and Iraq.

India also understands that the once-dominant global hegemon of the post-Cold War world, the U.S., has entered a phase where it is reluctant to act to maintain order in the world, in part because the balance- of-power needed during the Cold War is no longer required. It has shown this repeatedly since the Iraq war, in Libya, in Syria, in Yemen, and in Afghanistan, where it has signaled its impending departure. There are no more world players left in the India-Pakistan conflict, no more “adults” left to police the South Asian theater; India finds that it is lonely at the top. That is why I believe, unlike some other voices currently emanating out of India, that the recent strikes across the Line of Control signal a change in response but not perhaps necessarily a lasting change in strategy.