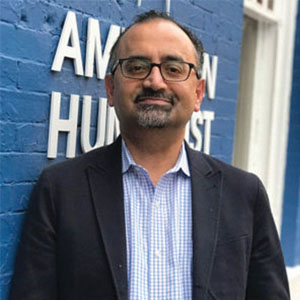 While religion may fulfil our deep-rooted need to find meaning in life, organized religions are at odds with modern, science-based societies. Nevertheless, many followers in search of spiritual succor are reluctant to snap their religious ties, despite their unease with outdated dogma and the idea of supernatural elements influencing human actions. Humanism, a secular initiative, seeks to chart a viable path between blind faith and atheism. Sunil Panikkath, president of the American Humanist Association (AHA), shares his views.

I first came to know about humanism about two decades ago during a discussion with my then 13-year-old son about ethics and morality, religion, and community. He promptly looked up more information online. As a result, he found a way to articulate his own values and beliefs. He declared himself a
secular humanist.

Recently, when I realized that AHA’s current president was an Indian-American, I was intrigued; I decided to find out more about him and share his story. Founded in 1941, AHA is a grassroots organization working to advance the rights of nontheist Americans. Sunil Panikkath, a (religious) non-believer his entire adult life, has identified as a humanist for over two decades. He holds a Ph.D. in finance from Washington University in St. Louis and a bachelor’s degree in electrical engineering from the Indian Institute of Technology, Madras. Panikkath lives in New York City.

You are a humanist. Please give us a brief overview of what that means.

In its simplest form, humanism is “good without god.” It is a progressive philosophy that asserts that humans have both the ability and the responsibility to lead ethical lives. This means aspiring for the greater good and doing so without reliance on the supernatural. So, humanists strive to keep government secular and free from domination by religious interests; achieve equal justice and equal rights for all; promote beliefs and practices that are supported by science; pursue policies that promote a good life for humans and for the other life forms with whom we share this planet.

How did you first become aware of the fact that you are a religious non-believer? How did that affect your relationships within your family and community?

I realized in my late teens that it was not possible to reconcile rational thought, which was at the core of my education and emerging understanding of the world, with supernatural beliefs that are at the core of most religions. That led me to identify as an atheist. I also came to believe that, if a society is to function in the interests of its members (and of all humanity), it needs to operate within a strong ethical framework. I was in my late twenties when I came across the AHA. In their mission and vision statements, I found a more complete description of my value system. I realized that I was more than an atheist; I was a humanist. While none of my family members are humanists, I am fortunate that this has not affected my relationships with them in any way.

Do you think there is a natural synergy between Hindu philosophy and humanism?

A quote from Mahatma Gandhi is apropos: “If I were asked to define the Hindu creed, I should simply say: search after Truth through nonviolent means. A man may not believe even in God and still call himself a Hindu.” If one’s view of Hinduism is consonant with that sentiment, then that may be a path to identifying as both a humanist and a Hindu.

In my view, a Hinduism that discriminates against or denigrates others, solely because their philosophy or practices differ from those of Hinduism, would be utterly inconsistent with humanistic principles. 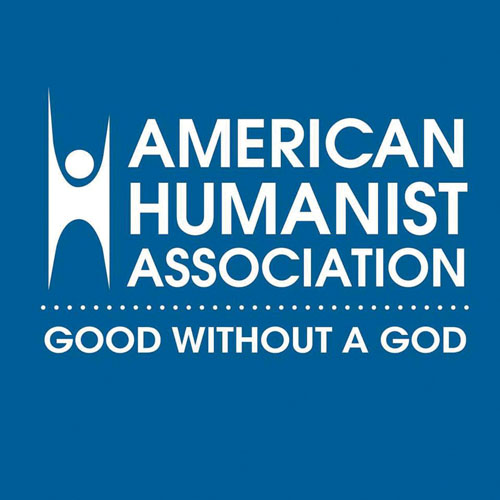 There are many nontheist organizations
that provide a plethora of resources for those interested in exploring humanism and related ideas and beliefs. For more information on paths to humanism from many major religions, visit https://americanHumanist. org/paths/. For information on local groups, visit https://americanHumanist.org/what-we- do/grassroots/. The Secular Student Alliance (https://secularstudents.org), anindependent partner of the AHA, has chapters in many colleges and high schools.

What is the future of humanism in the U. S.?

Humanism in the U.S. has a very bright future. Recent surveys have repeatedly shown that increasing numbers of young people—as many as 40 percent of those below 40—identify as non- eligious or non-theist. In the overall population, such “nones” are as much as 25 percent.

However, in the short term, humanists face serious challenges from the increasingly aggressive attempts by theistic religious interests, such as evangelical Christianity, to subvert secular government at the federal, state, and local levels. The Humanist Legal Center (an arm of the AHA), among others, is fighting an ongoing battle to push back against such attempts. The composition of the Supreme Court will be a key factor in the degree of our success in preserving the secular nature of government.

Religion fulfills many social and communal needs. For example, it provides community, tradition, music, moral stories, etc. How can a humanist integrate those aspects of the religious life outside a religious framework?

In general, there is nothing to stop a person who participates in a particular religious organization for reasons of family history, tradition/culture, or community to also identify as a humanist. At the same time, promoting the humanist community is a key goal of the AHA. We have over 200 local chapters and affiliates throughout the country. Many of these  meet regularly  and provide a framework for promoting social interaction. Also, humanist celebrants and chaplains preside over non-theistic alternatives to religious services, especially for significant life events such as weddings and funerals.

Introspection, with a view to finding the personal philosophy that best suits oneself, is crucial to leading a happy life. In my own case, even though I was growing up in a very religious society and family, my curiosity and inclination to challenge received wisdom led me to atheism and eventually to humanism. Whether or not you conclude that humanism is right for you, I am confident that you will find the journey productive and fulfilling.

Nandini Patwardhan’s biography of Dr. Anandi-bai Joshee, the first Indian woman who became a doctor, was published this year by Story Artisan Press, which she co-founded. She lives in California.