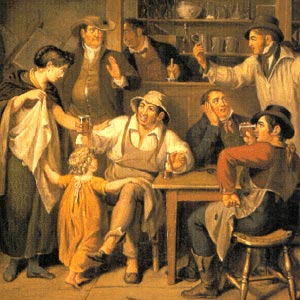 A number of recent American writings indicate that the nostalgia for the small town need not be construed as directed to the town itself: it is rather a “quest for community.” This is what I call the problem of place in America, and unless it is resolved, American life will become more jangled and fragmented than it is, and American personality will continue to be unquiet and unfulfilled. —Max Lerner, America as a Civilization

In the damp and cool air of an Irish afternoon, my family and I close the door to our rented vacation cottage and begin the short walk toward town. This morning, the manager of the property, Sean, had invited us to the town pub. Sean’s brother died yesterday, so this afternoon the town people are meeting at the pub to honor, well, better put, remember the man’s life. For much of Ireland, the pub is the center of community life. The funeral Mass is tomorrow.

“We are sorry to hear about your loss,” my dad had said this morning, when Sean shared the news.

“Well, he deserved it!” Sean offered, with a tight smile. “He drank too much! He smoked too much! He cheated on his wife! He wouldn’t change his ways!”

It’s drizzling again, so we walk faster and nearly catch up with two Catholic priests who are also headed toward the pub. Sean greets us at the door, thanks us for coming, and suggests that we warm ourselves with a bit of Irish whiskey and a seat by the peat fire. As we do, townspeople come by to introduce themselves, ask a few questions, and otherwise make sure we are comfortable. How could we not be? Let it rain! I don’t want to leave this place, these townspeople, this gathering of family, neighbors, and friends, sharing in the stuff of life. For the love of God,

Why don’t we have such community, in America?

Ray Oldenburg is Professor Emeritus in the Department of Sociology, University of West Florida. In his best-selling and ground-breaking book, The Great Good Place, he argues that healthy societies need “third places,” that is, public places on neutral ground where people can informally meet, easily mingle, and then depart as desired, such as an Irish pub. America has a severe shortfall of such places, he argues, adding that the accompanying social costs are high.

Oldenburg believes that “first places,” our homes, cannot fill the requirement, nor can our “second places,” work. While the work setting does provide some socialization opportunities, “who” we are allowed to socialize with is usually determined by an organizational chart. Great “third places” require equality, meaning that a custodian is treated with the same respect as the mayor. Work places, with their emphasis on productivity, also create stress and emotional fatigue. It is the “third place” that offers us refuge from the isolation of home, a place to, in Oldenburg’s not-so-scientific words, “blow off steam.”

Pubs certainly meet Oldenburg’s definitions of great “third places.” So do the beer gardens of Germany. These venues offer the opportunity for a pint or two of beer, inexpensive food, and lively conversation. The iconic American television show, Cheers, a place where “everyone knows your name,” beautifully captured the essence of the neighborhood pub. 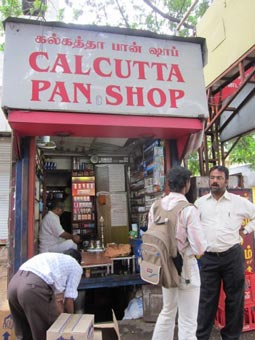 Oldenburg notes that the availability of alcohol is not a requirement for third places. French cafés make fine third places, as do Japanese tea houses. Hair salons can fit the bill, so can bookstores and public parks. As long as the setting levels the status of guests, provides the opportunity for conversation, creates habits of public association, and offers emotional support, it fits the requirement of a great third place. Even a collection of cheap plastic chairs on dirt can fit the bill, as I learned during my first trip to India. Late one day, I stopped in a small village to purchase a few snacks. When I got out of the car, I saw at least a dozen men sitting on these cheap plastic chairs, sharing in the joy and ritual of a late afternoon tea. The sight of so many men simply talking to each other was so foreign to me that I stopped to stare. Along with my memories of the Taj and the Golden Temple, I have an equally strong memory of the most unlikely great third place I have ever visited, a collection of cheap plastic chairs arranged for conversation, deep in the poverty stricken regions of the Aravalli Mountains.

The decline of the third place in American life can be seen in the seismic social changes of the 1950s.

After World War II, men and women of the “Greatest Generation” were eager to marry and start their families. However, instead of renting a city apartment, many young couples elected to move to one of the mass-produced, “cookie-cutter” homes on the outskirts of town. It was a “Faustian bargain,” meaning “a deal with the devil.” Sure the suburban home was inexpensive, but the trade-off in terms of social costs, significant. Land developers were far more concerned about selling the last real estate lot than building a park, café, or pub. Local zoning ordinances would not have allowed such “detractions” anyway. As a result, our suburbs became social wastelands.

The introduction of new technology in the 1950s—the television—also contributed to the decline in the number of America’s third places.

Historian Doris Kearns Goodwin recalls growing up in a neighborhood where everyone liked baseball. If she and her friends weren’t playing the game, they would all gather around a radio to listen to one. When a family on her block purchased a television, so much the better, as she and her friends all still met to watch. But when each family on the block acquired their own televisions, the old habit of watching a game with her friends died. Each child retreated to their own homes and televisions.

In the 1960s, it became clear that there was a cost to our social isolation, a price to pay for not having a third place to, in Oldenburg’s words, blow off steam. Others expressed the same sentiments in more eloquent terms.

Claudia Wallis, in the June 6, 1983, issue of Time magazine writes, “It is a sorry sign of the times that the three best-selling drugs in the country are an ulcer medication (Tagamet), a hypertension drug (Inderal), and a tranquilizer (Valium).” Her thoughts were in conjunction with that issue's famous cover story, “Stress: Seeking Cures for Modern Anxieties.”

Today, we work longer hours, make less money, and are less “connected” to each other than we were in 1983. Some believe that “social media” such as Facebook can help us feel more connected, but that is not the view of John T. Cacioppo, a neuroscientist at the University of Chicago, and co-author of Loneliness: Human Nature and the Need for Social Connection. He compares connecting on a website to eating celery: “It feels good immediately, but it doesn't give you the same sustenance.”

Robert D. Putnam, the former chairman of Harvard’s Department of Government, states in Bowling Alone: The Collapse and Revival of American Community that we have become increasingly disconnected from family, friends, neighbors, and our democratic structures, that the fabric of our connections with each other has plummeted, thus impoverishing our lives and communities. We have 43 percent fewer family dinners. Thirty-five percent fewer of us have friends who drop in to see us at our homes. Attendance at club meetings has declined by 58 percent in the past 25 years. Putnam is hopeful, however, that with more civil involvement on the part of our citizens, trends can be reversed.

I hope Putnam is right, but to my mind, there is nothing in the American psyche to suggest that those of us in the suburbs will ever give up our two-story homes and move to the city, all to have improved access to pubs, tea houses, or cafés. It is more plausible to consider the possibilities of bringing third places nearer to our suburban neighborhoods, but that is also a dubious proposition. Sure, we all might agree that Irish style pubs are wonderful places, but whoa, you’re not building that on my street! So we surround ourselves with televisions and computers, carve out community where we can, and hold dear those times we have visited the great third places of other countries, such as a French café, an Irish pub, or even a set of cheap plastic chairs.