Looking Back: Watching the Moon Landing from Bombay 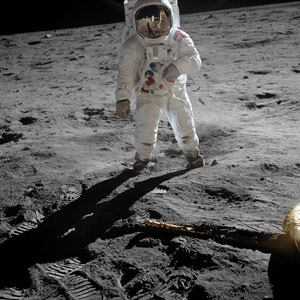 When Neil Armstrong became the first human to step on the moon, in 1969, NANDINI PATWARDHAN was a 10-year-old schoolgirl in India. Even though there was no broadcast television where she lived, fifty years ago, and the internet did not exist, she has clear memories of her excitement and the wide coverage of this breakthrough achievement.

It was a time when people got all their news from newspapers and from newsreels shown before feature films. I avidly read articles about Apollo 11 in the Times of India and in the Marathi Loksatta. I recall few specifics about the coverage beyond that it was presented in a breathlessly excited tone. Some accounts affectionately Indianized Armstrong’s name, calling him Nilu-bhau Bhujbal!

I found additional information in Span, the glossy magazine that the U.S. consulate mailed free to thousands of families. It contained large color photographs and stories about events in America. Not surprisingly, over the months leading up to and following the Apollo 11 mission, Span carried detailed coverage about it. I read about the three astronauts and memorized their names. Five decades have passed but the names remain as familiar to me as the names of childhood friends.

I was just old enough to understand the complexity of the technology involved; just old enough to have a sense of the risks. Learning about gravity and atmosphere in school, my imagination was afire as I tried to grasp the intricacies of the research, the planning, and the implementation. On the human side, I marveled at the courage of the astronauts and their families, knowing that there might be unexpected glitches and that the astronauts might not return.

The culture in which I was growing up had great respect for science and technology. It was generally understood that for a poor country like India, the path to becoming prosperous like the “advanced West” lay in harnessing these disciplines. Electricity, a ubiquitous fruit of such pursuits could be used to keep food cold and also to heat water for baths. Famines and floods could be made obsolete and diseases could be eradicated. Indeed, a scientific outlook—rational and objective—was considered essential if the tendencies that had held India back—superstition, blind adherence to religious rituals, and male or caste supremacy—were to be overcome.

Although I was too young then to unpack all this, as a child growing up in a family that was focused on progress and modernity, I had internalized several ideas. One was that being female would not constrain my access to education and it need not limit my ability to excel in math and science. Another was the faith that being a diligent student would lead me to personal success and my country to prosperity. In hindsight, the most important lesson I was learning was that knowledge, curiosity, and wonder were their own rewards. 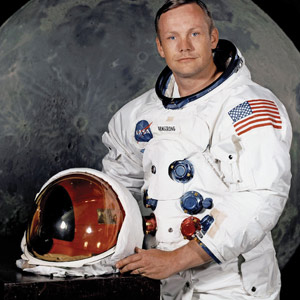 A few months after the astronauts’ successful return to earth, they went on a world tour. Wonder of wonders, Bombay was one of their stops. Responding to my fan-like interest, my father took me to Chowpatty Beach where Neil Armstrong was to speak. Being unfamiliar with the American accent, I am sure I did not understand what was said. All I remember is the amazement I felt knowing that I was within a few thousand feet of someone who had actually walked on the moon.

The newspaper carried a story about the gift that the astronauts brought to each country they visited. I recall feeling impressed by the generosity of a people who would share with other countries a portion of the rocks their astronauts had brought back from the moon, just so scientists in those countries might conduct their own research on those rocks. I was prepared to assign the noblest qualities to the astronauts and, by extension, to Americans. On returning home, I told my mother “Neil Armstrong cha swabhav changla ahe” (Marathi for “Neil Armstrong is a good-natured person”). My mother laughed “You are saying this as if you know him personally!” The fact was that that’s exactly how I felt.

In 1969, Neil Armstrong’s words “… a small step for man, a giant leap for mankind” underscored the sentiment that this was a historic achievement that all could celebrate—regardless of how young they might be or how far away.

As an adult, I find other aspects of Apollo 11 just as compelling.

One, at the time few paused to question how sending a man to the moon would improve life on earth. There was faith that somehow, somewhere, and sometime important and useful advances would emerge as a result of this feat. That faith has been redeemed. The digital society that we inhabit today was birthed by Apollo 11’s need for computing power.1

Two, even though it was the Americans who had landed on the moon, and even though the drive to land on the moon was primarily in order to stay ahead of the Soviet Union, all over the world it was not perceived as a purely American success and certainly not as a success of the ability to win wars. Unfortunately, this vision of world unity remains rare.

For these reasons, Apollo 11 represents a triumph of the human spirit—a different kind of great leap. For these reasons, it will inspire generations of dreamers—be they scientists, social thinkers, peaceniks, or a lone schoolgirl in a far-off land.

Nandini Patwardhan, based in North Carolina, is the publisher of Story Artisan Press.