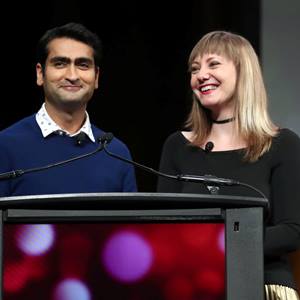 Boy meets girl. They fall in love. Parents object. They defy all odds and live on love and fresh air every day.

Well, except for that last sentence, the rest is true of Kumail Nanjiani’s The Big Sick, a new American film from a screenplay by Kumail Nanjiani and Emily V. Gordon, which releases this month to much acclaim. What happens after the parents object is really the core of this movie, in which the comic/writer/actor has bravely shared pages of his personal life story with audiences worldwide in his first feature film role as the lead.

The movie has all the usual suspects in terms of conflicts from the very start: boy and girl from different backgrounds in terms of nationality, religion, way of life, and the differences in the way their relationships with their parents are portrayed. The only way such a relationship might work would be if one or both parties involved walked out on their families. But there’s an unexpected twist in the story: had the title incident (“the big sick”) not occurred, we wouldn’t know how their story would have ended. 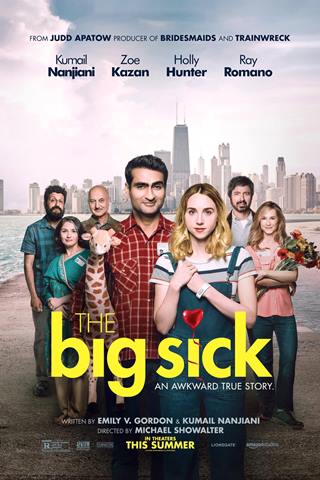 The movie portrays the courtship Nanjiani shared with his wife, Emily Gordon, portrayed by Zoe Kazan, and a mysterious illness that resulted in bringing them both closer and eventually resulting in their marriage. They had their fair share of both sets of parents not approving of their relationship at different stages. If you are expecting this to be somewhat similar to Nanjiani’s stand-up routines, brush those expectations away. There is certainly comedy woven into the conversations in the movie despite some of the heavy topics involved, but not the ‘laugh out loud’ variety.

Heavyweights Holly Hunter and Ray Romano play the roles of Emily’s parents and do a spectacular job. Anupam Kher, playing the role of Nanjiani’s father, is the actor that most viewers in the South Asian community will recognize. The Big Sick is his 500th film, and Kher spoke briefly with Khabar on his milestone achievement and the experience of working with Nanjiani.

Nanjiani’s ex-agent, who was also Kher’s distant cousin, knew the stand-up comic was making this film and introduced the project to Kher, who connected with Nanjiani and accepted the script without even reading it! Sure enough, Nanjiani thought he was being pranked when he received a phone call from Kher in Mumbai. While aware of producer Judd Apatow’s work, Kher had not seen any of Nanjiani’s work before embarking on this venture, but learning that Nanjiani’s father had expressed interest in Kher being cast to play his character in the movie sealed the deal. “That changes the equation altogether because now it’s about a son wanting to fulfill his father’s wish of getting me into the film,” shared Kher.

Given his acting chops, Kher plays the role of the father with ease and sincerity, breaking into song on occasion, including the famed “Satte pe Satta” song toward the end of the movie. “Kumail’s father had thought of the song and I was happy to sing it,” shares Kher. The song is an unexpected surprise, even though there is a sequence earlier where Kher starts singing in the middle of a scene at home, one he improvised to add to the character. “Sometimes, you have to underplay the emotions to have a bigger impact; that last scene of mine with Kumail had that kind of quality,” he says. 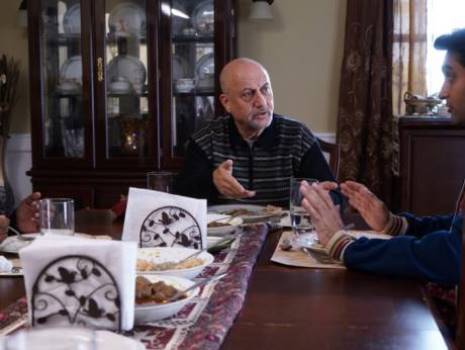 (Left) Anupam Kher as father of the lead character.

Kher’s character is also happy to drop brand names in passing or display his social media prowess during conversations at the family dinner table. “Again, those are the things I added. I have lots of friends who are South Asian, Indians, Pakistanis, who are very progressive. One thing I did not want to do is make this a cliché South Asian cardboard character.”

On Nanjiani’s foray into feature film acting, Kher shares, “Kumail has done a great job portraying him in the film, because portraying your own self in a film is a difficult thing. He is very good, sincere, eager to learn, and open to suggestions; he is fantastic. I’ve never read such amazing reviews of one film continuously for over a period of six months. I don’t think there is anybody who has not liked the film. I am very happy to be part of the film as it’s a landmark film in my career—my 500th film to date—which will be talked about. The film has received great responses. I hope it will become a big hit, which I am feeling it will.” 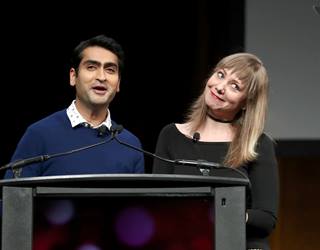 The movie is promoted as a romantic comedy, but romance and comedy aside, it touches upon many social and cultural issues for discussion. Kher points out, “At a press conference, someone said, ‘How can you not tell your parents you love someone?’ Well, in South Asia, that is what happens! But the beauty of Kumail’s character is that he does not want to straight away jump [into this relationship] just because he has met somebody and had a one-night stand. The dignity of Kumail’s character comes across because he wants to listen to his parents, doesn’t want to disappoint them.” 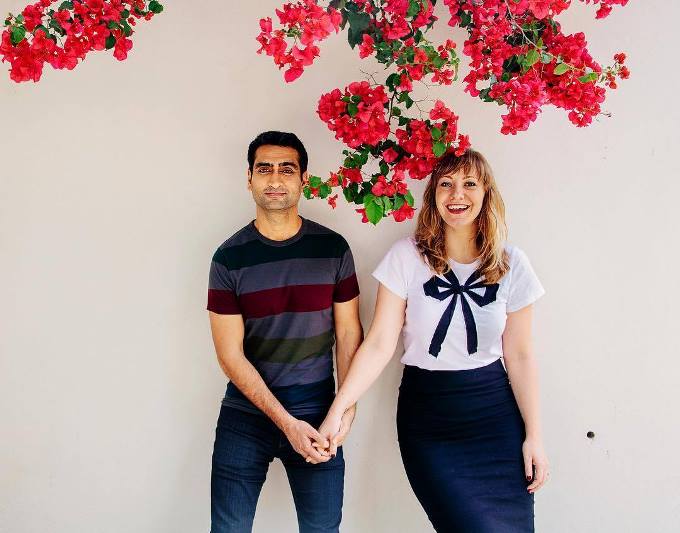 Sure, the arranged marriage topic and clash of cultures does play a part in the narrative. “It touches upon that topic, and I am glad at the way they did it,” says Kher. “But really, the only religion you have to think about is humanity. At the end of it, we are people, people have heart, and this film has heart. All characters in the movie have their own subplots and stories, which is why it has a universal appeal. Yes, it is categorized in the romantic comedy genre so people immediately know to expect it, but within that, there are lots and lots of shades, and that is why this film is so different.”

The film has already won South by Southwest’s Audience Award: Festival Favorites for Director Michael Showalter, and Rotten Tomatoes has given it an approval rating of 96%.

The film comes out not long after June 12, 2017, Loving Day, the 50th anniversary of when the U.S. Supreme Court struck down state laws outlawing interracial marriage. That Supreme Court decision made possible the real life story that inspired the movie, The Big Sick.