Opinion: American politics is taking a radical new turn. Socialism is no longer a dirty word 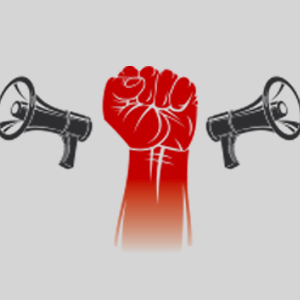 The American dream is fading with jobs being shifted to Shanghai and Bengaluru, factories shutting down, and “outsourcing” raising corporate profits while lowering American wages. Not surprisingly, according to polls, a majority of Americans are now supporting policies and candidates that tend towards socialism.

When I lived in the U.S., I was always struck by the incongruity of how the word “socialism”—which we in India had been brought up to think of as a noble ideal—was viewed by Americans with distaste and horror, as if it were synonymous with Satanism. To accuse a politician or even a commentator of socialism was to condemn him or her to the margins of acceptable discourse. Politics centered entirely on various forms of capitalism; ideological differences were over regulating capitalism, not challenging it with a different system altogether. Socialism was, in American popular consensus, a Bad Thing.

A recent visit to the U.S., now caught up in the early stages of what promises to be a riveting election for the presidency next year, was revelatory: America is changing. Socialist ideas are no longer unacceptable: indeed, they are increasingly seen as the only alternative to the extreme capitalism embodied by the entitled, money-inheriting, tax-avoiding, deal-making political entrepreneur, Donald Trump.

Socialist leaders on the rise
A look at the principal Democratic contenders confirms this conclusion. With his lead slipping at the front of the pack, former Vice-President Joe Biden looks like the last survivor of an endangered species, the centrist Democrat. Everyone else with a serious chance in the Democratic camp is running well to the left of him. Of his three principal challengers, Bernie Sanders even calls himself a socialist, which has done no harm to his popularity among the young. Elizabeth Warren and Kamala Harris both advocate policies that in any democracy would be considered socialist in all but name.

Warren, for instance, proposes to levy annual taxes of 2 per cent on households whose wealth exceeds $50m, going up to 3 per cent on billionaires. She estimates that this would affect just 75,000 American households, and that it would yield revenues of $2.75 trillion over 10 years. Warren says she would use this money to fund public services, notably free college education and affordable health care. Polls suggest that far from denouncing this as dangerous socialism, as the Right-wing commentariat reflexively did, a majority of Americans support her proposals.

In fact, the American public is falling in love with politicians like Warren and “AOC,” Alexandria Ocasio-Cortez, a 29-year-old Congresswoman from New York City, who is too young to run for President but already dominates much public discourse about what young Americans like the ones she represents really want.

Pollsters confirm this: according to the prestigious Gallup Poll, more young Americans between 18 and 29 have a “positive view” of socialism (51 per cent) than of capitalism (45 per cent), and among Democrats of all ages, 57 per cent have a positive view of socialism as against 47 per cent who have a positive view of capitalism (clearly some Dems like both!). Another polling organization, YouGov, conducted a poll for the Huffington Post that established that while some Americans still admire billionaires, twice as many now feel more distrust than admiration for them.

Millennials and the lost American dream
Such feelings are particularly widespread among young Americans, I discovered, because the American Dream has been fading for them over the last generation. Till the advent of globalization, young Americans routinely believed they would be more prosperous than their parents, live in bigger houses, drive fancier cars, dispose of larger incomes, go farther away on longer vacations. As jobs were exported to Shanghai and Bengaluru, factories shut down, and “outsourcing” raised corporate profits while lowering American wages, those dreams met the prosaic reality of young people being unable to get good jobs, unable to afford to leave their parents’ homes, and unable to afford adequate health insurance, let alone vacations and cars.

The millennial generation is especially suspicious of the capitalist mantras they have been fed for so long because these have not worked for them. Young people who own very little property, are struggling to repay their college loans, and can’t afford to fall sick, are understandably more likely to view socialism favorably, because it offers solutions to their specific problems.

This explains the popularity of Warren, Sanders, and Harris, and why Biden’s lead is slipping. Should young people consolidate behind Warren, as seems to be happening, particularly with concerns about Sanders’ health, Biden would be eclipsed. The Democrats could then offer the American public as radical a choice as can be imagined—a “redistributionist” candidate willing to tax the rich to protect the poor, against an incumbent who is a symbol of extreme capitalist excess.

Capitalism and inequality
Talking to young Americans, one senses a growing awareness of the failings of capitalism, and particularly of the growingly visible phenomenon of inequality. America has led the way in the creation of a worldwide inequality problem.

According to the latest Oxfam world inequality report, the assets of just 26 of the richest people in the world are more or less equal to the combined wealth of the bottom 50 per cent of the world’s population. The Credit Suisse Global Wealth Report 2018 tells us that about 64 per cent of the adult population lives with a wealth below $10,000, which corresponds to only 1.9 per cent of the global wealth. A mere 1 per cent of the fortune of the world’s richest man, says Oxfam, is equivalent to the whole health budget of the country of Ethiopia, with 105 million (10.5 crore) inhabitants.

It is therefore no surprise that the “Occupy Wall Street” movement in the U.S. saw young Americans passionately denouncing “the 1 per cent”—the plutocrats, ensconced in the boardrooms of merchant banks and private equity funds, who used money to make bigger amounts of money while throwing the 99 per cent into (relative) poverty. Many millennials are openly skeptical of the U.S. establishment’s claims to capitalist virtue and meritocracy: these are values that, they say, have in fact been hijacked by the rich, who (as a recent well-publicized scandal revealed) have used their wealth to bribe their way into getting their children into the top universities. Wealth, they feel, is self-perpetuating.

Freedom of choice? The rich, they say, buy political candidates and parties that are dependent on their contributions to fight elections; Warren won popularity by promising to avoid big donors and stop holding big-ticket fund-raisers to raise money from the rich. American capitalists have also developed an unsavory reputation for hiding their money from taxation: it is no accident that Donald Trump was the first presidential candidate since 1976 who refused to release his tax returns for public scrutiny. Many suggested that this was because he hadn’t paid any taxes for a decade.

All these developments point to a radical new direction for American politics. Whatever happens over the next 13 months till Americans choose their next President—and whoever wins—one thing is certain. Socialism is no longer taboo in American politics.

The author is a Member of Parliament for Thiruvananthapuram and former MoS for External Affairs and HRD. He served the U.N. as an administrator and peacekeeper for three decades. He studied History at St. Stephen’s College, Delhi University and International Relations at Tufts University. Tharoor has authored 18 books, both fiction and nonfiction; his most recent book is The Paradoxical Prime Minister. Follow him on Twitter @ShashiTharoor. Views are personal. This article first appeared in www.theprint.in