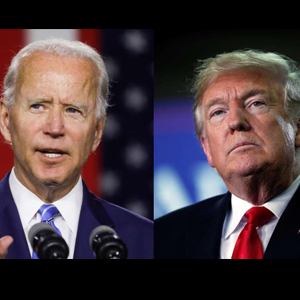 For Desi voters in Georgia, 2020 was a historic year which we’ll never forget. As if surviving a pandemic was not enough, it fell on Georgia’s 238,000 Desi and Asian American& Pacific Islander voters to be the decisive block for the most consequential election of our lives. As the fastest growing voting group in Georgia, we rose to the occasion for the 2020 Election, with a 91 percent increase in turnout compared to the 2016 election. Offended by voter suppression laws designed to keep our communities away from the decision making table, we organized and channeled our collective strength into registering, voting early, using mail-in ballots as well as providing translation,rides, chairs and bhujia—everysupport our most vulnerable community members needed to participate.

As a reward for flipping Georgia blue for the first time in a generation, Georgia voters got the opportunity to make history again with the historic runoffs for two Senate seats. Desi and Asian American & Pacific Islanders again played a pivotal role in exceedingly close elections. Anchored in our community, we turned out for our safety, we turned out for our right to exist, we turned out to ensure that Georgia made the accelerated shift towards its diverse, vibrant and prosperous future where everyone can participate and reach their full potential.

Desi voters in Georgia can proudly say that we played a key role in electing our first woman, the first AfricanAmerican, first Indian-American Vice President of the United States. We also take pride in having elected our first Black and Jewish Senators from Georgia as well. These triumphs all happened because of the manifested vision of leaders like Stacy Abrams, who foretold and then organized and invested in communities across the peach state to bring together a diverse coalition of voters who set the New Georgia on its blue path.

Because of our votes, here is what we have been able to accomplish:

Predictably,our gains have been met with furious, and let’s say it—racist—opposition. We had barely a day to enjoy our hard-fought twin victories in the Senate before white supremacist insurrectionists attempted to prevent the democratic process of certifying election result on January 6. We are also seeing Republicans all over the country enacting voter suppression laws to try to change the electorate rather than changing their own policies and priorities.

In Georgia, there are two major voter suppression bills: Senate Bill 241 and House Bill 531. These two massive bills are targeted retaliation against our communities to ensure less of us vote in future elections. We know that in 2020, 85 percent of Asian American voters early or voted by mail. These new bills threaten both of these voting methods. These shortsighted and racially motivated tactics disrespect our communities and our collective intelligence. They may have the legislative capacity right now to pursue racist voter suppression laws, but we will fight them every inch of the way, stand up to whatever obstacles they manage to put in our way, vote them out, and reverse their spiteful resistance to democratic principles.

Instead of celebrating the historic turnout and civic engagement Georgia just displayed to the world, members of the Georgia state legislature are running away from the future electorate and doing everything they can to slow down and stymie the American Dream that we are striving to manifest.

Just like we showed in these last elections, nothing energizes us more than sinister efforts to extinguish our voices and our votes.

Call your representatives and senators today and make your voice heard, let your legislators know that your vote matters. Call Majority Leader Mike Dugan (404) 656-7872 and the Speaker of the House David Ralston (404) 656-5020, and tell them to vote “NO” on House Bill 531 and Senate Bill 241. Visit bit.ly/AAAFaction for more information on how to contact your elected officials.