Perspective: Are You a Good Hindu? 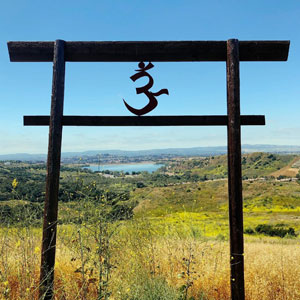 RANJANI RAO prefers the word “small” rather than “big” when she’s talking about her belief. But while religion is not a badge or an identity, it’s an inherent part of her life.

The week before Christmas, on the cusp of the millennium, Karen, my colleague, asked me this question at our workplace in California. I had spent the past decade in America doing things that young immigrants do: go to graduate school, get a job, get a green card. Not once had I stopped to consider if my Hindu upbringing had anything to do with my goals, achievements, or plans for the future. In fact, I had never considered appraising myself on the “good Hindu” scale. In the Bombay neighborhood where I came of age, this question had never come up.

My mother had insisted on enrolling me into an all-girls school run by Catholic nuns. My classmates and I wore the prescribed school uniform; a classic blue frock with three white buttons down the front, paired with appropriate shoes. Our annual class photos, now sepia-tinted, depict a gaggle of girls, some short, some long-legged, fair-skinned or tanned, in braids or tight ponytails, standing or sitting beside our teachers. Despite belonging to Hindu, Christian, Muslim, Sikh, Jain, or Parsi faiths, we were indistinguishable from each other and united by our affiliation with, and affection for, our school.

On rare days, we would get a chance to visit the chapel located in a corner of our vast school grounds. It was a treat to be inside the dark, quiet interior of the large space, so unlike the noise and bustle of Hindu temples. But Prema, my Catholic friend, loved to follow me into the local Ganpati temple, thrilled to ring the bell, circumambulate the shrine and line up for prasad. Every year, I shared my Diwali sweets with her and received an invitation for Christmas cake.

One summer afternoon, two girls in colorful burkhas came home. To my great delight, my two friends had finally accepted my long-pending invitation. Once inside, they discarded their outer wear, and I turned up the fan to dispel the sluggish pre-monsoon humidity. They happily accepted the cold lemonade that my mother offered, oblivious to the disapproving gaze of my grandmother. We giggled and laughed, exchanged books, and gossiped about movie stars.

“Why do you have Muslim friends?” My grandmother’s question, asked a few minutes after they left, wasn’t entirely unexpected. She knew that I went to a different school than my brothers, that my classroom was full of girls, but she hadn’t expected me to bring home friends of other religions. She had a way of setting me off by constantly questioning the length of my hair, the cut of my dress, and the absence of the bindi on my forehead. Inwardly seething, I chose not to reply.

“Your brothers don’t bring home boys from other religions,” she continued, unaware of my rage.

“How would you know? All boys look the same,” I replied. My words caught her off guard.

My mother had always encouraged my brothers and me to bring our friends home, a smart move that allowed her to keep an eye on who we were hanging out with and what we talked about. She had not placed any restrictions of gender or religion on any of us.

My grandmother stood at the door to the kitchen, stunned into silence by my retort. Behind her I could see the altar holding photos and idols of Hindu gods. Our parents prayed there each morning, and so did we, repeating shlokas and rituals we had observed a thousand times before. By the time I was ten, I could recite the Lord’s Prayer in school and shlokas in praise of Ganesha and Saraswati at home.

Were my parents good Hindus? I do not know. I was not told or tutored to be one. Did they take us to temples and places of pilgrimage? Yes. Did my parents live peacefully with their neighbors and get on with their lives without fanning hatred and division? Absolutely yes.

My parents took my brothers and me to the Golden Temple in Amritsar and other gurdwaras when we were kids. In later years, I took them on a holiday to Goa where we admired the historic churches. More recently, I found myself awestruck by the beauty and majesty of the Taj Mahal and Fatehpur Sikri. I have contemplated silently at the Bahai Temple in Delhi and found peace in Buddhist monasteries in Ladakh.

My rituals form the framework of my daily discipline. I take a few minutes each day to mindfully acknowledge a higher power whom I entrust with my wellbeing. Over the years, I have forgotten some of the Sanskrit chants I once recited, but I have made it a point to say one English prayer giving thanks and one shloka seeking forgiveness each night—practices that give me the strength to be human, to accept my mistakes, and to strive to be better.

But my faith is more than a single-minded pursuit of religious symbols and rituals. Having called cities within and outside India as home, and having made friends from faraway lands, I choose to intentionally cultivate faith in people—to look beyond the differences, to refrain from participating in divisive debates, to build bridges to understanding.

A few months ago, guests representing ten different countries attended a Deepavali party at our home in Singapore. I do not know what their religious affiliations were. It didn’t matter. What mattered was that our festival gave us an excuse to meet and have a pleasant evening, and for a short while, disregard the artificial separation brought about by our geographic borders.

What would my grandmother have said? Would she have considered it sacrilegious?

What would Karen say? Would she consider me a good Hindu?

All I know is that by opening my home to the people who are within my circle, with each of us so far from home, I am just expanding the circle that was built decades ago in a girls’ school in a Bombay suburb, a circle whose epicenter was that small apartment where my mother welcomed my friends, regardless of their religion or the disapproval of her mother. I have learnt that being a good Hindu is nowhere as important as being a good human. I am sure my mother would agree.