Perspective: Being Liberal in India: a Manifesto for Violent Times 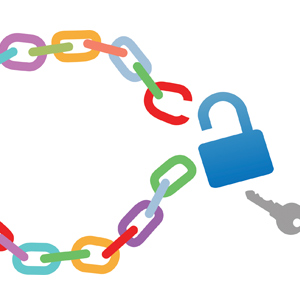 To start with, a liberal is concerned with and about her fellow humans.

Cow vigilantes pull a man from his truck and lynch him because he is transporting cattle. What’s a liberal to do?

An MP from the ruling party shows, on television, a famous World War II photograph from Iwo Jima of U.S. Marines raising the U.S. flag. Only, on the image he shows, the flag has been mutated into the Indian tricolor. Using this lie, he is trying to make a point about how it’s only people like him who care about the sacrifices of Indian soldiers. What’s a liberal to do?

And yet, as Keshava Guha recently wrote in his article “Between the lines: What’s driving the media to blame liberals for everything from Kashmir to Sukma” on Scroll.in, “very few of those people targeted [this way] ever claim to be liberal.”

But I’ll say it: I claim to be liberal. Proudly so. I’ll return to the cases above, but first it’s worth spelling out what that term, so often scorned these days, means. What it implies. What it asks.

I don’t much care about precise dictionary definitions. To me, the term “liberal” is best understood as a state of mind, a particular approach to life, a definite view of the world. And it can all stand being articulated.

A concern for humanity
To start with, a liberal is concerned with and about her fellow-humans. She does not think of them as Muslims or Albanians or dark-skinned or something else. She just sees them as humans, part of this planet’s great and diverse tide of humanity. For her, John Donne’s words might be a calling card, a badge of honor: “Any man’s death diminishes me, because I am involved in mankind.”

That is the foundation. What it translates into is a wide-eyed curiosity about the world, a constant sensitivity to those who live in it.

Which is why our liberal is so moved by the 70-year-old who teaches municipal school kids every day on the nearby seafront promenade. Or the doctors who have left careers at the All India Institute of Medical Sciences in Delhi to run a clinic in rural Chhattisgarh. Or the filmmaker who started a school in Nagapattinam in Tamil Nadu for kids orphaned by the 2004 tsunami. All three involved in mankind, definitely.

Equally, that is also why our liberal is appalled when she sees a senior citizen couple stuck in the middle of a busy street as cars actually speed up to prevent them from getting across. Or when she learns that a politician once flung saris into a crowd of impoverished women at an election rally. Or when a woman assaulted by her husband claims that she deserved the violence and in fact, the husband really loves her.

To a liberal, these are perversions of some essence of humanity. They appall her because she starts with the assumption, always, that each of us possesses that same essence. That we cannot demand it of others until we are certain it is in place, secure and whole, in ourselves.

To start with, a liberal is concerned with and about her fellow humans. She does not think of them as Muslims or Albanians or dark-skinned or something else. She just sees them as humans, part of this planet’s great and diverse tide of humanity. For her, John Donne’s words might be a calling card, a badge of honor: “Any man’s death diminishes me, because I am involved in mankind.”

And if it is, much else begins falling into place. You look for justice and reason. You look for compassion and wisdom, and the strength that comes from them. You look for what you can learn from others, whether your neighbor or a Quechua from the Peruvian Andes—because you know that this planet’s greatest teacher is that same “great and diverse tide of humanity.”

Such are the values that inform your own life. You cannot imagine how they cannot inform others’ lives. Or put it this way: you feel sorry for those who live absent of such values. They know not what they miss.

All this is what being liberal means to me. I claim the label for myself and see zero reason to be apologetic about it.

Awareness of limitations
But let us be clear: such a view of the world also brings with it a certain humility about our place in it. That means we understand our limitations, understand that we do not have all the answers. That is important to know, when faced with the question of what to do about certain situations.

So what is a liberal to do about that morphed image from Iwo Jima? She first points out the egregious lie. Then she makes the obvious case: a man who must lie to make a point cares not at all for our soldiers, but only for the business of scoring points in a TV debate. Far better to entrust the welfare of our armed forces to those who will quietly, without fuss, tackle the immensely hard work of making peace, so our soldiers can live rather than die.

What is a liberal to do about lynching by cow vigilantes, these gau gundas? Ignore attempts to valorize the thugs, or to turn the debate to the morals or otherwise of cow slaughter—and focus on the sole issue here: that men have been beaten to death and such crimes cannot escape justice. The liberal also recognizes that the administration and law and order machinery is often sympathetic to the killers, and therefore they may never be punished. No matter: that does not dilute the need to focus on that sole issue.

What is a liberal to do about the massacre in Sukma? Mourn the dead and call for killers to face justice, of course. But perhaps a certain humility also applies. After all, I do not have answers that will bring the conflict to an end overnight. I have no problem admitting that. But I also know that my country has failed to deliver development, health, justice, education, and more to whole sections of our people. The liberal in me knows that until that failure is addressed, the Maoist dilemma will remain a bloody albatross around our necks.

Meanwhile, too many nonliberals, whoever they are, are engaged in the soul-deadening work of scorning liberals every chance they get. Massacre in Stockholm or Sukma or San Bernardino? Waste no time firing off that tweet asking your nearest annoying liberal why she hasn’t condemned it yet. But the true liberal, she ignores this mud-flinging. Instead, she retains her focus on what really matters in each case.

Because she knows: that’s the way to a better world.

Dilip D’Souza is a Mumbai-based writer and journalist. He writes about social and political causes. His columns have appeared in The Sunday Observer, Rediff.com, Outlook, Mid-Day, The Caravan, and other publications. This article was first published in Scroll.in, a digital publication.