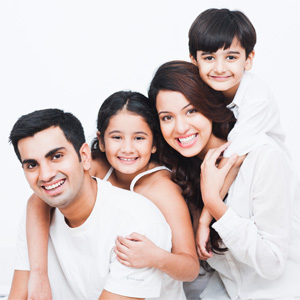 Remarriage involves reinvention, and that’s especially true when both partners have children from their previous marriages. RANJANI RAO reflects on the creation of her modern family, which drew inspiration from the American sitcom Modern Family.

It’s that time again. Time for our family to pick the next show to watch during dinner. After the end of Modern Family, our long-standing favorite show, we now have to choose between Never Have I Ever or Kim’s Convenience, a Canadian sitcom.

Our family WhatsApp group is named Modern Family, after the eponymous American TV show, which aired from 2009 to 2020. It’s an odd name for an Indian family of four living in Singapore. None of us look or behave like members of the multigenerational, multiracial extended family featured on the show. The reason I chose that name for our small nuclear family was our unique origin story, and the connection we feel with the wacky, memorable characters from the show.

When my husband and I decided to marry, we brought with us a “plus one,” one daughter each from our previous marriages. We moved to Singapore to begin our second innings with a fair idea of the adjustments we would all need to make within and outside the home.

Between work, school, and extracurricular activities, our days were busy. Living under the same roof and getting along with each other had been surprisingly easy. Like planets revolving in non-intersecting orbits, we seldom collided. It was this unexpected peace, not strife, that brought to my attention the enormity of the task beyond the obvious superficial ones—the task of coming together as a family. With one teenager and one preteen on our hands, we had set ourselves a lofty goal in midlife.

In the first year we set out on treks on Sunday mornings. With backpacks loaded with sandwiches and water bottles, we walked single file on narrow trails and returned home sweaty and tired. As our familiarity with the outdoors grew, so did the internal dissent.

A few months later we invested in board games—Taboo, Cranium, Twister. We liked Sequence best, a board game with cards that was perfectly suited for four players that could be played on weeknights and in the air-conditioned comfort of our own home. When the board game buzz faded, we switched to walks around our neighborhood after dinner. But most nights the girls had homework.

The second year I ordered a 1000-piece jigsaw puzzle of Van Gogh’s Irises, hoping to unite the troops towards a common goal. The family gathered around it for a few weeks but as the year came to an end, I couldn’t bear to see the incomplete gaps mocking my optimism. I sat with it every evening after work until it was done. A win for me, but wasn’t it supposed to be a team sport? I needed a long term project, something we could all do every single day.

Dinner, the only meal for which the family gathered, was the perfect time to bond. But how? The kids silently nibbled and discreetly glanced at their phones while we talked about work. Going against conventional warnings against reading or watching TV during mealtimes, we decided to watch a show together, preferably a long one that could serve the dual purpose of cultural immersion and entertainment. As parents, we chose the television adaptation of Mahabharat, the great (aka never-ending) Indian epic. With each of the over 250 episodes, its popularity declined. On the flip side, the girls bonded over their common dislike over our choice. 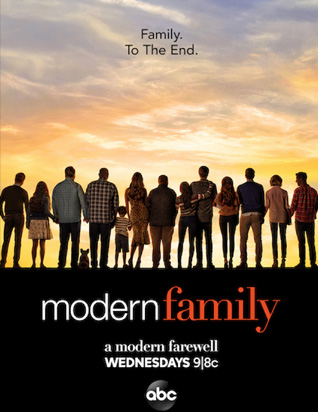 When the show finally ended, the girls lobbied for a Netflix subscription and insisted on selecting the next show. Enter Modern Family. Our dinner table immediately filled with laughter and lively discussions. Our two teenagers did not physically resemble Haley and Alex, but our older daughter loved to shop while the younger, not so much. As we moved through the seasons, we collectively mourned the loss of innocence (and cuteness) of Luke and Manny, and quickly transferred our affections to Lily and little Joe.

We saw ourselves reflected on screen as each member did something silly, stupid, or plain outrageous. Even in petty, selfish everyday behaviors, we learnt that it was okay to slip and stumble and pick yourself up, apologize when necessary, and make amends, even if unpleasant. One way or another, the Modern Family members always gathered for holidays, birthday parties, and sometimes, like us, in emergency rooms.

Over the next two years, our older daughter emerged from her teens, began babysitting, and learnt yoga. The younger one hit puberty, discovered boys, and eye makeup. Despite our different approaches, the husband and I became comfortable with co-parenting, a major change from our days as single parents.

By highlighting the ridiculousness of so much of what we do and believe, Modern Family became a welcome and humorous antidote to the seriousness of life. We watched the series finale with a heavy heart. Modern Family was not a reflection of our family but the four of us grew, evolved, and came of age alongside the show. The name of our WhatsApp group is a reminder and proof of it.

As we once again gather to choose the next show to watch, we find ourselves accepting that a show may end but life goes on.