Perspective: The California Text Book Controversy: The Wonder That Was India 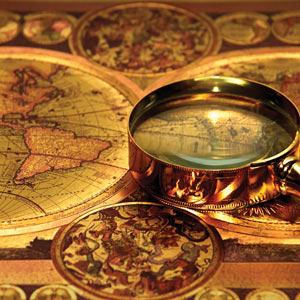 Gentle reader, here is a thought experiment: please say out loud “The wonder that was India.”

Now try saying “The wonder that was South Asia, formerly known as India, but post-partition of 1947—reflecting political correctness, academic inclusivity, and regional fracture—is identified by a few hundred Indologists (but very few of the 1.3 billion people living in India) to be a subcontinent which incorporates India, Pakistan, Bangladesh, Nepal, Bhutan, Sri Lanka, and the Maldives (and sometimes Afghanistan, Myanmar, and Mauritius, but rarely Tibet).”

The Wonder That Was India is the title of a book by A. L. Basham, first published in 1954 some seven years after the British partitioning of India. It’s a lovely, poetic title for a book of scholarship, inspiring a sense of awe, a time of wonder. To be sure, the full scholarly title has a subtitle after the colon (“A Survey of the Culture of the Indian Sub-Continent before the Coming of the Muslims”), which is a bit more wonky and considerably less poetic.

There are two key words in the above three paragraphs of rhetoric: “identified” and “colon.”

The “colon” is a rather effective punctuation mark (“:”) if one is interested in lists or pauses. For example, one might write, “South Asia consists of many countries, including, but not necessarily limited to, the following modern-day nations listed in alphabetic order: Bangladesh, Bhutan, India, Maldives, Nepal, Pakistan, and Sri Lanka.”

Interestingly, the letters “c-o-l-o-n” mark the first part of “colonialism.” And, according to the Stanford Encyclopedia of Philosophy, “The term colony comes from the Latin word colonus, meaning farmer. This root reminds us that the practice of colonialism usually involved the transfer of population to a new territory, where the arrivals lived as permanent settlers while maintaining political allegiance to their country of origin.” And colonialism is related to imperialism, which “comes from the Latin term imperium, meaning to command. Thus, the term imperialism draws attention to the way that one country exercises power over another, whether through settlement, sovereignty, or indirect mechanisms of control.”

Why this kerfuffle about a colon? It all began with a handful of seemingly innocuous sentences from the California Department of Education’s “2014-2016 Draft History-Social Science Framework” that were drafted with “South Asia” in the place of “India.” For example: “How did Indian monks, nuns, merchants, travelers, and states spread religious ideas and practices and cultural styles of art and architecture to Central and Southeast Asia?” The question at hand is whether California’s 6th and 7th graders should be taught about “Indian monks” or “South Asian monks.” It seems like a minor question if we are only talking about middle school (which itself is a metaphoric colon between elementary school and high school). But it is a much larger issue if we pause at the colon and concern ourselves with matters like colonialism and imperialism. Because these issues are about control, power, and identity, it very much matters how some California educators elect to name the part of the world I was born in, a part that is central to my identity.

And that leads us to our second key word from the first three paragraphs: “identified.”

Social scientists are trained to be identifiers and categorizers; they write histories of people identified as part of one group and establish distinct categories based on geography, religion, governance, and a host of other parameters. Seemingly objective, these identifications and categorizations are anything but objective. Either consciously or subconsciously, scholars take sides, but rarely pause to ask, “Whose side are we on?” Howard Becker, a sociologist at Northwestern University asked this important question in 1967. And nearly a half century later Nathan Glazer, a Harvard sociologist wrote the following in a letter responding to a New York Times article about the California history framework:

For ancient India, as known to the classical Greeks and to Alexander, and to Greek and Roman geographers, to Portuguese adventurers, to 17th- and 18th-century British, French, and Dutch merchants, to British imperialists, what other term, or some equivalent, would serve?

They could not conceive of it as ‘South Asia.’ They knew it as a distinctive civilization, stretching from the Indus to the Ganges, from the Himalayas to the Indian Ocean (and should we change that name, too?), with its own ancient languages, and classic texts, and religions descended from them.

‘South Asia’ is in vogue to avoid offending Pakistan and Bangladesh, but for history before 1947 no other term will serve.

So perhaps on the left side of the 1947 timeline/ colon, we should refer to South Asia as India, and on the right side, it should be “India” or “South Asia” depending on whether it is the modern nation that is being referred to or the entire subcontinent.

Let’s move from sociology and history to social psychology to view categories and identifiers from a different perspective. Let’s take the side of the people who actually live in (or are originally from) India, Pakistan, Sri Lanka, Bangladesh, etc. In other words, let’s use the mirror of social psychology to better understand our own position(s), our own semi-serious, semi-humorous, semi-noble, semi-tragic biases that result in “us” versus “them” type of thinking.

In 1979, Henri Tajfel and John Turner established a “Social Identity Theory” that suggested that humans move across three mental processes in determining who is in their group and who is outside of it: Social Categorization, Social Identification, and Social Comparison.

The social categories tell us which groups we are part of, and while there is fluidity, which enables one to be a part of many categories, strong identification with one group can reinforce boundaries with other groups. Social Identification results in emotional connection with a certain group (just go to a sporting event for evidence), and self-esteem can be dependent on that social identity (when your team wins, you win).

Social Comparison is the final stage. To sustain self-esteem, our group needs to be seen in a favorable light versus other groups. And we certainly can’t all be lumped into one group, can we! How could I possibly be just a baseball fan? “Since I grew up in Chicago, I’ve gotta root for my Cubbies, even if that means alienating my readers in Atlanta and my kids in San Francisco.” Similarly, how could I simply be South Asian? I must be an Indian!

Many years ago, I began a linguistic social experiment that I never quite completed. I traveled across India asking family, colleagues, and strangers for their definitions of “desh.” Here are some responses:
• India
• Home
• Jodhpur
• Rajasthan
• My village
• New Delhi
• Ancestral place
• A place in my heart
• Wherever my family is

Being a pardesi, a foreigner in my own country of birth, I resonate with all of the above sentiments and more. Desh is a sense of place and time. And so is India. Both evoke something deep in my heart and soul, something old and never-ending. South Asia is a social construct that aims for utility. It evokes something at the surface of my intelligence, something new and malleable. I can accept both identities, but as I get older and wrestle with change and continuity, I long for my own wonder that was, is, and, I pray, always will be India.

Rajesh C. Oza wrote Khabar’s “Satyalogue” column for half a decade. As he welcomes new members into his Indian family, he embraces change while cherishing continuity.