Perspective: The Immigrant as Global Citizen 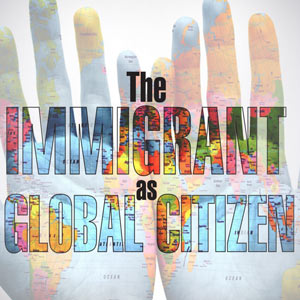 I would like to share the story of our family, having lived and raised two daughters in the U.S. over the last two decades, a story that deviates from some of the more traditional routes described above. As unusual as this might sound, from the day Nafees and I left Chennai with our 1-year-old daughter Sumayah and landed in the U.S. in the early ‘90s, we never felt out of place, one reason being that both Nafees and I have a fairly liberal, open outlook on life.

We easily made friends both on campus while I was a student at SUNY, Buffalo, and off campus with our neighbors, cutting across language, color, and culture. Within a couple of years, we’d forgotten that we were immigrants living in an adopted country. We felt very much at home, listening to NPR, following current affairs, sports, movies, and trying out cuisines—from the Far East to the Levant—that we had never encountered in India.

As we settled down in our professional, personal, and familial lives—our second daughter, Hanan, was born in a couple of years, and now we were a family of four—the overt acculturation of children to their parents’ culture that typically unfolds never took place in our household. (Full disclosure: we have never held formal membership in an Indian organization, temple, mosque, or church. And we don’t practice any organized religion.)

We discovered that the New World actually gave us an opportunity not only to exercise our political freedoms enshrined in the Bill of Rights and the American Constitution, but also to critically self-reflect and choose ideas, themes, and wisdom from down the ages and across cultures.

As young parents we were strongly attracted to the idea that the material world could be best understood through science, providing both empirical answers and as a working hypothesis where knowledge was incomplete; and both Eastern and Western philosophy providing us a guide on virtue ethics without any belief in a supernatural deity as a precondition. Thus, this set the foundations for what our culture in terms of ideas would be. Needless to say, as curious citizens we read books about other cultures, developed a taste for Greek, Japanese, and Mexican food, and blended ideas and spices in our homemade culinary fare.

On the intellectual side, our family together watched/rewatched TV shows such as Carl Sagan’s Cosmos, and read his books as well as those of authors such as the physicist Richard Feynman and neuroscientist V.S. Ramachandran. Alongside, we watched movies like The Lion King, TV shows such as Arthur, and read Harry Potter books. We watched both serious films like Twelve Angry Men, Inherit the Wind, and Contact and comical ones like My Big Fat Greek Wedding and Meet the Fockers.

As young parents, we avidly read philosophers ranging from Jiddu Krishnamurti, Rabindranath Tagore, and the Dalai Lama from the East to the ancient Stoic philosophers such as Epictetus, Seneca, and Marcus Aurelius from the West. We traveled widely across the country to learn about the history of the United States, going to places such as Monticello, Mt. Vernon, Gettysburg, the Kennedy Space Center; and, of course, to partake in the natural history of the land, spending time in log cabins in the Smoky Mountains, not to mention the parks and beaches of Florida.

All along we acquired friends, anyone with whom we could have a good discussion on ideas, politics, sports (we’re avid tennis players) and philosophy. So did our daughters. To them, their family extends beyond the core, and encompasses their very best friends made in school and college. Today, they are confident young women who have travelled far and wide on their own in Europe and Africa for both academic work and as tourists, and they pursue their vocational callings with ardor and vigor.

Reflecting on it now, as a family we didn’t seem to adopt an off-the-shelf culture either out of compulsion or necessity. Put simply, we had a philosophy that loosely encapsulated the Stoic ideal that virtue is the one and only necessary and sufficient condition for the flourishing life; and that a life lived in agreement with these virtues—courage, equanimity, temperance, justice—is all that matters. Obviously, we are not anywhere close to being perfect but strive in every possible way to reach out to people unlike ourselves and manifest our innate potential to excel as human beings, both as citizens of these United States and the world at large.

Moin Rahman specializes in the design of human-technology interactions in a variety of settings, including healthcare, aviation and surface transportation, and critical communication and computing used by first-responders.