Perspective: The World Hopes for Reversal of America First 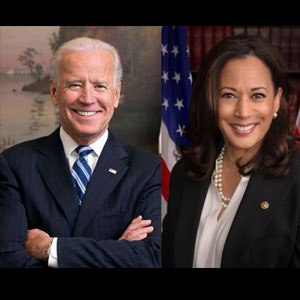 As the Trump era ends, in many nations, not least in India—still giddy about the ascent of a half-Tamil woman as Biden’s vice president—there are broader questions about what a Biden presidency might mean for the world.

On January 20, 2021, Joe Biden will be inaugurated as the 46th president of the United States of America. The news of his victory on November 7 prompted spontaneous celebrations not only on the streets of New York and Washington, but in London, Berlin and other cities across the globe, as well as a flurry of enthusiastic comment in media around the world. Much of it was prompted by relief at the imminent departure of the mercurial, erratic, and narcissistic Donald Trump from the White House. But expectations worldwide are clearly high.

Biden himself spoke of this being a time to heal the stark divisions that have arisen in his country, and to end the toxic polarization that has poisoned the politics of the world’s oldest democracy. Indeed, many Americans are looking forward to normalcy, to a life in which it may again be possible not to have to think about politics all the time, or worry about what the temperamentally-tweeting president is up to now. But in foreign countries, not least in India—still giddy about the ascent of a half-Tamil woman as Biden’s vice president— there are many broader questions about what a Biden presidency might mean.

The most obvious crucial difference that most countries expect is a reversal of the phase of American isolationism inaugurated under Trump, whose relentless advocacy of “America First” had alienated many allies. “Make America Great Again” was Trump’s populist slogan, but it too often seemed to imply “and to hell with the rest.”

America’s global posture on most issues involved very little consultation with, or regard for the concerns of, other countries, and pulled back from previous security and related commitments made under more internationalist presidents. A post-Trump Washington, it is expected, will renew the nation’s traditional desire to assert co-operative global leadership and maintain its engagements across the world.

Linked to this will be a reaffirmation of multilateralism to tackle challenges that cross all borders. Trump had withdrawn the U.S. from the Paris Climate Change Accords, unilaterally abrogated the Iran nuclear deal, and—at the height of a global pandemic—exited the World Health Organization. Biden has declared or implied that he will change course on all three. A President Biden will, it is believed, honor the need for American involvement and moral leadership in tackling global problems in the name of our common humanity.

President Trump’s belligerence on trade, his cancellation of assorted international trade negotiations, and his willingness to impose tariffs and launch trade wars against friend and foe alike, should be supplanted  by a more co-operative style of economic diplomacy. With the global economy reeling from the devastating effects of the Covid-19 pandemic, revival is going to require more co-operation and less confrontation, and many will hope that Biden will be more inclined to provide it.

India, too, would welcome all of these developments, even if the “bromance” between President Trump and Prime Minister Narendra Modi had brought in an unduly personalized tone into the Indo-U.S. relationship, accentuated by Modi’s pronouncing “Ab ki baar, Trump Sarkar” at the “Howdy Modi!” event in Houston in 2019.

For a number of reasons, however, Indo-U.S. relations are rock-solid and likely to prove impervious to a change of government at either end. India has been a priority for both Democrats and Republican presidents in the last twenty years—Clinton and Obama on the one hand, Bush and Trump on the other— and in New Delhi, the importance of relations with the U.S. has been emphasized by both Congress-led and BJP governments.

The two countries have no significant differences on either strategic issues or economic ones, and in fact have been showcasing increasing convergence on the U.S. concept of the “Indo-Pacific,” with the strengthening of the quadrilateral arrangement that links them to Australia and Japan. Security co-operation, intelligence sharing and even a measure of technological partnership had all grown under Trump and can be expected to continue under Biden, even if the Democrats are likely to tone down the harshness of the current administration’s rhetoric towards China.

One area of special concern for Indians relates to whether Trump’s restrictive attitude to H1-B work visas— which allow non-immigrants, overwhelmingly Indian techies, to work in the United States—will be overturned by a Biden-Harris Administration. While Trump has attacked Indians for taking American jobs, both Democrat candidates, as Senators, have supported a more welcoming immigration policy. Though it is too early to tell, things are unlikely to be as bad as they became under Trump, even if some reduction in the numbers is likely, given the levels of unemployment in pandemic-afflicted America.

The growing influence of the four million strong Indian-American community in the U.S. is a significant factor in that country’s politics. But some Modi supporters are understandably worried that the Democrats’ traditional advocacy of democracy and human rights could in fact negatively affect the present Indian government. On the one hand, Kamala Harris’s ties of blood to India are bound to imply some affinity. It is clear India won’t be overlooked, let alone forgotten, in an administration of which Harris is a senior member. But this cuts both ways.

She has been a strong voice for democracy and human rights generally, which could put her at odds with some of the Modi government’s actions. When you care about a country you won’t be indifferent to it, and are more likely to take a stand on issues agitating the community, including violations of the standards that India used to enjoy being applauded for under more liberal governments here. Kamala Harris will not automatically endorse everything the Indian government does, and that makes some autocrats in New Delhi nervous.

Still, the criticisms freely expressed by a senator are unlikely to be echoed by a vice president. Behind closed doors, the Biden-Harris duo might occasionally be inclined to offer Modi & Co some “tough love,” but on the whole, India, like most of the world, stands to benefit from a calmer, more predictable, more internationalist leadership in charge in Washington. 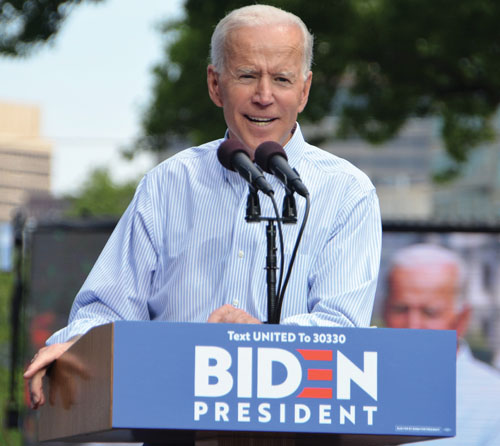 China will remain the key foreign policy challenge for the Biden administration. The Democrats too, while not as hawkish as Trump, seem to have shed many of their earlier illusions about China, which they feel has abandoned its “peaceful rise” to take a more confrontational stand in the region. In the wake of the pandemic, the American desire to reduce dependence on Chinese production and supply chains is shared across both parties. India could be a beneficiary of this “decoupling” from China.

New Delhi has already been moving closer to the United States, coordinating with Washington in the Financial Action Task Force (which sanctions support for terrorism), the United Nations Security Council, and the World Intellectual Property Organization.

Indo-U.S. military co-operation took a quantum leap with the conclusion of a logistics support agreement in 2016, a communication security agreement in 2018 and an accord on geospatial cooperation. India has also endorsed, at least rhetorically, the U.S. concept of the “Indo-Pacific” region. It has been gradually shaking off its formerly tentative embrace of the U.S.-led quad, deepening its strategic ties with Australia and Japan and going ahead with a second Foreign Ministers meeting of the quadrilateral group in Tokyo, after years of not letting it rise to that level.

India’s recent invitation to Australia to participate in the annual Malabar naval exercise with the Indian, Japanese, and American navies later this year, would give the four members of the quad a formal, practical platform that adds a military dimension to their relationship. In June this year, India, which had earlier concluded a Mutual Logistics Support Arrangement with the U.S., signed one with Australia and let it be known that one with Japan would soon follow, enhancing military interoperability among the quad nations. Japan, in turn, has added Australia, India, and the U.K. as its partners for defense intelligence sharing by amending its 2014 law on state secrets, which previously permitted exchanges only with the U.S.

Japan has begun cooperating with the Five Eyes—the intelligence-sharing alliance of anglophone countries, made up of Australia, Canada, New Zealand, the United Kingdom, and the United States—and India is considering whether to join it in a new “Seven Eyes” forum that could transform security in the Indo- Pacific region.

The quad is not a panacea to all of India’s security concerns about China, though: India is its only member with land-based security concerns, while the U.S. aims to counter China’s geopolitical challenge to America’s global dominance. Australia, which has been on the receiving end of Chinese retaliation for its temerity in demanding an inquiry into the origins of the pandemic, is reluctant to join American naval patrols in the South China Sea, since it remains economically dependent on Beijing, which accounts for one-third of its exports, and says it has “no intention of injuring” its relations with China. The Biden administration will have to tread delicately where Trump and his Secretary of State Pompeo had been all too happy to rush in.

It will also have to be careful in the Middle East, where Trump has taken steps that will be hard to reverse. The “Abraham Accords” under which the U.A.E. and Bahrain, with implicit Saudi blessing, recognized Israel recently, are a fait accompli, even if Biden is going to be less sympathetic to Netanyahu’s expansion of Israeli settlements in the Occupied Territories. The new emerging Gulf Arab coalition is also less likely to welcome Biden returning to the Obama policy on Iran, which they see as a hostile power in the region. A simple reversion of Trumpism in West Asia may not therefore be on the cards.

Beyond geographies, though, lie ideologies. Joe Biden, as candidate, has talked about convening a global democracy summit in his first few months in office. India, as the world’s largest democracy, would certainly expect to feature in a starring role at such an event. An emerging League of Democracies, embracing the G-7 countries along with India, Australia, and South Korea, could emerge under Biden as a major geopolitical force in the years ahead.

Shashi Tharoor is a third-term MP for Thiruvananthapuram, Kerala, and award-winning author of 21 books, most recently Tharoorosaurus (Penguin India). This opinion column originally appeared The Quint. Reprinted with the author’s permission. Follow him @ShashiTharoor