Politics: Standing up for their Beliefs

A look at four of the Indian-Americans running for U.S. Congress

Directly across from Suraj Patel’s Manhattan campaign headquarters stands the Great Hall of Cooper Union, where in 1860, Abraham Lincoln, Republican presidential candidate from Illinois, appeared before Easterners in a reportedly ill-fitting suit and gave a speech that helped him improve his underdog status in campaigning for the White House. Patel, 34, an Indian-American hotel owner born in Hattiesburg, Mississippi, and running for Congress from the 12th Congressional District, takes pleasure being in such close proximity to history, as he himself is in the process of making history.

He, along with nearly twenty other Indian-Americans in ten states, comprise the largest contingent of Indians ever to run for Congress. Mostly American-born, they include both previous office holders and rank political amateurs. What they share with other Americans running for Congress this year is the belief that Congress has let America down and that they can do better. 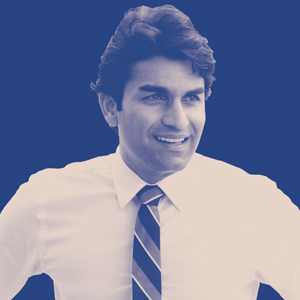 Patel, perhaps an even bigger underdog than Lincoln, seeks to unseat Democratic incumbent Carolyn Maloney. Like many first-time candidates, he is hopeful that a nationwide distaste for professional politicians will help him defeat Maloney, 72, who has been holding congressional office since 1993.

“I was campaigning on the street the other day,” Patel said, “and I stopped people and asked them if they knew who Carolyn Maloney was. Most of them had no idea. Only eight percent of eligible voters voted in the 2016 primary in the 12th district. And Maloney was running unopposed.”

Similarly, Saira Rao, 43, candidate from the 1st congressional district in Denver and also a first timer, must contend with Diana DeGette, House member since 1997. By contrast, Dr. Sapan Shah, 37, a physician and lawyer from Chicago’s 10th district, went against Democratic one-termer Brad Schneider, and lost. 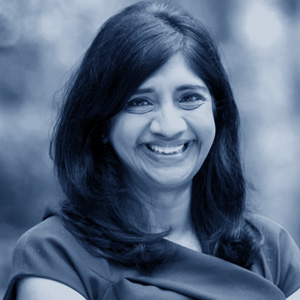 (Left) Aruna Miller is running from Maryland’s 6th district, where she has been a legislator in the House of Delegates since 2010.

While the others are facing incumbents, Aruna Miller, 53, of Maryland’s 6th district, is hoping to replace fellow Democrat John Delaney, who has decided to abandon his seat to plan for a 2020 presidential run.

Miller, since 2010 a legislator in Maryland’s House of Delegates, is the only member of this group of four to hold public office. She is also the only one who was born in India. The last member of her family to emigrate, she was raised by her maternal grandmother in Hyderabad until she was seven. Speaking about when her father came to take her to the U.S., Miller says, “One day this stranger appeared, larger than life,” she recalled. “He was around 6 foot 2. I didn’t remember my father. I knew he was a celebrity in our family: the first person to go to America. He had left when I was just an infant. He scooped me up and said, ‘We are leaving.’”

Landing in Poughkeepsie, New York, to join her parents and siblings, she was distraught about having been separated from her grandmother, the only “mother” she ever knew.

The year was 1972. Miller did not become a citizen until 2000. The post-9/11 Iraq War, which she strongly opposed, politicized her. When the Democratic Party in Maryland asked the civil engineer to run for a seat in the House of Delegates, she agreed. “I often say, ‘I spent my entire life trying to fit into a space that didn’t have me in mind.’”

Suraj Patel, like Rao, is a progressive young Democrat, who, similar to many others across the country, is challenging the Democratic establishment, hoping to reshape the party politically. “Being a firstgeneration immigrant, you are looking for validation, opportunities to prove you belong,” he said. “And what better way to do that than by involvement in politics. At Stanford, I studied political science. I interned for Dianne Feinstein when I was 19 or 20. I went to NYU Law School and was inspired to join the Obama campaign.”

The election of Donald Trump made him question what Democrats stand for. “We do not deliver enough for people,” he said. “You can’t blame people across the country for being so uninspired, so disappointed with our politics that they want to take a sledgehammer to the system we are part of.”

Among his concerns: mass incarceration of African-Americans, lack of universal healthcare, and soaring education costs. “Students shouldn’t have to take on twenty years of debt as the price of getting a college education,” he said.

Patel emphasized that as president of Sun Development, with almost 200 employees, he is very much pro-business. He maintains that business would benefit from a healthier, better educated population, and more, not less, human capital, which mass incarceration deprives.

Saira Rao, candidate from the 1st congressional district in Denver, seen here with her family.

Saira Rao’s own position on race is a radical departure for an Indian-American running for public office. Previously identifying with white Democrats like the Clintons, she was transformed by the emergence of outspoken black, Latina, and other women of color following the Trump victory. Their activism made her rethink her role as a brown-skinned woman in today’s America. Citing her lack of self-awareness, she goes on to say, “I was a brown woman trapped in a white feminist’s world.” She chose to align herself with those women of color whose support she now believes the Democratic Party took for granted while ignoring their core concerns about racism and poverty.

The race issue has deep roots in her life. Raised in Richmond, Virginia, she was taunted by peers with Native American war whoops. Her father, an ER doctor from Coimbatore, Tamil Nadu, was condescendingly referred to as “the chief.” Her mother, a Christian physician from Mangalore, had to endure the “n-word” and patients refusing to be treated by her at the VA Hospital, because she was nonwhite.

A former Court of Appeals clerk in Philadelphia and a Wall Street lawyer, Rao calls her mother the biggest influence in her life. She recalls her being ill with rheumatoid arthritis, “putting on her sari every day with her crooked hands and going to work.”

Like the other two Democrats, Rao is from a diverse, reliably Democratic district. All three candidates are opposed to taking corporate PAC money. Each has vowed to oppose Citizens United and support a national health care system if elected. 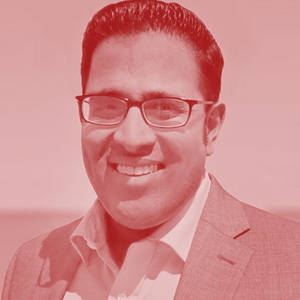 (Left) Dr. Sapan Shah, 37, a physician and lawyer from Chicago’s 10th district, describes himself as a moderate Republican.

Dr. Sapan Shah, born in Waukegan, Illinois, the hometown of comedian Jack Benny, maintains a more sanguine outlook than Rao on Indians and race in America. Americans for the most part, he believes, have a “very positive stereotype” of Indians based on attributes from which he draws inspiration and political direction: business-minded, family-focused, professional, and by and large conservative, while voting mainly Democratic. He takes pride in the fact that the Indian community is open to almost every gradation on the political spectrum.

A Republican moderate himself, Shah is pro-choice. One of his major issues is term limits. He voted for John Kasich in the 2016 presidential primary. He pays homage to the Indian-American candidates from both parties “who have walked the path for us.”

Does he find it hard, as a moderate, coexisting with the hard-right occupant of the White House? He backs away from personally attacking President Trump. He’s been quoted as saying, “President Trump was elected, and if given the honor to represent the 10th District in Congress, I will work with the President and anyone else elected to serve the people.”

He, like the others, is troubled by the anti-immigrant mood that has opened toxic rifts in the fabric of American society. While emphasizing that America, like every country in the world, has the right to decide who it takes in and who it does not, he affirms, “We as a country have always prospered from immigration, from the great work ethic and values of immigrants. We should not be banning whole groups of people because of their ethnicity. I have said this publically.”

The Democrats go further. “One of the reasons so many Indian-Americans are running for office,” said Aruna Miller, “is the hateful rhetoric coming from the President about how we are the problem in this country. Diversity is not the problem. Immigration has never been the problem.”

Patel, who sees himself counteracting the administration’s anti-immigration policies by running not despite being Indian-American but because of it, affirmed, “We must pass a bill that comprehensively provides a pathway to citizenship for 12 million people—people who are abiding by our laws and just trying to make a living. We have turned all of our attention to surveillance and border security. We have done nothing on the supply side. We need to reverse that.”

Even in her Democratic-controlled Denver area, Rao observed, the undocumented are fearful of seeking health services, going to the police, even picking up their children from school, not knowing if they themselves will be picked up and deported.

Xenophobia is one of her campaign issues. “When ‘the other’ is demonized, that affects all of us.”

Miller was unfazed by the difficulties that political neophytes might have in comprehending and crafting bills. She reacts to the bigger picture: “I think it’s terrific to see this kind of engagement from people. That’s exactly what makes our democracy strong. People who are willing to step out of their comfort zone because they are concerned about the direction of our country, about where it is headed. I’d like to say to them, ‘Don’t be disappointed if you lose the first time around.’ Never give up your political engagement. Policy making affects our lives from the moment we wake up in the morning to the moment we close our eyes at night.”

But even on the state level, in Maryland’s House of Delegates for example, the legislative demands are daunting. When Miller was assigned to the Ways and Means Committee during her first four years as a delegate, she had to become a “subject matter expert” on the 2000 or so bills that made their way through that committee. These dealt in large part with state revenues that came in via taxes as well as Maryland’s gambling industry. Now, as a member of the Appropriations Committee, she is tasked with allocating the revenues raised by Ways and Means to fund education, transportation, health care, and making sure, she emphasized, that “the needs of the most vulnerable members of our community, the poor, the disabled, are being met.”

Bipartisan by inclination and approach, Miller enjoys the challenge of working with Republicans in her deep blue state. She is unintimidated by the hyperpartisan politics awaiting her in Washington. For her, one of the keys to ending this ordeal is to end gerrymandered districts and what they engender: the dividing of America into solidly red or solidly blue territories that perpetuate partisan politics and defy change.

In the run for Congress by so many Indian-Americans, what is being changed, Patel said, is the ruinous narrative “that there is just one kind of American.”

Robert Hirschfield, a freelancer based in New York, has written for Outlook India, Sojourners, The Jerusalem Report, and The Writer, among other publications.