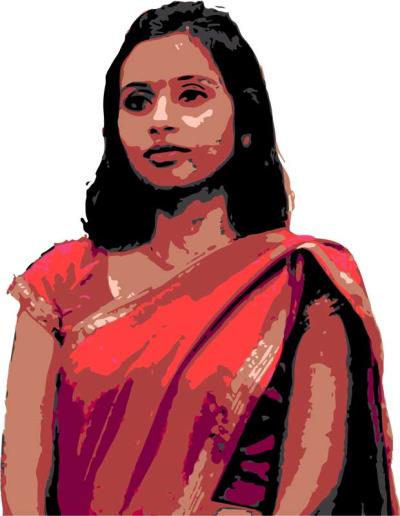 We let our government send off our diplomats all over the world without a thought about whether they get paid enough to hire maids or pay parking tickets! Why are we not hitting the streets, clamoring for this unfair situation to be fixed? Where are the crowds that turned out for justice for the December 2012 rape victim?

Drumroll and bugles please…we have a new heroine in Devyani Khobragade, the Indian diplomat who, while stationed in New York, was arrested (gasp!) for underpaying her maid and lying about it in those pesky official documents.

After an all-out diplomatic row between the U.S. and India, which made the two countries look like nations at war with each other, the motherland was able to bring her poor, mistreated daughter safely back home, the legal case in the U.S. against her be damned (Take that, you superpower!).

Since it appears that everyone and their grannies have an opinion about who to blame in this sordid affair, as a proud Indian, I want to take my shot at this blame game.

Now, before I launch into my roster of blames in Devyani-gate, let me first point out at least one party that is blameless: the U.S. government. Oh, yes indeed. It may have invaded countries illegally, but that is only because it is the global beacon of human rights. Can such an upright country be bothered about the sensitivities and cultural sensibilities of its diplomatic partners? Brilliant as the American authorities were, they figured that if Devyani was capable of lying on a form, she was certainly capable of hiding WMDs in her cavities. So strip search it was, Vienna Conventions and bilateral relations be damned!

Now that we have established the one blameless party in this fiasco, let the blame game begin. First of all, the maid, Mrs. Sangeeta Richard. Yes, she is definitely to blame. She must have known that something was up when Memsahib asked her to sign not one but two agreements. If she had been an upright woman herself, she would have smelt a rotten fish, turned down this job, and gone to work for an honest Mumbai woman who would have honestly underpaid her.

Next, I blame Devyani herself. I know, I know… she is like Mata Sita undergoing trial by fire, laid down by the brutish American legal system. But Devyani beti, you should’ve known better than to let your maid walk around New York by herself and go to a police station. Don’t you know that it is sooo unsafe there, especially for maids who are pampered with room and board? If you had just taken the precaution of keeping her locked in the basement for the four hours that she was off, would this have happened? Think about it, doll-face. There, there, don’t cry, you’re home safe now, and the big bad American policeman and prosecutor can’t touch you anymore.

And get this: somebody actually had the gall to suggest that Devyani do her housework herself, just like the rest of the Americans, including the Indian-Americans! How outrageous! I can’t get over it. Here she is, an important Indian diplomat, and she doesn’t need a maid? Hello!

If you are maid-less in India, you might as well jump off the pier and put an end to your miserable existence. Here, we employ someone to fetch and carry, cook and clean, feed and wash for us, and attend to every one of our whims and fancies. This way, we can get obese and get a membership in a gym and then complain about our various maladies when we sweat genteelly in air-conditioned comfort. Every luxury home being built today has servants’ quarters with separate entrances. “I have a maid, therefore I am,” is the slogan here.

Devyani was also a diplomat. Ask the American diplomats to do their housework first! Does John Kerry pound his own rice, grind his own wheat and chop his own vegetables? There, answer that, you fat Americans!

Next, I blame the Indian Foreign Service. Honorable and respected sirs, you should have given poor little Devyani the list of all the crimes she could safely commit under the cloak of diplomatic immunity, like parking violations, speeding, littering, manslaughter, and murder. Without this crucial information, how’s a diplomat to know what she can or cannot get away with? You put her out there without that knowledge, sirs, and you have to take part of the blame.

You know what, I also heard that the Indian government underpays its diplomats, so that they can’t pay their domestic help legal wages! So here is poor Devyani, literally unable to pay her maid and God knows what else, stuck in the ice-cold U.S. of A. amidst unfeeling people who have no appreciation of where she comes from and who she is! If that doesn’t wring your heart, I don’t know what will!

Well, now that she is back in India, I’m sure she will be honored for her sacrifice for the Indian people with the Paramveer Chakra, the Arjuna Award, or the Dada Saheb Phalke Award. As the Indian government has done many times in the past, it can settle any of the injustices it has committed with some engraved plaque and a meaningless piece of paper.

Mr. Uttam Khobragade, Devyani’s father, also deserves part of the blame. If a member of the Indian babu-dom can’t teach his own daughter how to utilize loopholes to the best of her ability, then who will? Poor Devyani thought she was just scribbling a number on a piece of paper. What harm could such an innocent act cause? Mr. Khobragade, you failed to teach your daughter where she could lie and where not. Parental guidance was required here, sir! Poor misguided child!

And finally, we the Indian people are to blame. Yes, you read it right: the Indian people are solidly to blame. There are so many of us working just to eat one simple meal a day. So we know a thing or two about not being paid well enough to meet our expenses. You and I, we protest if we don’t get a fair wage. Yet not one of us is protesting against the plight of underpaid diplomats, or is contributing to a fund for indigent diplomats. Do you see our selfishness? We let our government send off our diplomats all over the world without a thought about whether they get paid enough to hire maids or pay parking tickets! Why are we not hitting the streets, clamoring for this unfair situation to be fixed? Where are the crowds that turned out for justice for the December 2012 rape victim?

But Devyani, now don’t you worry about a thing, okay? Our government, which regularly allows its average citizens to suffer in untenable situations abroad, and doesn’t lift a finger for the common Indian abroad, has rightly raised a stink in your case. This stink is bound to linger long in the nostrils of the people of the world.

And to the Americans, we from India say: “So there!”

Humorist and freelance writer Lakshmi Palecanda, once an expatriate in the U.S., moved back to Mysore, India, and is still struggling to adjust.