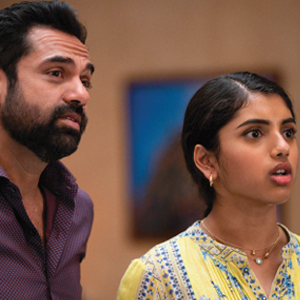 Welcome to our new column!

We are pleased to introduce our new entertainment column. It will feature, on a rotational basis, all of the following and more:

Guest contributors are welcome. Please email your queries to baisakhi.roy@gmail.com, with “Screen Time” in the subject line. 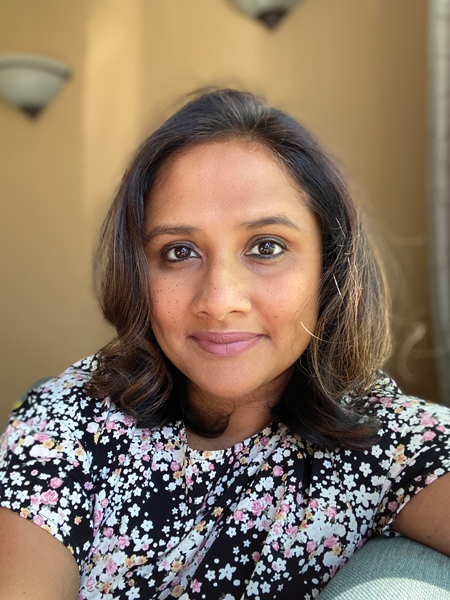 Baisakhi Roy is a culture writer and journalist based in Ontario, Canada. Her work has been published in several Canadian media outlets including The Globe and Mail, Huffington Post Canada, Chatelaine, Broadview and CBC. Formerly a reporter with The Indian Express in India, Baisakhi is an avid Bollywood fan and co-hosts the Hindi language podcast KhabardaarPodcast.com. She is also the books editor at New Canadian Media, with a focus on highlighting immigrant literature and authors.

Baisakhi and her husband, Umang, have a teenage daughter named Ayumi.

Our inaugural column talks about how the Disney Channel is breaking new ground with Spin. The show normalizes Indian-Americans, portraying them as mainstream characters rather than as stereotypical caricatures.

Watching Manjari Makijany’s Spin gave me all the feels. For a Bollywood fan, it was a thrill to see Abhay Deol, known for his offbeat roles, play Rhea’s (Avantika) dad, Arvind, with an attitude quite unlike Amrish Puri’s unrelenting authoritarian vibe in Dilwale Dulhania Le Jaayenge, portrayed in the famous dialogue, “Ja Simran ja.”

“I got the same reaction from people who saw Spin,” says Avantika over the phone from California. “They were happy to see that the father wasn't this overly dramatized, rigid character. Rather his protectiveness stemmed from his worry, this fear that his daughter was working too hard and juggling things. So many characters given to South Asians feed into stereotypes. Arvind was not depicted as a monster but was given a chance to express his side of the story.”

This coming-of-age story, directed by Los Angelesbased director Manjari Makijany, is about a busy Indian- American teen, Rhea Kumar, who helps out after school at the family restaurant called The Spirit of India. Her dad, Arvind (Abhay Deol), is a widower who is raising his kids, Rhea and Rohan (played by Aryan Simhadri), with the help of his mother-in-law, Asha (essayed by acclaimed British actress Meera Syal).

There is an obvious effort to infuse every frame of the film with South Asian cultural vignettes— from the festival of colors, Holi, being celebrated at Rhea’s school to Syal’s sparkling Bollywood dance routine to the sensuous Asha Bhosle number, Jab chhaye mera jadoo, from the Bollywood movie Lootmaar playing on Sunday nights at the restaurant.

While this was nostalgia-laden for me, my nephew, born and raised in New Jersey, looked on skeptically as Rhea cruised along confidently in the hallways of her school in colorful kurtis. Would a teenager want to stand out or blend in? “I tried to model some of these characters' nuances on the people I know in real life and make them a relatable multi-generational family,” says Makijany in an email interview. “For some, it may even come across as idealistic; but normalizing an environment where young Indian girls can see themselves as confident leads on screen, embracing their heritage, can be a very powerful image for them growing up.”

Great care was taken to make the story and set-up feel authentic to the South Asian-American experience. “A lot of the items were actually shipped from India; and Hillary Gurtler, our production designer, understood that vision and executed every detail with a keen eye—from fabrics, patterns and artwork to the furniture and set dressing. We had an Indian costume consultant, Riyaz Ali Merchant, who worked with costume designer Trysha Bakker and me closely to put together the Indian costumes that were shipped from Mumbai,” she says. Rhea, who finds her passion in mixing music, lending her own Indian twist to the beats, is cool enough to take on her crush, Max, in a musical showdown. A confident teen who is unapologetic about her choices and wears her Indian identity proudly on her sleeve is a novel idea and that’s where the movie scores. “It's Disney Channel’s first Indian-American story but more importantly, it was refreshing to have Indian characters represented in a contemporary way. I was excited at the opportunity to introduce our Indian culture to a mainstream American audience,” says Makijany.

Music is the centerpiece around which Rhea’s story unfolds, and Makijany made sure that the soundtrack had a blend of Indian and American influences. “Famed music director Marius de Vries (of Moulin Rouge fame) did the original music; and we also got the Bollywood duo Salim-Sulaiman to do an original number and fuse some of the Indian elements into our musical palette,” she says. But the star of the show is the luminous Avantika who shines in every frame she’s part of.

A star is born

The 16-year-old San Francisco-born actress grew up watching her favorites, Sridevi and Madhuri Dixit—Aaja Nachle is one of her favorite movies to date—lighting up the screen with their dance performances. Captivated by the medium, the youngster went to Mumbai in 2014 to compete in the Zee reality show, Dance India Dance Lil Masters North America, where she came in second. “Ever since I was little, I watched movies, but I never thought that it was a viable career option just because I did not see anyone who looked like me. For an Indian girl who grew up in a tech-dominated city to say, ‘Oh I want to be an actor’ would be weird,” she says with a laugh. Back from Mumbai, Avantika dove into the performing arts, taking acting and drama classes at the American Conservatory Theater in San Francisco. She went on to star in a number of Telugu films alongside big names like Mahesh Babu, Naga Chaitanya and Shruti Haasan. Most recently, she starred in the Netflix Tamil eco-horror film, Boomika, with another acting powerhouse, Aishwarya Rajesh. Avantika played a child with special needs for which she received glowing reviews from local critics. “It was very daunting to play an autistic character and so I had to be prepared to the best of my ability. I worked with a pediatric psychologist. I made sure I interacted with various kids on the spectrum so that the depiction is not a generic one. The prep really helped me to decide for myself where on the spectrum her character lies,” she says. 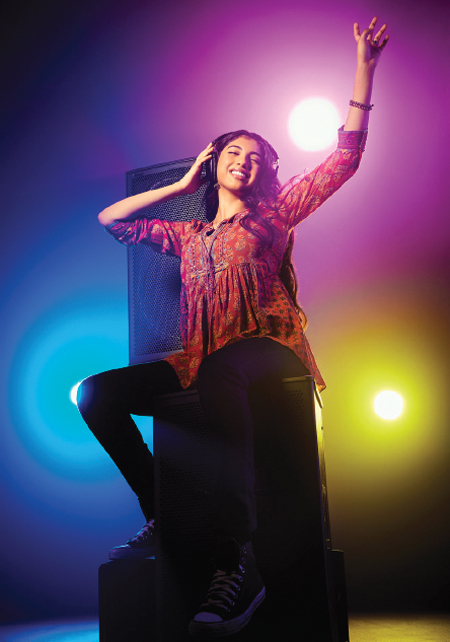 Though she confesses that the pull from the Indian film industry is irresistible, she appreciates the working culture in Hollywood. She recently wrapped a Netflix comedy Senior Year with Rebel Wilson and is in the process of producing a series based on a series of bestselling books. “Both industries have taught me so much, and they operate so differently! In America, my shooting schedules are planned in a way that I can balance work with school—I can get proper downtime and time to study which I think is so important. In India, it’s more of a go-with-the-flow attitude that affords a lot of freedom to the artist, which is so liberating” she says.

On being the first Indian-American lead in a major production: There was definitely pressure to do a good job. It was so comforting to see people work so hard trying to represent the South Asian community in an authentic manner on screen.

On having the unstinted support of family: So many Indian parents push their kids to go into tech and engineering because it's a stable career; but in our family, we believe that if you work really hard at something, you can make it stable for yourself. If you love it a lot, then obviously you will be dedicated to it and will excel.

Favorite movies and actors: I think all the members of my family would have a heart attack if we were to come face-to-face with Meryl Streep! We are such fans of her work. As far as movies go, growing up and even now, my two favorite movies are Wizard of Oz and Matilda—basically films with young female characters in the lead. Judy Garland was always an inspiration. My research into the industry started with her, wanting to be like her, though what she went through in her life scared me a little bit. I love pretty much all of Sridevi and Madhuri’s work. Nayantara and Samantha Prabhu are doing amazing work right now.

Advice for aspiring actors of color: There's a place for everybody. The progress that Hollywood is making in terms of representation should further encourage young people to consider a career in films. Don't be discouraged by its past history. The more people of color come into the industry, the more it will open up and change. It’s a great time to be a creative person of color.​