A Conversation with Shankar Mahadevan 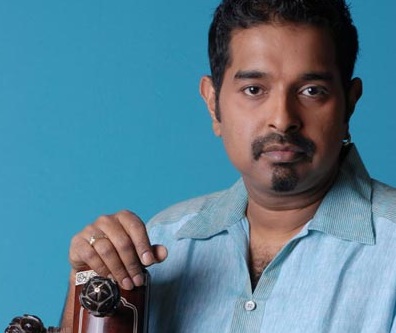 There are many things one knows about Shankar Mahadevan—like how great he is at what he does—and, apparently, many that one finds out when presented with the chance to have a conversation with the great entertainer. Did you know, for example, that he began playing the harmonium and the veena when he was barely five? Or that Sangeeta (how delightful that her name should mean “music”!), his wife and the mother of his two sons, whom he fell in love with when they were in school together, was unaware of his passion for music until much later? Or that he is a certified Oracle programmer? You probably did not. But even if you have a passing acquaintance with Indian pop culture, you’re sure to know that Shankar Mahadevan is currently one of the most successful musicians in India. And that since their debut in the 2001-hit Dil Chahta Hai, the composer-trio Shankar-Ehsaan-Loy (consisting of Ehsaan Noorani and Loy Mendonsa along with Mahadevan) have continued to chart new territories in Indian film music and are today perhaps the best-loved film music composers in India.
Shankar Mahadevan was in Atlanta recently for the phenomenally successful Shankar-Ehsaan-Loy concert, and I grabbed the opportunity to meet him backstage for an interview. Dressed in a casual black T-shirt and black jeans, and wearing a French beard and an earring on his pierced left ear, the famous singer looked relaxed. Our conversation follows:
Let’s go back in time, and talk about your youth, your growing up.
I’m from a middle class south Indian family, and you know, generally, in south Indian families the kids go and learn some kind of art form. It’s part of the culture. Somebody is learning the violin or singing or some kind of dance. So similarly, my parents discovered my talent when I was still very young, and they realized that I had some inclination towards music. So it was their decision to make me learn music even before I had the consciousness to realize how important it is. I was about five years old. I started playing the harmonium before that. I have learned only Carnatic music. And the rest of the forms of music, I’ve just heard. And generally I think it’s your personality (that makes you) want to learn something when you hear it, and get attracted to it.


With his great talent, his charisma and his passion for music, Shankar Mahadevan is sure to be part of the nobility of Indian music for a long, long time to come. He balances his creativity with his rootedness, and will clearly achieve all that he has planned for himself and for the trio. And those of you who couldn’t come to the electrifying Atlanta concert, y’all make sure you don’t miss the next one!