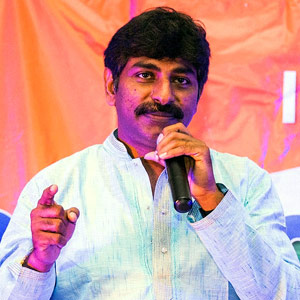 He’s dynamic and driven—and the power behind Indian Friends of Atlanta (IFA), a one-of-a-kind community organization. Sunil has a radically different and much larger perspective of what a community-based association can achieve. Indian Friends of Atlanta, he states firmly, is “not just a cultural association. The main motive or theme behind IFA is to empower our people economically, socially, and politically.”

IFA has a loosely based manifesto—deliberately so—filling the cracks left by other Indian-American communities. Founded in 2014, IFA’s annual Freedom Mela, it seems, came from nowhere and suddenly started drawing crowds of thousands. While the Mela is a great annual event that has put IFA on the map, the organization’s impact goes far beyond a cultural extravaganza like that. Sunil’s drive for selfless community service and his inimitable leadership style together have broken the mold of how a nonprofit organization can function. It is this innovative approach of bringing passionate volunteers together that keeps propelling IFA.

In its short life span, IFA has had a noticeable impact on the Indian-American community. An outstanding example is in the area of H-1B visas. A few months ago, H-1B visa holders applying for renewal of their driver’s licenses were denied. Sunil recounts, “Due to a wrong interpretation of regulation, they stopped giving driver’s license for these H-1B professionals who applied for a renewal. When you obtain an H-1B visa, you don’t have a green card but you are legal to stay here, to work, pay taxes….everything. So we approached the local leaders for a resolution. Nobody responded in our hour of urgency. Then the very next day, we filed a lawsuit seeking justice for the H-1B professionals, which we won, making the H-1B visa holders eligible to get a driver’s license.”

IFA’s approach has always been a novel one—with focus on how truly and effectively they can help the community. For example, in cases of death due to accident or unexpected circumstances, IFA has helped immigrant families find financial solutions. Always the one to think outside the box, Sunil felt that the typical GoFundMe drives to help families in distress after the unexpected death of a breadwinner often came up short. In most cases where the deceased are IT workers, Sunil said, they would have some aid due from the employer—either workman’s compensation or employer insurance, etc. So he and his team would work closely with employers to ensure nothing was left untapped, because many times the surviving spouse or family members may not even be aware of these options.

Even in other cases of death where the deceased’s body must be shipped back to India, IFA offers help to distraught families. On their website is a tab that offers clear-cut advice on the authorities to approach, the processes to be followed, medical documentation required and more.

When Hurricane Irma hit Florida in 2017, IFA took a leading role, in close association with the Indian Consulate of Atlanta and other community organizations, in relief efforts for Indians affected by it. In an interview with Khabar, the former Consul General Nagesh Singh had made it a point to highlight and appreciate the hard work of IFA volunteers. 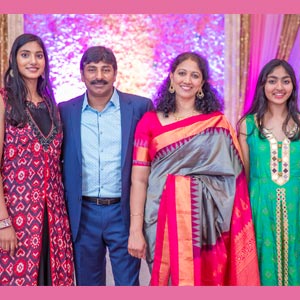 With his wife and two daughters.

Sunil confesses that he wasn’t always so keenly civic-minded. Driven and ambitious…yes! But the time for his civic duty hadn’t arrived yet! He and his wife both were professionals—she was working with Pfizer, and he with AT&T. Despite demanding jobs, Sunil was able to jump into the convenience store business. In the early 2000s, he was entirely focused on his personal life and expanding his convenience-store business, preferring to mingle with a small group of friends. “It was all about me, me, me.”

But that changed dramatically in 2004 when a minor credit card-related blooper, by one of his store employees, landed his business in legal trouble despite the error having been caught and corrected. Sunil felt there was also an element of racial discrimination in this case. An email to a local Indian-American community organization seeking their assistance was of no avail. Standing up for his rights and to defend his honor, he fought the case alone, and won.

The experience, however, left him questioning why the many Indian-American associations already in existence are not geared to help in such cases. “So what are these organizations doing [for] us? Is the organization meant to bring some celebrities from India and do some cultural activities and go, or is there anything that they can do besides that? Can they empower us socially, economically, physically, politically? If they don’t do it, what is the point of the organization?” That quest was the catalyst for eventually launching an organization like IFA.

First though, Sunil joined the Telugu Association of North America (TANA). His can-do approach and zeal to help fellow Indian-Americans in practical ways soon got him elected as Chairman. He utilized the opportunity to completely revamp the organization for serving the community better. His ability to spot specific problems faced by immigrant families saw him opening TANA Clinic, a free clinic in Alpharetta, and the first of its kind in Georgia. This, he says, was not only to provide medical services to the community, but specially geared towards providing medical aid to parents of Indian immigrants visiting the U.S. He then went on to start Telugu language classes in the area. “Our people need to interact with our culture, our integrity, and our values. That is one of our biggest strengths as Indians,” he says. 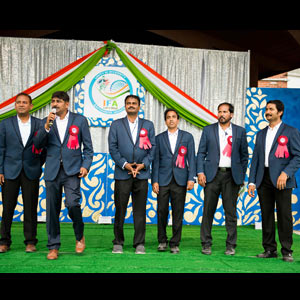 (Right) With his committed team. They have “similar values and ideals, and have fought for a cause,” says Sunil about how he went about forming a core team.

But the horizons he was looking at stretched way beyond his own Telugu community. He says, “Each regional organization has been split. From Telugu to Punjabi, each community has several organizations competing with each other. Why as Indians, can we not have one association?” Foreseeing the obstacles towards achieving this dream, he decided to start small. He opted to use the term “friend” in the title of his association, and incorporated Indian Friends of Atlanta. With an eye to having a national presence in the future, he also simultaneously incorporated Indian Friends of America and Federation of Indian Associations. Sunil went about creating a core team by thoroughly reviewing profiles of people he knew in his circle who had similar values and ideals, and who had fought for a cause. Speaking about his original team of seven, he says, “They pretty much worked like soldiers, without any expectation, without any remuneration, and without any name and fame.”

A primary aim of IFA is to raise awareness across the U.S., by showcasing to the mainstream society a realistic impression of the Indian-American community, not the pop culture image of Indians as snake charmers or “curry guys.” Speaking with conviction, Sunil says, “We are much more educated, we are more cultured, and we are much stronger financially. We have families with values, we have communities with culture and values, and this is what we need to show.” 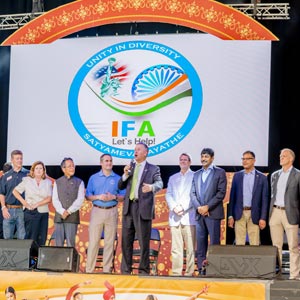 (Left) At Freedom Mela, the cultural extravaganza that put Indian Friends of Atlanta on the map.

This savvy entrepreneur, however, realized that it would be impossible to accomplish this by merely preaching to the immigrant community the importance of becoming more politically involved in American society. His strategy was to project India’s soft power—its deeply layered cultural values and traditions—to a large mainstream audience. That was how the concept of Freedom Mela was born in 2014, an open-to-all platform to showcase the Indian-American community. Sunil makes it a point to invite Georgia’s lawmakers—“Governor, local senators, mayors, etc.”—to impress upon them the political, economic and cultural strengths that the Indian-American community brings to their adoptive land.

Freedom Mela’s popularity has grown exponentially since its inception, with some 8,000-10,000 people thronging the event. In August 2018, the extravaganza took place at the Verizon Amphitheatre, Alpharetta, an open-air venue studded with a display of music and dance performances by Indian-Americans, Indian cuisine, a culture parade, and all the fun elements of Indian folk culture from henna artists and stilt walkers to fire-eating performances.

IFA has conducted seminars on immigration, and financial and college planning, among other activities. It has further increased its heft by teaming up with Asian associations and legal firms who are keen to offer assistance with visa-related problems, certain asylum cases, and other legal issues. Over the years, other associations have teamed up with IFA. Sunil says, “They like the concept that we have, there is no self-proclamation, no bureaucracy, and there are no positions or titles in IFA. It is a kind of a peer group. It’s a social network. And out of the social network, whoever is more enthusiastic become the leaders. We have a women’s wing as well to address issues specific to them. There is a lot of depression and increasing domestic violence in our community. So we are working towards addressing those. IFA is associated with almost seventeen organizations across the U.S. Anywhere in the U.S., anybody with issues can call the same monitoring number of IFA and about eight people will get the call at one time. So someone will answer and they will guide them. We are working with five consulates across the U.S. Anybody who has passport issues, visa issues, they can reach us. We are coordinating with the consulates. For immigration-related issues, we have a certain group of lawyers with us.”

Sunil’s dynamism and his strongly articulated belief that Indian-Americans must drop their communal differences and unite as a cohesive group has paid off well. At the time of this writing, he was neck deep in ensuring the upcoming Diwali Fest held at Sumant Center would become a memorable event for bringing all various organizations under one banner.

Quickly though, the discussion moves back to his long-term goal—converting IFA into Federation of Indian Associations (FIA). There’s a political motive to this, to impress upon the Association’s members the need to go out and vote in larger numbers so that “the minority becomes a majority. We can swing the electoral vote.”

For all his drive and outstanding achievements, Sunil Savili is clear that IFA is not about self-aggrandizement. He functions with a small team of volunteers who work with no expectation of credit or recognition. Simply put, in Sunil’s words, “In IFA there is no such thing called ‘I.’ ‘I’ is a singular; we hate that singular word—we want to move forward collectively.”