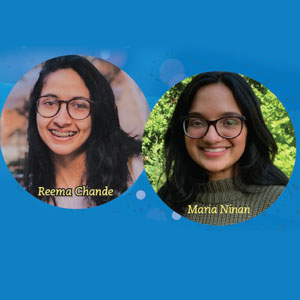 High schoolers around Atlanta are using the pandemic downtime to serve their communities. In the second article of this series, Khabar highlights the work of three teens.

Elevate Tutoring, an Atlanta-based student-run nonprofit that offers free year-round tutoring services, has stepped up to the challenge of helping younger students adapt to their new digital learning environment with guidance from Reema Chande, a senior at the North Gwinnett High School, and Maria Ninan, a senior at the Gwinnett School of Mathematics, Science, and Technology.

“I’ve always thought tutoring is something that should be accessible to more people; and having high quality, free private tutors is something that helps students to compete at the same level as their classmates who may be paying for private tutors,” Reema, the President of Elevate, shared in an interview with Khabar. “I think that volunteering my time is a way for me to promote equality within education. Tutoring is really just an exercise in empathy and understanding how someone else will react to what you’re saying, and it’s a rewarding process when that person finally gets it.”

In the past, Elevate offered classes on the core subjects of science, language arts, and math to elementary and middle school students on Saturdays at New Day’s Church, which was accessible to students from low-income families, but the Covid- 19 pandemic made continuing in-person sessions at the church impossible. Reema says, “We decided to pivot to Zoom, and that’s been an interesting process. Teachers are able to get one-on-one with their students in ways that they previously wouldn’t have been able to do. Students are getting more flexible schedules because times are tough right now.”

Reema explained Elevate’s focus on providing support to younger students, “The change to virtual was less drastic for older students than it was for younger students who still aren’t fully developed in terms of their social life and their social role. A lot of younger students have faced a lack of interaction and that really harms them—especially elementary schoolers who are naturally very active or curious. Elevate helps to provide an outlet for that.”

Elevate has recently expanded to include a Test Preparation program that provides SAT and ACT coaching to early high school students and office hours for students who need extra guidance—and it has no intention of stopping there. “Our main goal is to try to open it up so that we can access different ethnic groups and we can access different areas in terms of geography. That way we can truly expand our impact to where it’s needed,” says Reema.

Maria, Vice President of Elevate, revealed. “The students really seem to be getting a lot out of the experience. I know it can be stressful for parents to manage their younger kids, especially during digital learning, so I think that the parents are grateful that we are able to help their students this year.”

Maria and Reema concluded their interview with Khabar with a word of encouragement for their fellow teens. “If you’re in a position of privilege where you have time, resources, and money, use it in a way that’s going to benefit someone else,” Reema urged.

As the stresses of the American education system and modern life continue to increase teens’ anxiety, Ashna Cheemakurthy, a senior at Northview High School, is utilizing her dance skills to bring awareness to the subject of mental health.

Ashna, who began dancing at the age of five, has mastered Bollywood, modern dance, and hip hop styles. In 2016, Ashna placed first in the Bravo Regional Dance Competition, and in 2018 she placed third in their national competition. Ashna then went on to place first in the International Indian Icon show in 2019. 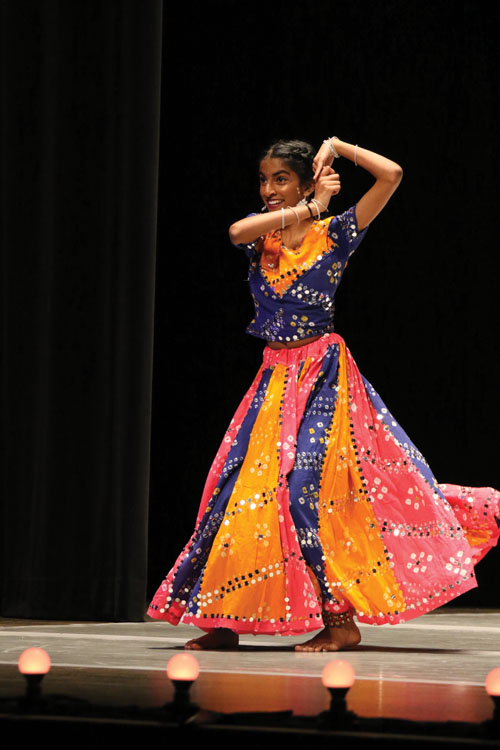 In her journey to success as a dancer, Ashna not only conquered the art of dance but also her anxiety. “I was very quiet for months when I was going through [mental health issues] because I didn’t know who to talk to, and I didn’t know if it was normal to get help or if it was out of the ordinary,” Ashna revealed. “It’s a very nuanced topic and there’s definitely a stigma around here.”

[Left]  Ashna at one of her dance performances.[Right]  Ashna’s workshops focus on exploring participants’ interests along with discussing mental health issues.​

Motivated by her own struggles and a visit to India where she discovered that very few students were aware of mental illness, Ashna began her workshop, “Steps in Motion.” Through her intensive six-week dance workshop, Ashna raised $2,500 dollars over the summer, which she used to create and send 100 positivity packages to a school in India.

Over the course of the summer, Ashna not only led her students through dance performances but also through discussions on mental health. “I brought in my psychologist and we had these group discussions where we openly talked about mental health. We were able to realize that it’s not only one person going through mental illnesses— it’s a very common thing among our community. I know it’s difficult to deal with mental health coming from our families, especially because mental illness is not a very knowledgeable subject for our families. I started this workshop for teenagers to explore passions and understand how these passions can relieve stress.”

With the money from her workshop and GoFundMe campaign, Ashna created positivity packages containing school supplies, stress balls, a letter sharing her experiences, a four-day intensive counselor meeting with the organization iFocus, and books such as The Happiness Trap and Dare, which teach teens how to cope with anxiety. Ashna’s efforts as a mental health advocate paid off. “In the beginning, most students said ‘I am struggling with anxiety but I’m not getting help’ but in the end, it was more like ‘my emotions are valid and it’s okay to get help and that there many people who go through it,’” Ashna shared. “The responses that I got from India were also very nice. They said the books really opened their mind and that they didn’t know what mental illness is and that being raised in such a manner in India is very stressful.”

Ashna offered one last word of advice, “To teenagers or any kid, I would say that it is okay to have mental health issues, you should be open about it. Your emotions are valid. It is okay to feel the way you do. To parents, I would say listen to your kids because they are not making up excuses. I think just being there for your kids is very important, just letting them know that you are there to listen and to help them in any way possible.”

Bhavana Kunnath, a senior at Gwinnett School of Mathematics, Science and Technology, is the editor-in-chief of Infinitas, the school’s literary magazine. She is currently an intern with Khabar magazine, and can be reached at kunnathbhavana@gmail.com. To comment on this article, please write to letters@khabar.com.