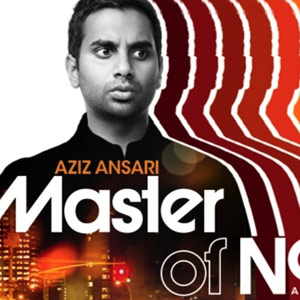 An ode to Aziz Ansari’s Master of None and what it has done for South Asians in American entertainment and culture.

On February 11, 2016, Aziz Ansari announced via his Twitter that his Netflix series, Master of None, has been renewed for a second season coming in 2017. The first season of the show, released last fall, has been showered in critical acclaim. Celebrated for its stylistic humor and effortless social commentary, Master of None was deemed one of the best new television shows of the fall season.

The show has also been praised for its remarkable portrayal of minorities within the series and its self-awareness when dealing with South Asian tropes. Ansari put a special emphasis on the representation of South Asians in media, as he brought light to the challenges minority actors and characters face.

In his essay about race published in The Hollywood Reporter, Ansari writes, "Sure, things are moving in the right direction with Empire and Fresh off the Boat. But, as far as I know, black people and Asian people were around before the last TV season."

Though it is obvious audiences do not have an aversion to minorities, television still entrenches Indian stereotypes and racist sentiments in American culture. From Disney Channel’s Jessie to Ashton Kutcher’s Popchips commercial, South Asian culture is still objectified in media.

The first time I consciously remember seeing an Indian on television was in 2010 on Outsourced, the misguided comedy about a handsome white guy who travels to India to run an Indian call center. It was a racist, insensitive, and condescending show.

It was also the show that my friends and I eagerly watched, quoted in the hallways, and talked about incessantly. To see Indians in such a large number and in fairly prominent roles (of course, always behind white people) was revolutionary.

We loved making fun of ourselves: the accent, the food, the traditions, the parents; and aside from the occasional grainy YouTube video, only Outsourced had given us a medium to laugh at ourselves.

Yet, as we grew older, we realized what the show was doing.

It wasn’t a show just for South Asians; it was for a white, American audience to laugh at us and how backwards, awkward, and weird our culture and home was to them. Jokes about “the dot on her head,” Indian names like “Manmeet,” and comparing the Sikh turban and hijab to an American cheesehead suddenly hit us with American insensitivity. 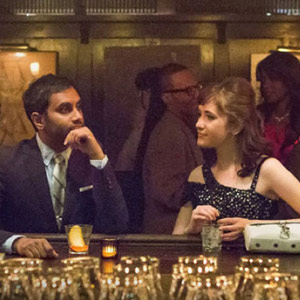 (Left) American stories of American lives…where the lead character just happens to be of Indian heritage.

From the embarrassingly awkward Raj in the Big Bang Theory to the painfully nerdy Baljeet in Phineas and Ferb, South Asians are constantly being taught that while we are smart, we cannot fit in or have a life outside of our jobs, academics, and cultures.

It is incredibly dangerous for South Asians to grow up thinking that stereotypes are their identity. Somehow, we are always portrayed as servile to white people, as smart but too foreign or backwards to be desirable or American. Simultaneously, these shows make our culture and race a source of shame and force us to accept submissive, dated stereotypes of who we are.

This is where Master of None shines.

In the Master of None episode, “Parents,” Ansari recognizes the cultural divide between first-generation Americans and their immigrant parents. Though it allows us to laugh and cry at ourselves and especially rang true to second-generation immigrants, the episode’s portrayal of the struggles immigrants face had broad appeal and could make anyone evaluate and appreciate what they have.

In another episode, “Indians on TV,” Ansari depicts the struggle for young South Asians to find people like themselves in media that are not outright stereotypes. He has created an accurate representation of what being South Asian in the United States means today.

Master of None is revolutionary because it puts South Asian people in modern characters as young, thriving, struggling, emotional, stupid, attractive, sexual, and intriguing people.

The characters use their culture in engaging, responsive ways that do not betray our history, but make it more dynamic to all audiences.

Akhil Vaidya is a junior at Johns Creek High School. He enjoys eating a good donut and struggling to speak Spanish. Follow his writing at akhilvdya.wordpress.com.