Trends: Dating in the digital age 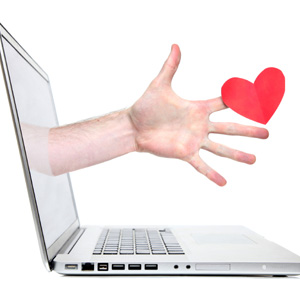 In an economy where jobs are hard to come by, dating becomes a deft balancing act between work and working the social scene. And yes, being bicultural doesn’t make it any easier. Khabar explores how young—and not so young—South Asians in North America are hooking up in the era of dating websites, networking, and speed-dating.

For Parikshit S. and his girlfriend Minal (names changed), 2008 was the most blissful year of their lives. Exciting careers, apartments a few blocks away from each other in a quiet New Jersey suburb, and a large circle of friends for company. The duo was living a cozy existence. This, before they decided to take the relationship to another level and make their intentions known to their parents. “It was the beginning of a nightmare. Though we are both Hindus and come from the same economic strata in India, her parents were dead set against the match,” says Parikshit, who works with a reputed financial group on Wall Street. He is puzzled that in spite of his good financial bearings and his upwardly mobile career, things have not gone as planned. Minal explains: “We are from different communities. But the main reason why my parents oppose our relationship is that my father takes his role as head of the family a little too seriously. He is accustomed to taking the decisions for the family. He is hurt that I dared to choose my future husband.”

Both are still dating, but Minal is constantly being hounded by her father in India to meet prospective
grooms in the U.S., something that is a source of great agony to Parikshit. “South Asian parents have always
had a major stake in their children’s lives, especially when it comes to education and marriage. But they do
have to be judicious in their approach or their child might just rebel or indulge in an extreme step,” says
Dr. Alzak Amlani, counseling psychologist and Professor of Psychology at the California Institute of Integral Studies in San Francisco. “People are now marrying for love, and parents have grudgingly begun to accept this fact. Some are still not so forthcoming.”

For 35-year-old old Pankaj Jindal, who was raised in Bhatinda, Punjab, there are no such pressures. The fact
that his younger brother is “settled,” with a wife and  child in India, makes his parents less anxious about their older son’s single status. Jindal is the president of a Bangalore-based technology firm and handles the operations from the company’s U.S. headquarters in Seattle. A world traveler with a large social circle, he is happy in his abode in the Emerald City. “My parents are like any other, caring and concerned about my happiness. But they have never cornered me into a situation where I was forced to think about getting married. They are proud of the fact that I live a great life here with an amazing group of friends and with work that I love,” he says. There are those occasional, gentle reminders that the family needs a bahu, but it’s never a lament. “They trust me and the choices I have made so far. It’s called being treated like an adult,” he says in a matter-of-fact manner.

An open line of communication with parents who are still anxious to hold on to their culture often proves beneficial, as in the case of 32-year old Shalini Jagasia (name changed). Jagasia has a busy life in Germantown, Maryland, where she works for a nonprofit. Between studying for her law degree and volunteering, she hardly found time to mingle. But she is all set to tie the knot in December this year. “Our parents introduced us through matrimonial advertisements in Indian newspapers. We exchanged emails and chatted on the phone and had video conferences on weekends. We also spent some time together and finally decided to get married,” she says. Jagasia feels that she did not compromise in letting her parents decide for her. “I just wanted someone who is educated and believes in mutual love and respect. After 30 it becomes difficult to change and hence it was important for me that we both love each other for exactly who we are,” she adds. Sometimes parents need a simple brief. “My family in Mumbai is trying to match me up with Indian guys from my community. I am totally open to the idea but I have insisted on the fact that the guy should already have been living in the U.S. for a while,” says 32-year-old Shauna D’Souza, a teaching assistant from Wisconsin.

One common complaint is the lack of time. In an economy where jobs are hard to come by, dating becomes a deft balancing act between work and working the social scene. “Yes, our lives are hectic now and there is so little time in the day left to actually go out and date,” says Nimisha, a member of a popular South Asian speed-dating service in Toronto called Desi Dreams. Young South Asian professionals in Toronto and the Greater Toronto Area are regulars at Nimisha’s events. But it’s not for everyone. “I tried speed-dating once and decided never to go back to it. It’s not my personality to have a one-minute conversation and decide if I want to take it further. I was open to meeting new people but was clear that I am looking for a relationship and not a fling,” says Jagasia. “Being busy with work definitely hinders the ability to meet new people. So if I desperately want to meet a guy I have to make the effort to go out and be in places where I can meet new people or join dating websites like Match.com, etc.,” says D’Souza.

Bhopal native Neelesh Vaikhary insists that speed-dating and networking sessions are becoming more
popular among the young, working crowd due to the lack of an interesting online dating site. “Most websites clearly state that the end game here is marriage. Websites like these are mundane and drab. They hardly
have any fun, interactive features where people can actually (virtually) meet and have an engaging conver-
sation,” says Vaikhary, the brains behind challengedating.com. Built on a sophisticated search engine technology that helps one find like-minded people, the site is fast and tech-friendly, and has a fresh look and feel to it. On the site, one can post a challenge and get a prospective date to reply to it via a video or a photograph. You can then pick a winner and choose your date! “It goes much beyond looks, community or skin color. It is truly the most democratic way to meet people you have the greatest chances of hitting it off with,” says Vaikhary who is based in Silicon Valley, San Jose, California.

Anand S. swears by online dating and would recommend it to anyone looking for his soul mate. But he, too, had his reservations. “One hears creepy stories about online dating sites being used to peddle pornography, so I was extremely skeptical about it. But a very close friend in London tried it and [met and] married a wonderful person. She is someone I trust not to make frivolous choices, so when it worked for her I decided to give it a shot. I am getting married to someone I met on an Indian-U.S. dating website,” he says with a grin.

Online dating has also freed up individuals, not restricting them to their race and religion when searching for intellectual and emotional equals. Anand, a practicing Hindu who has his roots in Delhi, found love with a 30-year-old Bangladeshi Muslim who is also a Torontonian. “Oddly, my parents do not have a problem. I am surprised, too; I wouldn’t have imagined being with someone from a different religious belief a year ago,” he says. Both Anand and his bride-to-be connected over their love for travel and food—a factor that cemented their relationship.

Amlani has an explanation for this trend—he believes that living and growing up “abroad” rubs off on staunch and traditional cultures. “This is a fast-growing trend. People are more daring and ready to put themselves out there. This is a new phenomenon for South Asians who are never conditioned to date, live-in, consider divorce and remarry. But it’s happening. People genuinely want to be happy and want to marry for love, and online dating is just another option that they are grateful for,” he says.

But some put compatibility above everything else—even above falling in love. “The ideal person would be somebody who loves life and traveling, can laugh at herself, puts family above all else, and is always up to giving something new a shot. I think this person would eventually end up being somebody who is first a good friend,” says Jindal with a winning smile.

[Toronto-based Baisakhi Roy is the online editor of Suhaag.com, a weddings and lifestyle web magazine that caters to the South Asian community in North America.]