Tributes: The Comforting Comedy of RISHI 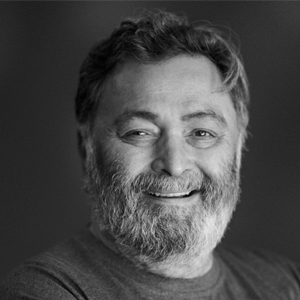 With his infectious warmth and a boyish smile, Rishi Kapoor danced his way into the hearts of a generation of filmgoers. RIP, Chintu Baba.

When Rishi Kapoor breathed his last on April 30 at the age of 67, it was not entirely unexpected. After all, he had been diagnosed with cancer in 2018. Yet, the news of his death, announced on social media by his distraught friend and colleague Amitabh Bachchan was met with shocked disbelief as many believed that Chintu Baba, as Rishi was affectionately called, would pull through.

He was always full of joie de vivre and spoke little about his illness. He returned to India in September 2019 after spending almost a year in New York, where he had undergone chemotherapy. But very few were aware that the veteran actor suffered a relapse in February this year and had to be hospitalized twice, once while he was shooting with Juhi Chawla for an upcoming film in Delhi, and then again in Mumbai. But being ever the optimist, Rishi downplayed his condition, saying it was just a viral infection!

Rishi, the second son of his famous father Raj Kapoor, became an overnight sensation when he burst upon the Bollywood scene in 1973 with Bobby, opposite Dimple Kapadia. But Bobby wasn’t Rishi’s first film. He had actually made his debut in 1970 as a cherubic 16-year-old infatuated with his svelte teacher in Raj Kapoor’s Mera Naam Joker, a role which won him the National Award for Best Child Artiste. Even before that, in 1955, when he was all of three years, little Rishi had to be bribed with chocolates by his father’s heroine, Nargis, to make an appearance in the iconic song Pyar hua iqrar hua from the movie Shree 420!

Sharmila Tagore once said: “Rishi embraced his characters with such vivacity and enthusiasm that it was impossible to resist him.” Little wonder that within a short period, Rishi established himself as the quintessential chocolate lover boy of Hindi cinema. Laila Majnu, Karz, Khel Khel Mein, Kabhie Kabhie, Chandni, Saagar . . . the list is endless. His persona was that of a brash, passionate young man and he romanced all the leading ladies of the time in his films. But it was his onscreen chemistry with Neetu Singh, his favorite co-star who was to later become his wife, which his fans most loved. In multi-starrers like Amar Akbar Anthony, Rishi found an easy slot to fit into, as a romantic foil to the macho likes of Amitabh Bachchan and Vinod Khanna.

The new millennium saw Rishi reinvent himself and experiment with layered characters, and so began his second innings. Starting with Luck by Chance, he went on to do Love Aaj Kal, Kapoor & Sons, 102 Not Out, and Mulk, to name a few. His role in Mulk as Murad Ali Mohammed, the Muslim patriarch fighting for the dignity of his family, is undoubtedly one of the finest in his career spanning 47 years. Then there is that gem of a movie, Do Dooni Chaar where, as a middle class school teacher in Delhi, the versatile actor made you feel for the daily struggles of a common man in the big metropolis.

Rishi was last seen in The Body along with Emraan Hashmi. He was about to start shooting for the Hindi adaptation of The Intern with Deepika Padukone when he was snatched away from our midst. In his later years, he became an avid social media user and received both bouquets and brickbats for his brutal honesty and caustic tongue. But if he was rude to others, the innately jovial and warmhearted Rishi didn’t spare himself either. He once said in an interview: “I don’t think there’s anything to trumpet about. I don’t think I have done any great work.”

Now, that’s certainly not something we would agree with!

Gitanjali Chak is a longtime host of the Bollywood column in Khabar.