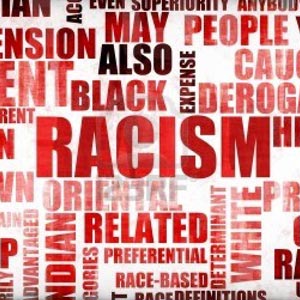 Author Michael Pollan’s food rules, summed up by the mantra “Eat food, not too much, mostly plants,” became an internet meme, inspiring many people to adopt a more sensible, healthy lifestyle. In the Trump era, what’s at stake is the nation’s health. As the midterm elections approach, we urgently need another seven-word mantra for a new internet meme.

My father-in-law is a naturalized Canadian citizen. Although there’s nothing unusual about it, what surprises people is that his wife and two daughters, not to mention his grandchildren and son-in-law, are American citizens. Don’t get me wrong. He’s happy to spend time with us and he likes to visit the United States, especially when the weather in the Deep South is nicer. But he’s always glad to head back to Canada, where he lives alone. If this separation from his family seems quirky, it’s worth noting that my father-in-law, a retired professor, has never been shy about marching to the beat of his own drum, regardless of what anybody thinks.

I don’t blame my father-in-law for preferring Canada. After all, in the Trump era, so many Americans are also baffled and troubled, wondering how to stop their beloved nation from going off the rails. As we get closer to the midterm elections, nervously, the time for apathy and complacency is long gone. For me, it’s like being in a bus whose driver has become so erratic—even deranged— that I’m wondering if we’ll end up in a ditch. Can we prevent a catastrophe?

Naturally, there are plenty of folks who will find this analogy overly theatrical, dismissing any concerns about Trump and his administration as sour grapes. Gripes of sore losers, they’d say. Trump was elected because… well, because “he tells it like it is” and has come to “drain the swamp” rather than be a politically correct politician who is beholden to special interest groups. He knows the “art of the deal” and is doing what he was elected to do, which can be summed by four words: Taking Our Country Back. Put those words on a bumper sticker, they’d add, for this tag line surely captures what it was that made America great. And, as we all know, Trump was elected to Make America Great Again. Of course, I’d add, he too has a special interest group. It is called White America, just as the BJP’s special interest group is called Hindu India.

It’s no secret that demographic shifts in the U.S. have created deep anxiety in the Trump camp. What’s also obvious, following the 2016 election, is the deep alarm in the Never Trump camp. Change may be inevitable, but if history is any judge, so is turmoil.

Anniversaries ending with a zero are milestones only because we make them so. Nevertheless, they give us a chance to look back on consequential events. Few years in recent American history have been as transformative as 1968. Fifty years ago, among other things, the Vietnam War escalated, Martin Luther King Jr. and Robert F. Kennedy were assassinated, and there was a nasty presidential election. On a positive note, the landmark Civil Rights Act of 1968 was passed. Then there was the Immigration and Nationality Act. While it’s true that the so-called Hart-Celler Act was passed in 1965, it became effective only in the summer of 1968. Even the bill’s sponsors couldn’t have forseen how it would alter the nation. Here’s a tantalizing question: if Congress back then could’ve predicted the impact, would they still have passed it?

Should you think the answer is yes, here’s something worth pondering. Unlike other advanced Western nations, which stress merit-based immigration, the U.S. gives importance to family unification. The provision was included in the Hart-Celler Act because legislators thought it would help preserve the prevailing ethnic make-up of the country, where WASPs (White Anglo-Saxon Protestants) formed the predominant group. Even the liberal lion Edward Kennedy declared that “the ethnic mix of this country will not be upset.” Little did they know back then that non-European immigrants, once they were here in sufficient numbers, would feel a far greater need to bring their relatives over. Western Europeans, increasingly, saw no reason to come to these shores because their own economies were thriving. And Eastern Europeans couldn’t leave their Communist nations.

The subsequent demographic changes, to put it bluntly, have been such a shock that no other factor played a bigger role in Donald Trump’s election, according to recent studies. The tumult we’ve been experiencing over immigration is a clear indication of how crucial it remains to Trump and his supporters. Of course, it is illegal immigration that’s the lightning rod, arousing wide swaths of the population. But in a global era of mass travel, inequality, easy connectivity, and overpopulation, we cannot underestimate the importance of legal migration. People will always seek to move to places that are less dysfunctional and where their children have a better chance in life. Three words—opportunity, security, civility—just about define the good life for millions. Is it any wonder, then, that Senator David Perdue and Attorney General Jeff Sessions, among others, want to slash legal immigration drastically, and Trump decries chain migration from “

As the journal PNAS (Proceedings of the National Academy of Sciences of the United States) noted, what drove the support for Trump were “issues that threaten white Americans’ sense of dominant status.” Other studies, such as a survey by the Public Religion Research Institute (PRRI), also found that “fears about immigrants and cultural displacement were more powerful factors than economic concerns” for many Trump voters. So, when viewed in that context, the Trump phenomenon becomes understandable. How else can we explain the astonishing hold he continues to have over his supporters, who include women and a large proportion of the Republican electorate? And that’s despite all the incompetence, bigotry, deceit, crookedness, cruelty, chaos, corruption, tawdriness, and sheer bizarreness we witness.

Some years ago, in a newspaper, I remember coming across a letter from an Indian-American reader. Puzzled by the slogan “Take our country back,” he wrote, “What does it mean?” I’m sure he understands now.

Sharmila Sen, in Not Quite Not White: Losing and Finding Race in America, recently published by Penguin Books, points out that “the election of our forty-fifth president cautions us that the postracial world, should we wish to enter it, remains a mirage shimmering on the horizon, redlined and gerrymandered, walled and banned.” A former assistant professor at Harvard, Sen is now executive editor-at-large at Harvard University Press. Moving to the U.S. from India when she was 12, in the early 1980s, Sen longed to assimilate—which she did. As an adult and a scholar, she questioned some underlying assumptions about assimilation. If ‘race’ was absent in your life before you became an American, how does it define you afterwards? And how do you—or how can you—assimilate when you’re ‘Not Quite White’?

As a demographic group, Indian-Americans may be successful, but they tend to keep a low profile. They work hard, play by the rules for the most part, and don’t rock the boat. As fairly recent immigrants, we’re understandably wary. But while being self-effacing—and “polite,” as Prime Minister Justin Trudeau put it—may be the Canadian way, it’s not the American way. Here, we have to assert ourselves, be loud and bold to be heard and make a difference. As a young first generation immigrant, Sen quickly realized the importance of smiling. “When I stopped smiling like a good immigrant, I risked becoming a bad immigrant, an ungrateful immigrant—an angry brown woman,” she writes. “The smile was my road to becoming American. I did not know I would find anger at the end of the journey.”

For so many immigrants at this critical juncture, it’s time to smile less. Instead, let’s “take a stand, speak out, act now!” Even my father-in-law in Canada would agree, I’m sure.

Murali Kamma’s debut collection of short fiction, Not Native: Immigrant Stories of an In-between World, will be published next year by Atlanta-based Wising Up Press.