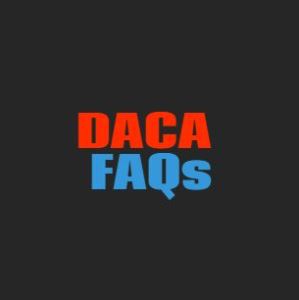 On September 5, 2017, President Trump ordered an end to the Deferred Action for Childhood Arrivals (DACA) program that shields young undocumented immigrants from deportation. Urging Congress to pass a solution for the “Dreamers,” he said the existing program would be phased out in six months.

As early as March 2018, officials said, some of the 800,000 young adults brought to the United States illegally as children who qualify for the program may lose jobs, have to leave studies, and risk being deported. However, there are several bills in Congress which could bring a resolution, such as the Dream Act, the American Hope Act, RAC Act, etc. In addition, several lawsuits have already been filed against the Trump administration by numerous states, universities, and individuals. As this happened suddenly, many Dreamers are anxious and have questions.

• Is my current DACA still valid and for how long?
Yes, if you have a current DACA and work permit (EAD), they are valid until the expiration date.

• What if my EAD card was lost, stolen, or destroyed but was still valid?
You can file a Form I-765 and request a replacement card, which will have the same expiration date.

• Can I still travel with my current Advance Parole document based on DACA?
Effective September 5, 2017, USCIS will no longer approve any new Form I-131 applications for advance parole based on DACA. Those with a current advance parole will retain the benefit until it expires. However, CBP will retain the authority it has always exercised in determining the admissibility of any person presenting at the border. Also, USCIS retains the authority to revoke or terminate an advance parole document at any time. USCIS has basically stated that you travel at your own risk.