Basking in the Blue Glow 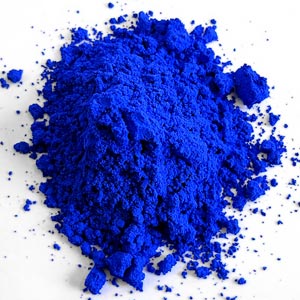 Mas Subramanian, a chemistry professor at Oregon State University, made his subject brighter when he developed a vibrant new blue pigment called YInMn Blue. The nontoxic pigment gets its name from three elements—yttrium, indium, and manganese. It generated wide excitement, even drawing the attention of auto and paint manufacturers, not to mention the makers of crayons.

Tell me about your journey. What made you interested in chemistry in the first place?
When I was finishing high school, I used to go to the British Council, and one day I read a book about scientists. I was really attracted by the example of Linus Pauling, Nobel Prize winner and peace activist. It was interesting that I share his birthday, February 28. I was drawn toward how he lived his life and became fascinated by the chemistry he had worked on, understanding materials and their properties. That was my early hook.

Your work came to our attention because of your discovery of a new blue pigment. You have said that you have to be in the right place at the right time and also in the right mindset to make discoveries. What do you mean by that?
In science you can't predict everything. Nylon was discovered by accident at DuPont, where I worked for many years. Doing research is like a journey. There's a destination you want to reach, but you never know what fascinating things happen along the way. I was not looking for a blue pigment. I came to Oregon State University to work with electronic materials.

The material I discovered, YInMn Blue, was supposed to be a computer-related semiconductor material. But, as they say, luck favors the alert mind. When my student was making this compound with indium and manganese-containing compounds, I was in the lab. When he pulled out a sample, I saw this beautiful blue and, at first, thought there was a mistake. Manganese forming this bright blue seemed unusual. We needed to pursue this and see what happened. So it turns out that this compound made for good pigment properties. I was shocked when it became such a big sensation, probably because everybody in popular science knows that blue is really difficult to make. We got so much attention because we revealed a nontoxic approach to blue.

What is the next step? Where do you want to take this?
I certainly have an ambition to make more discoveries in the field of colors and pigments. Our immediate goal is to find a red pigment which is nontoxic, just like the YInMn blue, because most of the red pigments, cadmium red for example, are toxic. Finding a red pigment which is stable and nontoxic and can be used everywhere will be a challenge. I still also have a goal to find a room-temperature superconductor and do research on quantum computing materials. 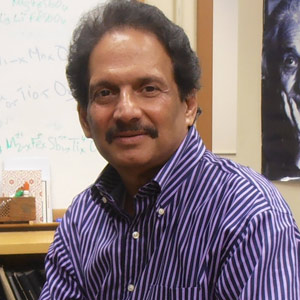 Tell me about what keeps you excited, about what keeps you going in the lab.
After so many years, as a scientist, I really enjoy the process of discovery. We are looking for things and materials, which nobody knows exist yet. So what fascinates me is holding something in my hand which people are looking for and you were the first person to see it because you made it. And also you understand where the material comes from and how. For example, I'm sure that a room-temperature superconductor exists. We can design a compound from the periodic table but it also takes imagination, creativity, and innovation. You're merging all of this in the lab.

What advice would you give to our readers? What would you want them to take away?
You should never give up, because there is no substitute for working hard. Luck is an important part of the whole process, but luck alone does not play a role. For every success, there are hundreds of failures. We don't talk about failures because they are not pretty. To get one successful experiment, you have to undertake those attempts to make the discovery. What we do is like a journey. The journey is more important than the destination. You may not reach the destination you’re looking for, but the fact that you took the journey itself is extremely important because you are going to see things which you never expected.