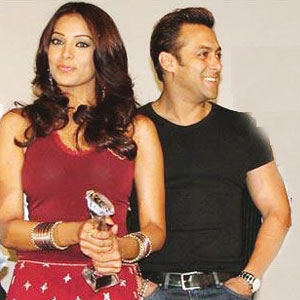 Salman Khan, who turned 47 on December 27, hosted a low-key bash on the eve of his birthday, at his residence this time instead of his farmhouse at Panvel. Among those present at the do was Sallu’s former flame, Sangeeta Bijlani. But the surprise guest who turned heads at the party was Bipasha Basu. Bips’ former beau John Abraham and Salman are known to share cold vibes. Conspicuous by her absence was Katrina Kaif.

Shah Rukh Khan’s best friend Karan Johar and Salman Khan are the new buddies in tinsel town. At the Dabanng 2 premiere, onlookers were surprised to see Karan by Salman’s side throughout. “They were inseparable,” said a guest. Karan didn’t even attend SRK’s New Year bash in his sprawling Dubai mansion, raising eyebrows.