Madhuri Dixit, Anil Kapoor to reunite on screen after 17 years 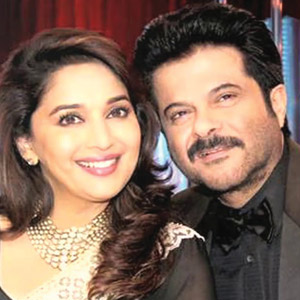 There is some good news for those who have been missing the hit pair of the 90s, Madhuri Dixit and Anil Kapoor. Yes, the two popular stars are all set to reunite on the silver screen after a hiatus of 17 years, for the film Total Dhamaal, the third in the Dhamaal franchise. The comedy, which also stars Ajay Devgn, Riteish Deshmukh, and Arshad Warsi, is being directed by Indra Kumar. “Getting Madhuri and Anil together again is a dream,” he gushes.

Madhuri and Anil were last seen in Pukaar in 2000. Together they gave hits such as Beta and Jamaai Raja.