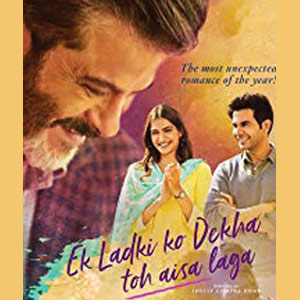 Ek Ladki... prides itself on being the first mainstream Hindi film to make lesbian love as its central theme. Yet, the treatment is so sanitized that it can leave you a bit frustrated. Having said this, it is this very restraint in dealing with something as niche or controversial as this that can appeal to many in the audience. At its core, this movie wants to tell us this one truth: We are all ‘different’ and need the space to become what we want to be.

A besotted struggling playwright Sahil Mirza (Rajkummar Rao) follows his muse Sweety (Sonam Kapoor) from Delhi to Moga town in Punjab, only to be told by her that she is already in love—with another girl! (The build-up, though, to that moment seems too elaborate.) Beeji (Madhumalti Kapoor), Veerji (Abhishek Duhan), and Papaji, Balbir (Anil Kapoor) provide the quintessential family drama which does have its moments. A ‘play within a film’ device is used interestingly towards the end to ease Balbir and his conservative family into accepting Sweety’s truth.

Solid performances by the ensemble cast make up to a great extent the flaws in the writing. Though much of the entertainment comes through the romantic comedy between Anil Kapoor and the ever perky Juhi Chawla (who plays a caterer), the two actors who really stand out are Abhishek Duhan as Sweety’s brattish brother and new face Regina Cassandra, who plays Sweety’s romantic interest Kuhu, though one wishes she had been given more screen time. 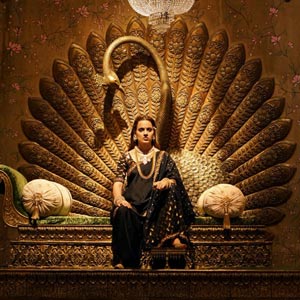 (Left) Manikarnika: The Queen of Jhansi