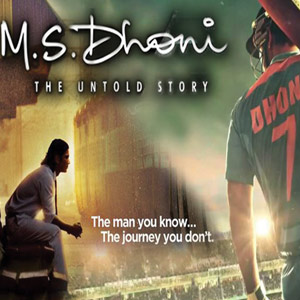 Terrific performances by the ensemble cast, led by Sushant Singh Rajput in the eponymous role, override the shortcomings of this biopic. Yes, M. S. Dhoni: The Untold Story is a far from perfect film, mainly because the director plays it safe, steering clear of the controversies associated with Captain Cool’s blazing tenure, barring a fleeting mention of two.

First, the positives. Pandey’s recreation of life in a small town is brilliant. There is an authentic feel to everything with not a false note struck. So the early scenes featuring the young Dhoni’s family and his bunch of loyal friends ensure that you are completely hooked to what’s going on, and are smiling, too. Special mention here must be made of Rajesh Sharma as quirky cricket coach Banerjee, who spots Mahi’s potential on the school football field.

It is in the second half that the film falters and becomes ‘Bollywoodish,’ with a good dose of romance thrown in, reducing our cricketing hero to a filmi hero! The girls, Disha Patani and Kiara Advani, however, do full justice to their roles. It also seems disjointed at places and hastily edited. For instance, we never get to know when MS is elevated to captaincy. After all, it is a landmark moment in any cricketer’s career.

As far as acting goes, you can’t fault Sushant Singh Rajput in his portrayal of one of India’s most successful and endearing cricket captains. He gets everything about Dhoni bang on: his accent, the body language, and most importantly, his game. He even replicates Dhoni’s shots to the T! 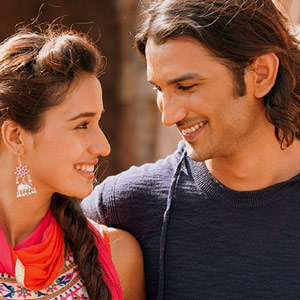