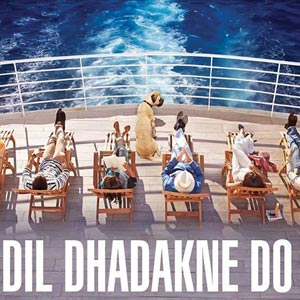 With Dil Dhadakne Do, Zoya Akhtar again once delves into the inner lives of the rich and the privileged. Problem is, you begin to get a bit restless with their problems because these are after all, problems of the rich, though there is an earnest attempt to explore them. But the movie is so glossy and gorgeous looking that it camouflages the depth within, making it look shallow and facile at times. However, there are great moments in terms of acting and drama.

Welcome to the world of the messed-up Mehras, Kamal (Anil Kapoor) and his wife Neelam (Shefali Shah) and their children, daughter Ayesha (Priyanka Chopra) and Kabir (Ranveer Singh), who, along with an assortment of relatives and friends, embark upon a luxury cruise in the Mediterranean to celebrate the 30th wedding anniversary of the senior Mehras. Of course, they have no idea that this trip is about to change their perceptions forever. Oh yes, there’s a fifth member, the family’s pet bullmastiff, Pluto, who speaks in Aamir Khan’s voice! A gimmick, which actually proves to be quite an irritant.

Apart from Anil Kapoor and Shefali Shah who are absolutely riveting as the senior Mehras, it is Ranveer Singh who floors you with his nuanced act. As Kabir Mehra, he strikes the right balance between innocence and maturity and is splendid in every scene he appears in. Farhan Akhtar, who has also written the dialogues, shines in his cameo, and Anushka sizzles in hers.

In the ultimate analysis, this imperfect film about a dysfunctional wealthy Punjabi family stays afloat mainly because of its humor and winsome performances, especially those of Anil Kapoor, Ranveer Singh, and Shefali Shah. 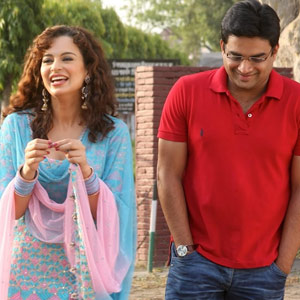