SRK turns 50, Salman drops in at midnight to wish him 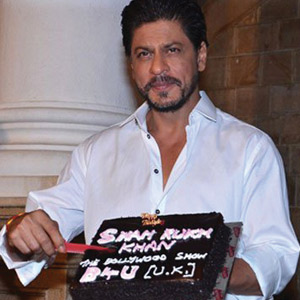 Friends-turned-foes-turned-friends again, Shah Rukh Khan and Salman Khan seem to have buried the hatchet for good. As SRK turned 50 on the intervening night of November 1 and 2, Salman came to his house at midnight to wish him. “Shah Rukh is a friend,” tweeted Sallu later.

It was a scene straight out of Om Shanti Om—SRK stood on the balcony of his house, and blew kisses to his fans, who had begun gathering outside even before the clock struck 12! “Didn’t ever realize living will be so beautiful. Thanks all,” gushed Shah Rukh later.