Vinod Khanna is no more 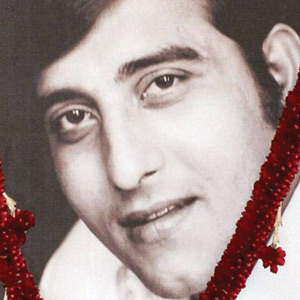 The Mumbai film industry was plunged in gloom as well-known actor Vinod Khanna breathed his last on April 27, after battling bladder cancer for many years. He was 70. Launched by Sunil Dutt in his home production Man ka Meet in 1968, the handsome actor took on villainous roles early in his career, before he became a popular leading man, almost rivalling Amitabh Bachchan in superstardom. Who can forget Vinod in Muqaddar ka Sikandar and Amar Akbar Anthony, in which he, along with Amitabh, enthralled cine-goers. However, it was Gulzar’s Achanak that changed Vinod’s image. Among his other memorable films are Imtihaan, Mere Apne, Shaque, Chandni, and Lekin.

Vinod was at the peak of his career in the 80s when he decided to give it all up to join Osho Rajneesh’s ashram in the United States, a move that shocked his colleagues and fans. He returned to films after a hiatus, and later joined politics. He was last seen in Shah Rukh Khan-starrer Dilwale in 2015.