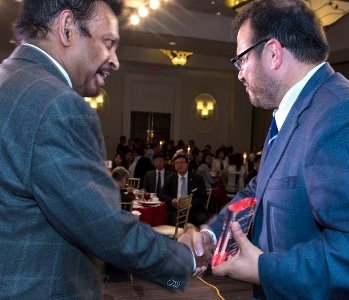 In the spirit of the Asian American Heritage Month celebration, the Georgia Asian Times annually documents the changing of power and the continual shifting of influence of Asian Americans in our communities. This year’s list included individuals who made an impact in arts, business, government, politics, social work, education, healthcare, and areas that influence every aspect of Georgian’s daily life. Some names are familiar as they continue to strive to make our community a better place to live. New faces are recognized for their effort and dedication to make a difference in the community. The list is made possible by the GAT editorial staff and a selection committee comprised of community, civic, and media representatives. 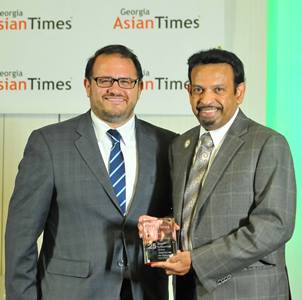 Dr. Indrakrishnan holds a dual faculty position as a Clinical Professor of Medicine at both Emory University School of Medicine and now also at Philadelphia College of Osteopathic Medicine (PCOM) in Suwanee. He was appointed by Governor Nathan Deal to the Georgia Board of Physicians Work force which focuses on the rural healthcare of Georgia. The board regularly interacts with legislators and provides gives the feedback to both the Senate & House bills.

Dr. Indran has a passion for promoting awareness and prevention of colorectal cancer and currently serves on the Board of Fight Colorectal Cancer, a not-for-profit patient advocacy organization. His advocacy has resulted in Gov. Deal declaring the month of March as Colorectal Awareness Month in Georgia for the past five years. Dr. Indran’s advocacy also prompted the White House to declare March 2018 as the National Colorectal Cancer Awareness month.

A previous recipient of this award in 2016, Dr. Indran continues to reach out; he is also on the Development Committee of Rainbow Village in Lawrenceville, GA, an NPO charity organization which helps homeless women with children by providing accommodation and job training. For his advocacy and contributions to the community, February 14, 2018 was declared as Dr Indrakrishnan Day in Georgia (resolution HR # 959) by the legislators at the state Capitol.

Dr. Indran is married to Gayathri, a CPA by profession; their daughter Harini graduated from Emory University earlier in 2018 as one of the top 100 senior honorary graduates. 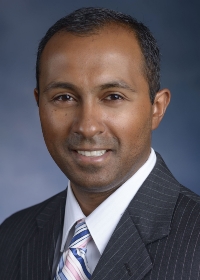 As Deputy General Counsel for Georgia State University, Bharath has led the $400 million redevelopment of Turner Field, helping build linkages with the community and transforming an impoverished neighborhood. He has also played a key role in the launch of GSU’s Creative Media Industries Institute for the film and entertainment industry.

Pabs established Tours Limited, a destination management/tour operating company, in 2008. The company is now a multi-million dollar business, serving hundreds of business clients and thousands of traveling customers. Tours Limited is a predominantly women-managed company; the team is trained by Pabs to conduct meticulous tours for travelers and visitors from abroad, both in the USA and other contiguous countries, and thus helps to generate employment opportunities for local communities at various tourist destinations. 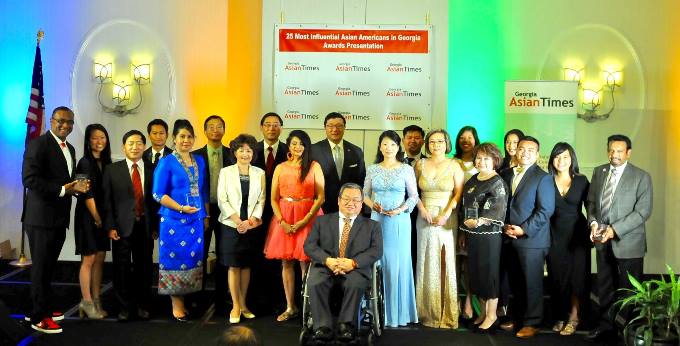