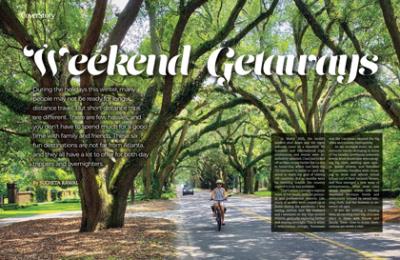 During the holidays this winter, many people may not be ready for long distance travel. But short-distance trips are different. There are few hassles, and you don’t have to spend much for a good time with family and friends. These six fun destinations are not far from Atlanta, and they all have a lot to offer for both day trippers and overnighters. 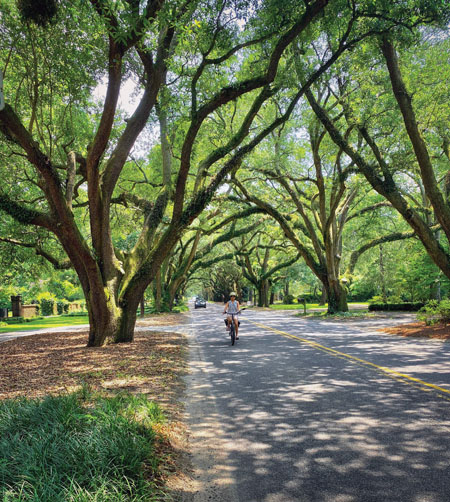 In March 2020, the world’s borders shut down and the travel industry came to a standstill. All domestic and international trips, conferences and events were indefinitely canceled. I had just ticked off an item on my bucket list—a trip to Antarctica, which had been my 7th continent to travel to—and was about to reach my goal of visiting 100 countries. But as months went by, traveling outside the country started to look less probable.

That’s when I turned to explore more of the South, both for personal and professional reasons. Like many of us who were cooped up at home during the pandemic, I was having restless feet. My husband and I ventured on day trips around Atlanta, gradually exploring farther and staying overnight. This is when I rediscovered Georgia, Tennessee and the Carolinas—beyond the big cities and touristy destinations.

As we surveyed more, we saw common trends emerging in some of the smaller, previously unknown towns. More Americans were escaping big cities, seeking open spaces, leaner crowds, and friendlier communities. Families were choosing to work and attend virtual school out of their vacation homes, and thus emerged a new wave of entrepreneurs. What were once sleepy desolate towns now had renovated boutique hotels and restaurants helmed by award-winning chefs, and fun festivals to entertain all ages.

If you are seeking a relaxing time, an exciting road trip, or a new place to share with friends and family, these close-to-home destinations are worth a visit. My first trip after businesses reopened, in May 2020, was to Chattanooga on the border of Georgia and Tennessee. I had already seen the well-known attractions— Ruby Falls and Tennessee Aquarium. This time, I wanted to keep the social distance and be outdoors. We stayed at a cozy bed-and-breakfast overlooking the city, called the RiverView Inn, and drove to Lookout Mountain, the highest point in the area, to breathe fresh air. 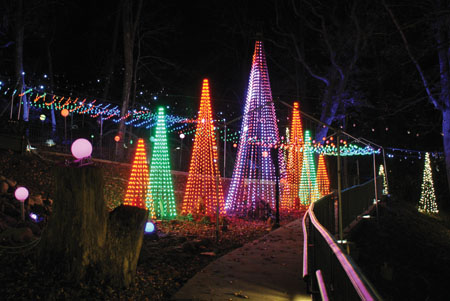 The entrance fee to Rock City’s famous geological gardens had been reduced and advance reservations meant that we could walk through the narrow rock formations and suspended bridges without having to rub shoulders with other tourists. It was also refreshing to have the scenic viewpoints all to ourselves— we could freely look across seven states and take as many photos as we wanted with waterfall backdrops without feeling that we were blocking space. The animated characters, along with sound and lights, at the Fairyland Caverns and Mother Goose Village located at Rock City are sure to please little ones, though I was equally excited to relive the storybooks I had read as a child. Rock City’s Enchanted Garden of Lights is put up until January 2nd every year when it features a winter wonderland with one of the world’s tallest Christmas trees, twinkling lights and holiday shopping.

Downtown Chattanooga had also changed since my last visit there. The opento- pedestrians Walnut Street Bridge and waterfront areas were scattered with street artists, live musicians and food trucks to entertain joggers, bikers and walkers. Now surrounding the historic hotel, The Chattanooga Choo Choo, are a number of new bars and restaurants with outdoor seating.

Though there’s a marathon, concert, market or festival taking place practically every weekend, there’s a Holiday Market during the first three weekends in December. At the Chattanooga Convention Center, you will find over 200 local vendors selling unique holiday gifts, crafts and food. I had driven past Macon on I-75 South, generally heading to the beaches of Georgia and Florida. But this time around, I made a pitstop to learn about Macon.

Downtown Macon once was one of the most important cities in the South, established by famous artists, socialites and politicians. There are over 6,000 historic buildings across 15 historic districts, each telling a story about ghosts, music, people and culture. A walking tour with Rock Candy Tours oriented me to the first African American-owned Douglass Theatre, Broadway musicals at The Grand Opera House, and the tunes of Macon Symphony Orchestra— all of which are still operational. 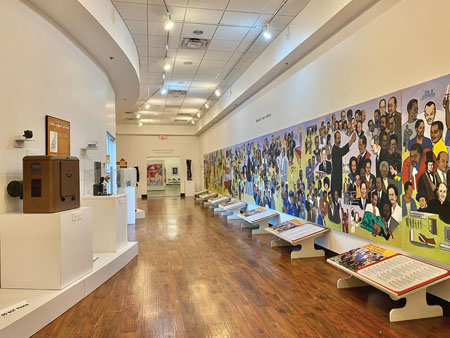 Though I wasn’t exposed to Southern rock and soul music before, I enjoyed learning about famous bands such as The Allman Brothers Band, Otis Redding and Little Richard, who all recorded their albums in Macon. Funded by Mercer University, the newly renovated Capricorn Records highlights Macon’s music history and memorabilia in a modern multi-use space.

Another must-see landmark in Macon is the Tubman Museum, the largest museum dedicated to African American history, art and culture in the Southeast, named after the American Civil War activist Harriet Tubman.

The best time to visit Macon is in March, during the annual International Cherry Blossom Festival. Over 350,000 blooming pink and white flowering Yoshino cherry trees make you feel like you traveled to Tokyo. There are also lots of performances, galas and family-friendly events during this time, attracting hundreds of thousands of visitors. 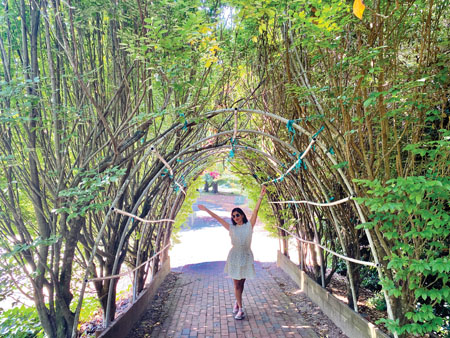 Named the best small town in America by Southern Living magazine, Aiken is an elegant destination known for its arts, sporting facilities, nature and equine pursuits. The once “winter colony” of the active and restless privileged Northerners now attracts authors, artists, retirees and horse lovers from all over the country. Even the ruler of the Emirate of Dubai had his horses trained here. Plan your visit to see the spring steeplechase in March, derby matches in May, Christmas crafts markets in November, and Festival of Trees held through the month of December. 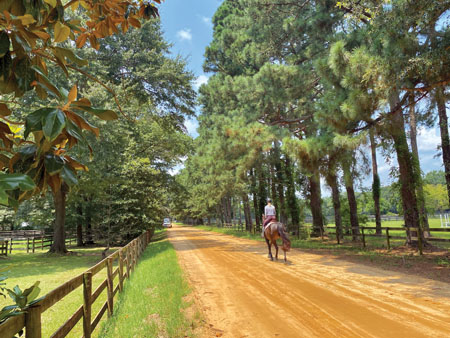 Spring is the best time to bike through one of America’s largest urban oak forests, Hitchcock Woods, and stroll through the scenic Hopeland Gardens. Stay and dine at the historic Willcox Hotel, where the esteemed guest list includes Winston Churchill and Harold Vanderbilt. I, for one, was fully enchanted by the lovely streets lined with magnolia and oak trees, the romantic alleys, and the leisurely pace. 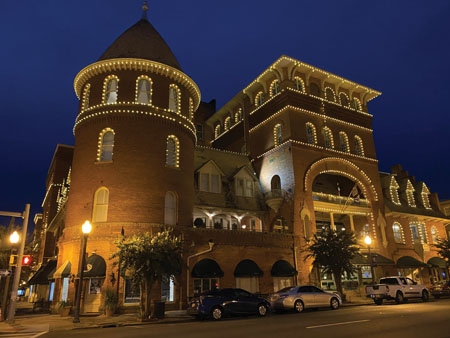 Rarely do you expect to dine next to billionaires and past presidents while on vacation, but in Americus you never know who is sitting around the corner. Former U.S. president Jimmy Carter lives a few miles down the road (in Plains, Georgia) and is often seen dining at Rosemary and Thyme Restaurant, located at the 125-yearold Victorian-style Best Western Plus Windsor Hotel in downtown Americus. The opulent hotel has changed hands several times and undergone millions of dollars in renovations, establishing itself as an iconic model for a downtown that’s being slowly restored. 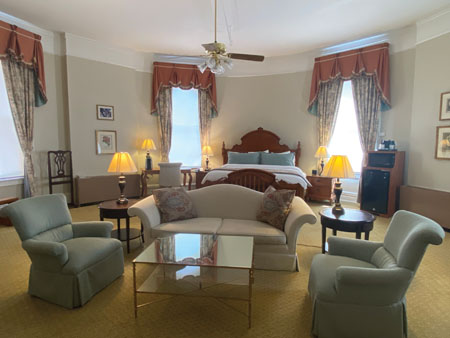 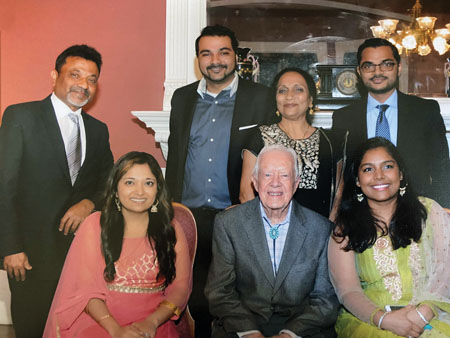 The owners, Sharad Patel and his family, have hosted the Carters too. After reopening, Patel named his best oval suite after the most famous local resident—the Carter suite. He has added the Indianspiced cilantro grouper to the menu and will happily create spicy dishes (his signature is lamb) upon request.

For a fun ride, board the 1949 vintage cars on the historic SAM Shortline Railroad. This exciting journey stops at Archery, Plains, Americus, Leslie, Georgia Veterans State Park and Cordele. Holiday-themed trains include onboard gifts, hot chocolate and cookies with Santa. 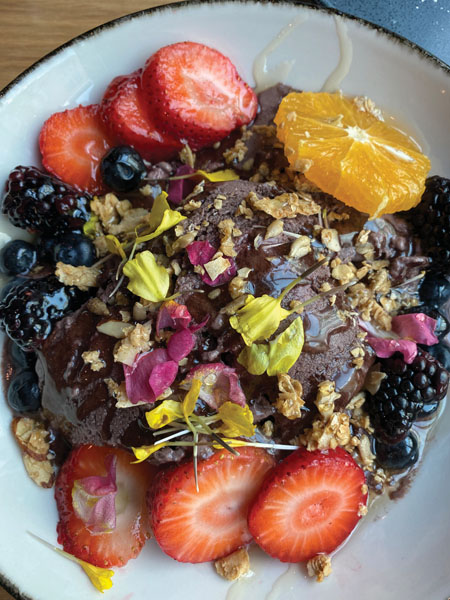 Greenville has lately become one of the fastest growing cities in the South. Having heard highly of the celebrated multi-day food and music festival event, I attended Euphoria Greenville only in its 16th year in September 2021. The annual festival gave me an opportunity to taste a variety of locally made foods and drinks and to meet a number of recently transplanted residents. The small town has attracted big name chefs and creative folks to open New American and eclectic dining establishments, and now there are well over 1000 to choose from! If you’re craving flavors of home during your visit, there are vegetarian, North and South Indian options at Saffron, Handi, India Palace, Swad, and Persis Biryani Indian Grill. Recent accolades for Greenville include “#1 Under-the-Radar Southern Food Destination” by Zagat, the “Next Big Food City of the South” by Esquire, and one of “The South’s Tastiest Towns” by Southern Living.

The revitalized downtown Greenville looks like a miniature version of a walkable big city, with urban parks, boutiques and a variety of restaurants. The Fall Park on the Reedy, with its bridge and waterfall, is small yet scenic. While strolling along the three blocks of Main Street during a weekend, you will come across families (complete with four-legged members) shopping at the morning farmers market, admiring over 100 public art displays, and listening to live music at one of the outdoor venues.

There are a number of branded hotels in downtown Greenville, including The Westin Poinsett, AC Hotel by Marriott, Hyatt Regency. But if you want to experience a Tuscanstyle getaway amidst mountains and vineyards, head to Hotel Domestique in neighboring Travelers Rest. A perfect place to stay, there’s also a 22-mile-long Prisma Health Swamp Rabbit Trail nearby that has won awards for its biking paths. 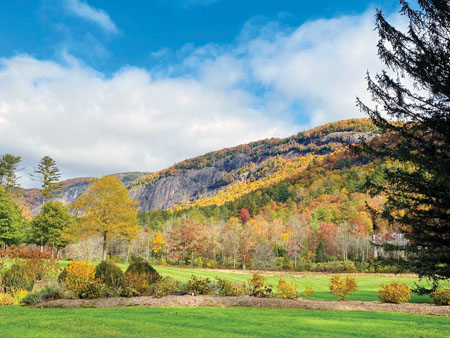 One of the most scenic drives of my life happened to be just two hours north of Atlanta! The windy roads on Highways 64 and 107—via Highlands, Cashiers and Sylva— took me through the beautiful Appalachian Mountains, dense forests, striking waterfalls, and along trout-rich Nantahala River. In October- November, the 5,000 feet high western North Carolina mountains are covered in hues of red, orange, yellow and green, making it an ideal place to go “leaf peeping.” My favorite way to enjoy the fall colors was via an easy hiking trail on Whiteside Mountain, though there are plenty of golfing, biking, fishing and boating options as well. 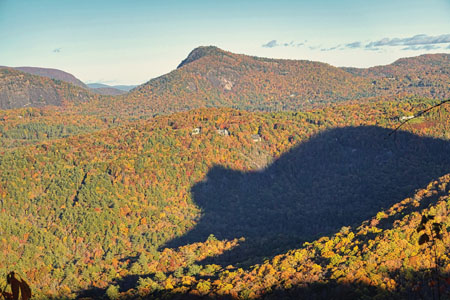 From the Rhodes Big View Overlook, on a clear sunny evening, I got to see a rare natural phenomenon that takes place only during two weeks in a year (in spring and fall) when the sun’s shadows cast on Cashier Valley create interesting animal shapes—turtle, mouse, dog and, eventually, a “Shadow of the Bear.”

With easy access to Lake Glenville, Gorges State Park and Panthertown Valley (called Yosemite of the East), the mountain town of Cashiers is designed for outdoor enthusiasts. But there are lovely renovated hotels—High Hampton Resort, Hotel Cashiers, The Wells Hotel Cashiers—that make for warm and luxurious basecamps.