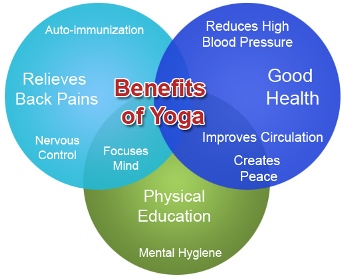 Over 20 million people practice yoga daily in the US. This popularity is unprecedented and increasing worldwide. Is there any science behind yoga? Should you be practicing yoga for your health? Yes, and yes.

Harvard researcher Dr. Khalsa points out that systematic education for psychological health is lacking in schools and society, for dealing with stress, emotion, attachment, grief, tension, and the wide array of associated physical symptoms1. So we are burdened with dysfunctional attitudes, maladaptive behaviors, distress, and mood disturbance, as well as lower sense of well-being and impaired quality of life—all of which can lead to or exacerbate medical and psychiatric conditions.

Sudarshan Kriya Yoga (SKY), taught by The Art of Living Foundation, has been used by over 6 million people to alleviate stress, anxiety, and depression. Dr. Brown from Columbia College of Physicians and Surgeons and Dr. Gerbarg from New York Medical Center reviewed the research and proposed a neurophysiologic theory for the efficacy of SKY2 by looking at polyvagal theory and vagal nerve stimulation to enhance our understanding on how SKY works.

Fibromyalgia syndrome (FMS) is a chronic condition with pain, fatigue, cognitive disturbances, sleep disorders, and somatic and psychological distress. Lauche and co-workers found that mindfulness-based stress reduction might be a useful approach for FMS patients4. Jones and his group also studied 4,986 people with FMS and agreed5.

Jerath et al.6 suggest that using meditation and breathing techniques as first line treatments, rather than medication, may be a superior method to address whole body changes that occur in anxiety, stress, and depression—major health issues.

Naveen et al. studied the effect of yoga vs. medication on depression7 for three groups: medication-alone, yoga therapy-alone, and both. Depression improved in all groups, but the yoga groups had greater benefit than antidepressant alone. The yoga-only group also had a rise in levels of BDNF, a key modulator of neuroplastic changes that has been implicated in depression.

While yoga has been part of Indian culture for ages, collecting evidence for scientific research has been a recent phenomenon, and modern science is still in its infancy in understanding yoga. Results so far suggest that 15-30 minute daily practice of yoga has significant health benefits. Dr. Khalsa appropriately calls yoga ‘body/mind hygiene’ and should be incorporated into the healthcare system1. Several corporations in the US (e.g. Apple, Google, General Mills, Nike, etc.) offer yoga training for senior executives. ‘Search inside yourself’ is a popular course offered at Google.

And remember, although yoga has its origin in Indian culture and religion, it can be practiced secularly9.