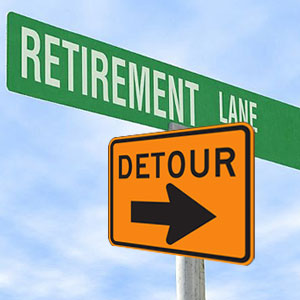 A noted economist disputes that generalization.

True or false? You may have heard this claim before (or something like it): “Many Americans are being forced to retire later because their savings and investments took a hit in the Great Recession.”

Recently, a big-name economist disputed that belief. In a commentary for Bloomberg, former White House budget director Peter Orszag wrote that some of the statistics don’t seem to back up this conventional wisdom, but perhaps it all depends on which statistics you cite.

A fact that can’t be ignored. In mid-January, a widely reprinted Washington Post article mentioned that since the start of the recession, the population of U.S. workers older than 55 has increased by 12% to 3.1 million.

Examining this Labor Department finding, the Post feature referenced longevity and the loss of traditional pension plans as contributing factors. It presented stories of older workers who didn’t think they could easily retire, and quoted respected commentators such as Alicia Munell, director of the Center for Retirement Research at Boston College, who remarked that “some of these people are just clinging by their fingernails to jobs.”

But is there more to the story? It turns out that Americans were trending toward staying in the workforce longer even before the recession. In 1994, Orszag notes, 43% of Americans aged 60-64 were working; in 2006, it was 51%. Nearly half of 62-year-olds went and claimed Social Security benefits in 1994, but 12 years later, less than 40% of 62-year-olds followed suit.

Orszag mentions another factor that may have kept older employees working during the recession: declining home equity. Put that alongside diminished IRA and 401(k) balances, and there was every reason to stay on the job these last few years.

However, just because older Americans wanted to keep working didn’t mean that they could.

In the 2011 edition of its respected Retirement Confidence Survey, the Employee Benefit Research Institute found that 45% of retirees ended their careers earlier than they wanted to, in many cases due to layoffs and health issues.

The percentage of employed Americans aged 60-64, which had steadily risen during the 1990s and early 2000s, has remained at roughly 51% for the past five years.

That brings us to Orszag’s central point: “The bottom line is that people’s retirement decisions aren’t always entirely voluntary.”

How about your retirement decision? Do you think you will retire when you want to retire? Are you prepared for retirement financially? A new year is a good time for a new look at the state of your finances and your retirement readiness. With astute planning, you might be able to retire sooner than you think.
--

Moneywise is hosted by Rajesh Jyotishi with Shalin Financial Services, Inc.  Rajesh is an investment advisor representative of Resource Horizons Group, L.L.C., a registered broker-dealer, and a member FINRA/SIPC. Advisory services offered through Resource Horizons Investment Advisory.  Rajesh has been in the insurance, investments and financial planning field since 1991.  For questions, he can be reached at 770-451-1932, ext. 101. RJ@shalinfinancial.com.